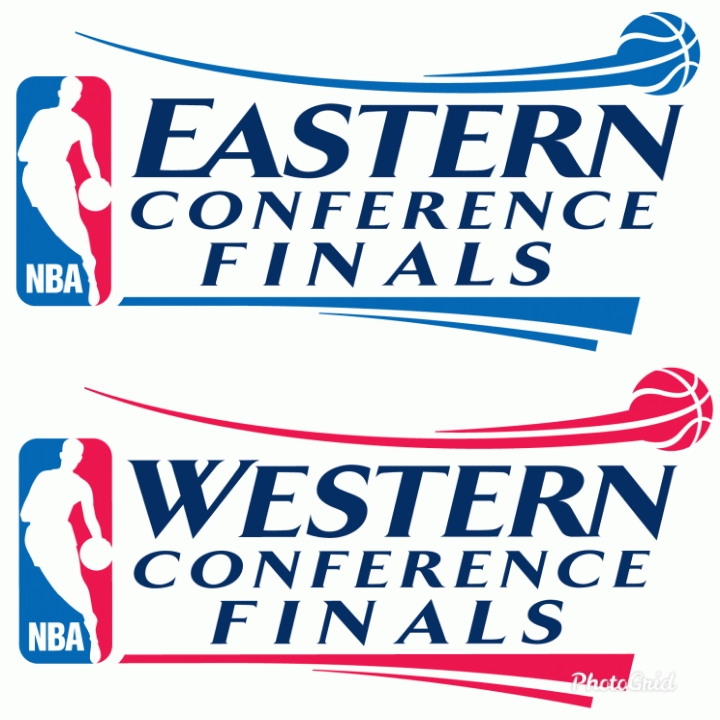 By Kyle OliveiraJune 22, 2021No Comments

After a wild and unpredictable opening two rounds, the NBA Playoffs have reached the conference final stage, where no #1 seeds remain and every team standing aims to break some sort of NBA title drought. In the West, the Los Angeles Clippers have reached their first Conference Finals ever as they take on the Phoenix Suns, another franchise that is yet to win their first championship. In the East, the Milwaukee Bucks are looking for their first title since 1971 after dispatching the heavily favoured Brooklyn Nets in a game 7 for the ages, and will be taking on the surprise Atlanta Hawks who haven’t won an NBA championship since 1958.

No matter how it shakes out, someone will be breaking a streak at the end of this postseason, and over the course of two thrilling conference championship series we will determine the two finalists who will be given that opportunity.

In this article, we will break down the conference final matchups in this year’s NBA Playoffs and evaluate the final four teams and their chances.

The Western Conference Finals started a bit ahead of schedule as the first game of the series had already been played before the Eastern matchup was even set. The Suns won Game 1 on Sunday by a score of 120-114 without their star point guard Chris Paul, who will also miss game 2 due to COVID-19 restrictions. Despite the loss, the Clippers performance was decent, especially considering their star Kawhi Leonard is still out from a knee injury he suffered against Utah in the previous round.

Without Paul, the Suns were once again led by Devin Booker who has proven his worth over and over again in this postseason, finishing with a 40-point triple-double, the first Suns player to do so since legend Charles Barkley. Also, former #1 overall pick Deandre Ayton continued his impressive playoff form on Sunday alongside mainstays Jae Crowder and Mikal Bridges. The Suns are a smart team that have incredible depth, and have the capability to win not only this series but an NBA title if they can play their cards right.

Even in a losing effort, Paul George impressed once again as he continues to shake off his past playoff failures. Without the emergence of George, there isn’t a chance the Clippers make it this far, and he will be crucial over the next week and a bit if LA has any hope of reaching the finals. Terance Mann has been a big surprise in these playoffs after his dominant game 5 showing against Utah, but he cooled off in Game 1 vs. the Suns. Depending on when Kawhi returns, Mann may have to find another gear for the Clippers to find success, as Reggie Jackson’s impressive scoring performances will likely balance out at some point.

The Suns have a 1-0 lead and home-court advantage in this series, and would be considered the favourite to most. Still though, the Clippers have shown a resilience that no team has had in franchise history, and are by no means out of this series, even if they lose Game 2. LA have trailed in both of the first two rounds 2-0 and came back to win, and they have the capability to do so again against Phoenix if Leonard can return and play like his normal self. The Suns have more depth and play more of a team game, but as we know, sometimes star power can control the game, and so this series may come down to Devin Booker vs Paul George/Kawhi Leonard.

The Suns will win if: Devin Booker continues to dominate and the surrounding pieces combine to create a major secondary scoring threat. Booker will need to play well enough to counter Paul George and possibly Kawhi Leonard, but the secondary scoring for Phoenix will be crucial if they want to win. With Chris Paul out for an unknown amount of time, many of the question marks surrounding the team move towards their offence. Everyone knows they can defend exceptionally well as a team and are incredibly well coached, but you need to be able to score to win in the postseason, and if Booker has an off night, someone will need to step up and provide production in a half-court setting when the Clippers defenders are locked in.

The Clippers will win if: Kawhi Leonard returns and plays near 100%. Leonard won a championship with the Toronto Raptors while battling through injury, and so he doesn’t need to be fully healed, but he has to play enough like himself to where he can turn a game on its head and take charge in the fourth quarter. It may seem like an oversimplification but it’s true, with or without Chris Paul, the Clippers don’t have enough to get past Phoenix without Leonard firing, despite their ability to take down Utah without him. The Suns are better than the Jazz, and Paul George would have to hit an even higher gear than he did in the previous series for them to advance without their star Leonard, something that will likely not be feasible.

Both Eastern Conference semifinals came down to the seventh game this past weekend, and the road-team underdog won in both, leading to a Bucks vs Hawks matchup that very few predicted when the playoffs began. Milwaukee managed to pull off a shock upset over the juggernaut Nets who in fairness were without Kyrie Irving and half without James Harden, but the result was impressive nonetheless. For Atlanta, Trae Young and company managed to dispatch ‘The Process’ against all odds, sending the Philadelphia 76ers home early yet again in what will be added to a long list of recent playoff agony. The Hawks are young (no pun intended), but they don’t play inexperienced, they play team basketball and have a number of guys that can catch fire from beyond the three point line and take over a game.

For the Bucks in this series, it’s easy to just look at Giannis Antetokounmpo and act like the team begins and ends there, but this is a Milwaukee core that is experienced and has a history of playoff success in recent years. Khris Middleton and Brook Lopez have played well this postseason (although Middleton struggled in game 7 against Brooklyn), and PJ Tucker has been a very welcome addition, especially on the defensive side of the floor. Antetokounmpo has been on a tear this postseason despite his meme-able free-throw routine and numbers, and pushed the Bucks over the edge against the Nets, which is what he’s going to have to do once more if Milwaukee hopes to reach the Finals. The issue is that the Toronto Raptors and others have created blueprints in the past to stop Antetokounmpo by crowding the paint and forcing the other guys to beat them, and Atlanta may opt for the same tactic. The Bucks simply do not have as much explosive power as the Hawks, and they’ll need to play a complete team game and get contributions from every cog in their starting lineup over the course of this best-of-seven series.

The Hawks are certainly ahead of schedule in 2021, reaching the Conference Finals and taking down some pretty stiff competition in the process. The defeat of the Knicks was a nice story, but the takedown of the top seeded Sixers showed their prowess, and put the rest of the league on notice. Some may call them underdogs against Milwaukee, but the Hawks have the ability to turn a game on its head in seconds, and are led by one of the best new superstars in the league in Trae Young. The team has more offensive weapons than just him though, with Kevin Huerter, Bogdan Bogdanovic and Danilo Gallinari, as well as powerful big men in Clint Capela and John Collins. Atlanta are an excellent all-around basketball team, and are not here by accident. They have a real shot at taking down Antetokounmpo and company and will look to do so with ball movement and big-time shot making, something that the Bucks struggled to do in their last conference final appearance.

The Bucks will win if: They can have supporting pieces make timely shots. It seems simple, but with the attention that will be placed on Giannis Antetokounmpo, the Bucks are going to need to make three-point shots in the fourth quarter and in key moments to win games and protect their home court. There will be immense pressure especially on Chris Middleton, who will have to prove his worth as a #2 option on a championship caliber team, as well as on Jrue Holiday who shot the ball horribly in the final few games against Brooklyn. Milwaukee will be relying heavily on their starting lineup, and so they’ll need big buckets from an assortment of starters besides Antetokounmpo if they want to finally get over the hump.
The Hawks will win if: Trae Young outperforms Giannis Antetokounmpo. There are many other factors in this series, but the biggest factor is that this is a superstar’s game, and Young will need to put his team on his back and takeover in certain situations late in basketball games. At some point, the Hawks will have to steal a game on the road, and their star point guard will need to explode in a big way, whether that be in terms of scoring or facilitating in order to stun the Bucks and take their Cinderella run all the way to the NBA Finals.