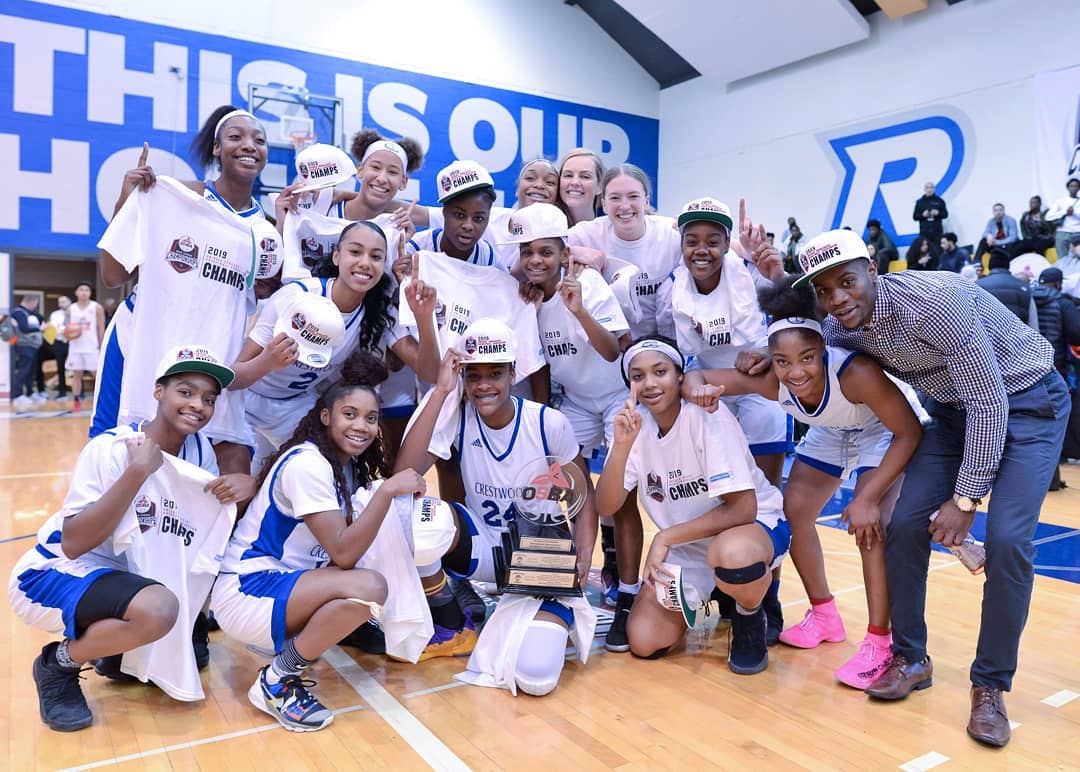 (Toronto, On) With the Biosteel All-Canadian Basketball Game coming up on Sunday March 31st, it is vital to reflect on the platforms allowing these elite Canadian high school basketball talent to blossom.

The OSBA is one of several elite high school basketball leagues. Two weekends ago, the OSBA Championships were hosted at Ryerson’s Mattamy Athletic Centre. For the women’s Championship game, the top-ranked Crestwood Lions maintained their undefeated season, dramatically coming back against Capital Courts. For the men’s, it was the battle of two lower-seeded teams, Thornlea Thunder versus the TRC Academy Wolfpack, with the latter convincingly defeating the fourth-seeded Thunder.

Here is a recap of the highlights from that special weekend.

THE THREE POINT SPECIALIST THAT TURNED THE TIDE

In the OSBA women’s championship game, Crestwood’s star player Aaliyah Edwards grabbed an offensive board after missing her own shot and the ball bounced into Kayla Drummond’s hands. She quickly dished it out to Rebecca Demeke, who had a tiny window to pull the trigger. She launched from deep and the arc of the long ball momentarily suspended in the air. With 2:46 left on the clock, she nailed the triple, tying the game at 62 apiece. It was her fifth triple of the second half and her most important shot of the season.

Three point specialists dream of hitting these dramatic shots and Demeke’s third consecutive three inspired OSBA Finals MVP Edwards to shoot her one and only three ball of the game. It splashed and gave Crestwood their biggest lead of the game at 64-61.

Just as Edwards had scored all 14 of her team’s first half points, she scored nine consecutive points until the Lions clawed their way back to a dramatic 71-70 victory. Edwards ended Capital Courts’ hopes of pulling an upset by grabbing an offensive board, drew a foul with 2.3 seconds left on the clock (she drew 14 fouls in the game) and most importantly, hit the second of her two free throws. She finished the game with 29 points, 11 rebounds and four steals.

OSBA League MVP Merissah Russell of Capital Courts faced off against Edwards in the game. The two have played together on provincial and national teams, but the matchup had a perfect story line. Ottawa’s underdog battled Toronto’s giant and the Louisville commit from the second-ranked team tested her mettle against the best player on an undefeated team.

Though Capital Courts dominated the first half 29-14, Russell was quiet. Edwards was far more dominant, scoring all 14 of her team’s first half points and held Russell to only four points on 2-for-10 shooting.

In the second half, Edwards got to the charity stripe 12 times and was consistently dominant, finishing the second half with 15 points and four monstrous offensive boards. Russell waited until the end of the third quarter to showcase her offensive weaponry. She used her jab step to score her two buckets and in the fourth, Russell’s crossovers and hesitation move gave Edwards some difficulty, dropping 10 points in the final frame.

All five of Crestwood’s starters have been selected for the Biosteel All-Canadian Game on Sunday March 31st. Aside from Edwards and Demeke mentioned above, First-Team OSBA All-Star Shyanne Day-Wilson facilitated the offense with seven assists and Kayla Drummond hit a pivotal three pointer mid-fourth quarter to narrow Capital Courts lead by three. Six-foot-four Latasha Lattimore had nine points and nine offensive rebounds (total 14 rebounds), which created second chance points for the Lions.

Despite the tough loss, the clutch plays of Capital Courts’ team captain and Second Team All-Star Micah Dennis cannot go unnoticed. She had 11 points in the third quarter, hitting a three to end Crestwood’s 8-0 scoring run. Three of her baskets came from using the screen and driving to the hoop. In the fourth quarter, Dennis widened her team’s lead to seven after hitting a floater and then stopping on a dime for another deuce.

She fouled out with 5:39 left on the clock and Crestwood exploited her absence by putting on their full court press. This resulted in three fatal and consecutive Capital Courts’ turnovers, which were converted into two of Demeke’s back-to-back threes.

Dennis has also been selected for the Biosteel All Canadian Game.