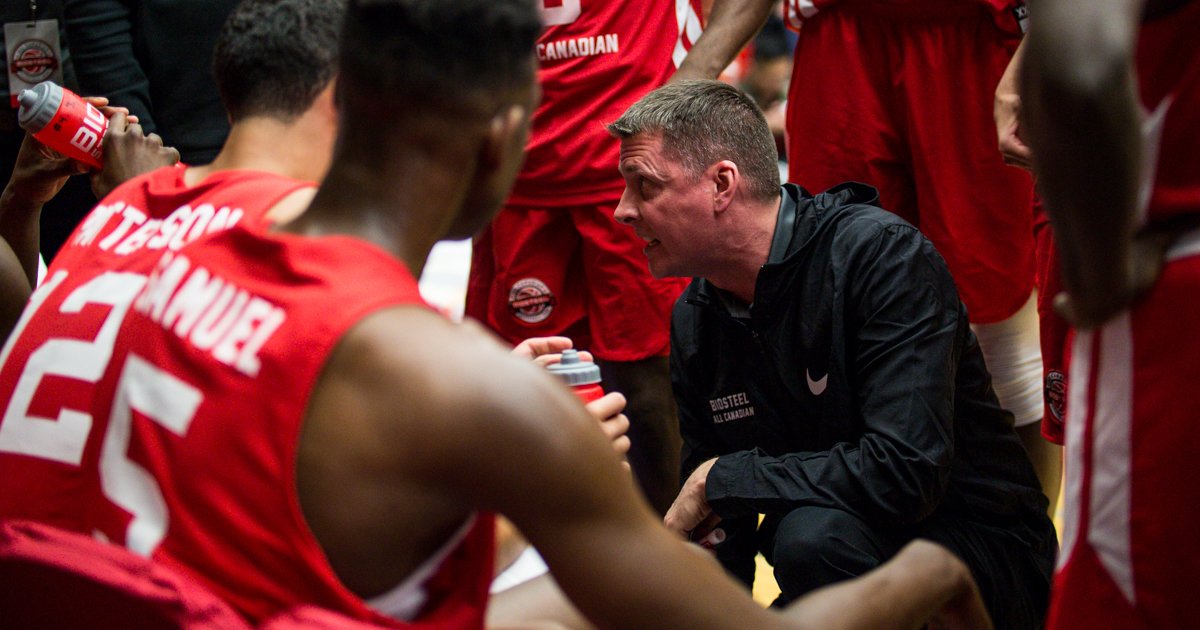 TORONTO, ON (April 2, 2019) – Canada Basketball is pleased to announce the hiring of Dan Vanhooren as Head Coach of the Boys’ U19 National Team.

“Dan has displayed the ability to successfully lead a winning program as demonstrated by back-to-back U SPORTS appearances with the Calgary Dinos,” said Michael Meeks, Manager, Youth Player Development. “After gaining valuable international FIBA experience last summer as a member of Team Canada at the FIBA U17 Basketball World Cup 2018, we feel that Dan has a strong understanding of our athletes and can further aid in their ongoing development, both on and off the court.”

Now in his 19th season as the head coach at the University of Calgary, Vanhooren was named U SPORTS Coach of the Year in 2018-19 after leading the Dinos to an undefeated 20-0 regular season record and their second consecutive U SPORTS Final 8 championship appearance.  Last season, Vanhooren and the Dinos captured their first national championship in program history.  Since taking over as head coach in 2000, Vanhooren has led Calgary to five Canada West conference championships.

Prior to joining the Dinos, Vanhooren served as head coach at Medicine Hat College while teaching in their Health Sciences faculty.  In 2000, Vanhooren led Medicine Hat to a bronze medal finish and was named the ACAC South Coach of the Year.

“I am honoured to take part and look forward to working with the Canada Basketball staff in pursuing the goals of the organization,” said Vanhooren.  “It is an exciting time in Canadian basketball with the number of players demonstrating such a high level of talent.  Our U19 coaches and staff should be equally excited to face the responsibility of continuing to develop our talent with similar enthusiasm and energy to those who have come before our group.”

Internationally, the Red Deer, Alta. native has served as an assistant coach with Canada at the Taipei 2017 Universiade and last summer at the FIBA U17 Basketball World Cup 2018.

Vanhooren is trained in Canada Basketball’s train to compete certification and holds a Masters of Sport Psychology from the University of British Columbia.

Canada’s youth men are currently ranked No. 2 in the world.