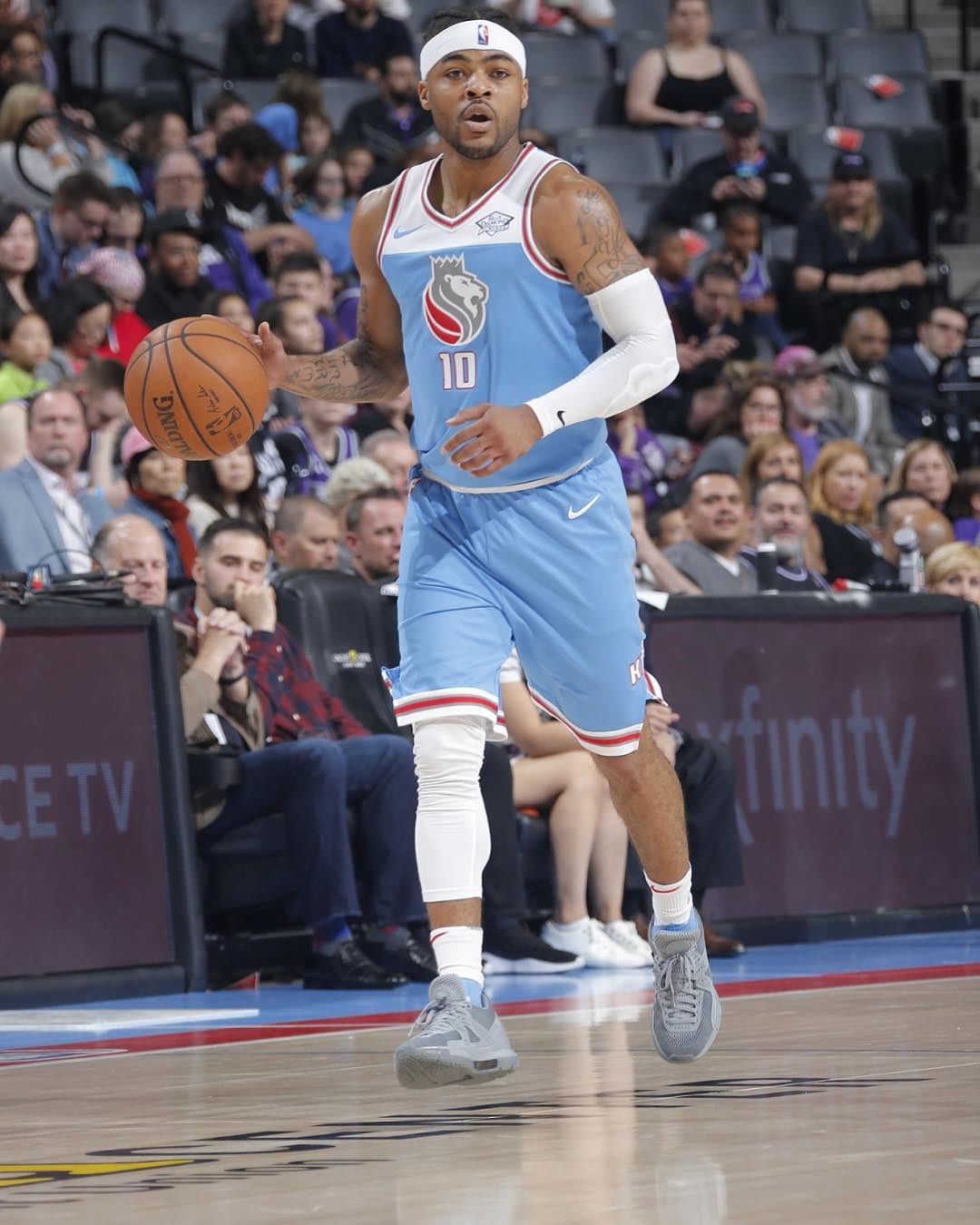 Mason III (5-11, 190lbs), a native of Petersburg Virginia, is coming off a rookie NBA season in which he averaged 7.9 points per game, 2.8 assists per game & 2.5 rebounds per game in 18.9 minutes per contest while appearing in 52 games for the Kings.

Mason III was selected by the Kings with the 34th pick in the 2017 NBA draft.

Known for his quick first step and playmaking abilities, Mason Jr. was an integral part of the Kings’ second unit.

“We are delighted to welcome Frank to the DSM family. He is as outstanding off the court as he is on the court. His remarkable accomplishments speak for themselves”, said Gary Durrant.

“His character, talent, work ethic and approach to the game is second to none. He is a consummate professional. We look forward to working with him and his family to build his brand and help him attain his goals on and off the court.”

A four year career at Petersburg in which he scored 1,901 points left him as the second highest scorer in school history, trailing only NBA Hall of Famer Moses Malone.

At the University of Kansas Mason III was the unquestioned leader as a senior. He became the first player in Big 12 history to average 20 points (20.5) and 5 assists (5.1) a game during the regular season.

“I’m extremely excited to be a part of the DSM family. Gary is a great guy and an agent who dedicates himself to his clients. He completely understands what players need in order to be successful on and off the court”, said Mason III

“I look forward to working with him and his team for many years to come!”

Mason III also garnered several conference and national player of the year awards in his senior season. These awards included:

Mason III’s father is Frank Mason Jr., his mother is Sharon Harrison and he has 7 brothers and sisters. Mason III also has a son named Amari.

At DSM exceeding expectations is not just a statement, it’s our normal. We aim to provide our clients with the right strategies both on and off the court. We listen to our clients’ goals and we work with them to develop a strategic plan that will help them achieve their full potential.

With Durrant Sports Management, our clients gain an entire team of industry professionals. We have a hands on approach to bring our clients’ brand to life.
Our commitment is the essence of our business. DSM is built on these core values; Integrity, Commitment, Loyalty and Service.