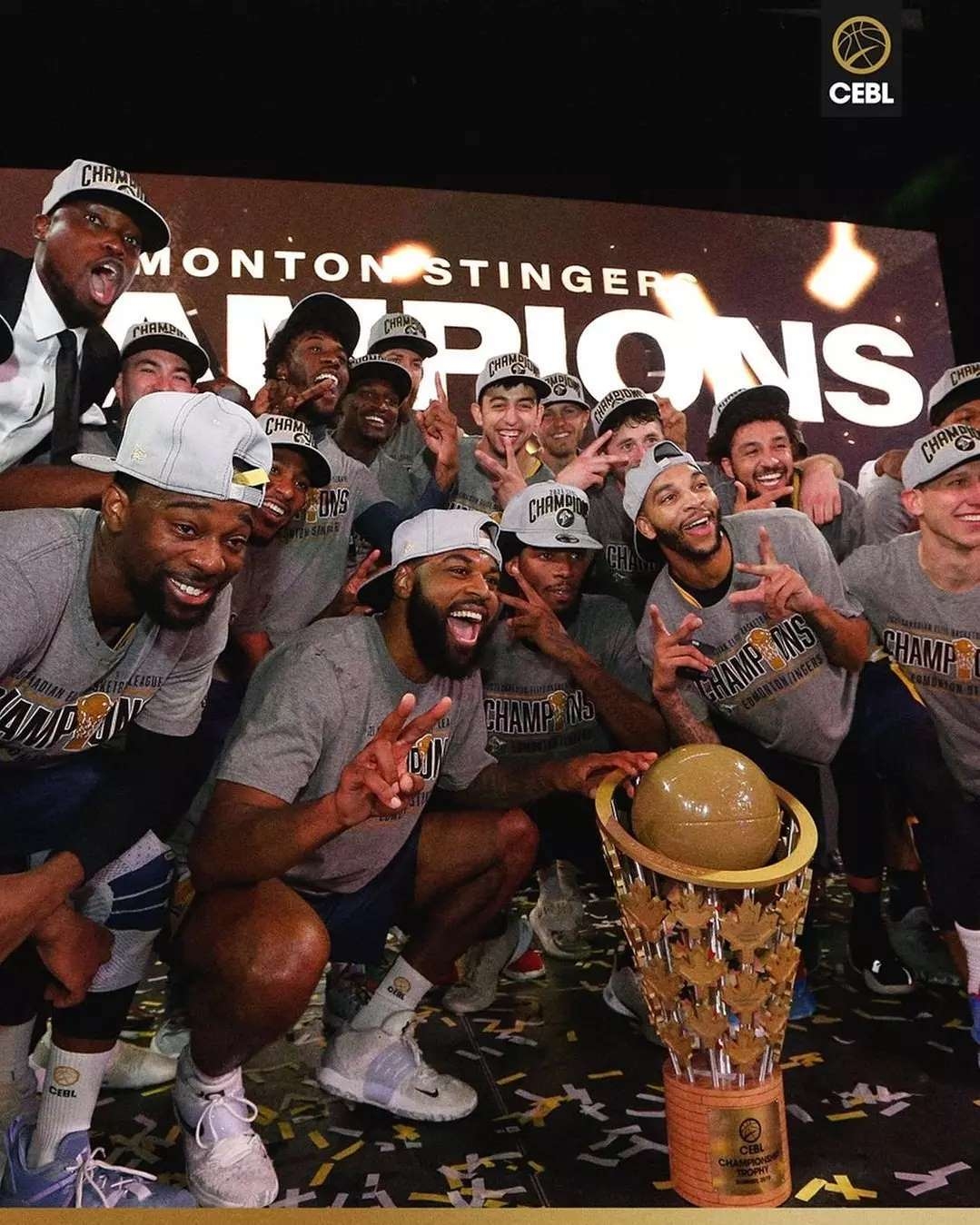 By David RoubenAugust 25, 2021No Comments

By defeating the Niagara River Lions 101-65 in front of their home fans, the Stingers left no doubt as to how much they wanted this. They were ruthless all season long, going 13-1 and blowing many of their opponents away with efficient team ball. Their only slip-up came against the Ottawa BlackJacks, who then played them to a tight contest in the semifinals. But once they overcame that hurdle, the only team that was going to beat the Stingers was themselves.

Edmonton also won the CEBL Championship last year, when the entire season was contested in a bubble. Whether they wanted to put on a show for their fans, or they weren’t satisfied with their first title, or the fact that they played host to the CEBL Playoffs, something drove the Stingers to play with an added intensity all year.

Since the inception of the CEBL, there has only ever been one MVP: Xavier Moon. He had his best season, leading the league in scoring and assists, just like he did in 2019. The fact that he was able to overcome voter fatigue is arguably the most impressive part. It’s also a testament to the Stingers that, in the one game he did miss, they hardly missed a beat as guys like Marlon Johnson and Jordan Baker were able to lead the offense.

But when the Stingers re-signed Moon heading into this season, they did so knowing that he was their foundational piece. Team president Brett Fraser described Moon as “a demonstrated basketball champion, team leader, and community superstar” when he signed his contract.

He lived up to all of those titles in the championship game, when he silenced the River Lions with 28 points and 10 assists. He also showed off his clutch gene by scoring eight straight points in the Elam Ending before hoisting his second straight Finals MVP.

It may not seem like it’s good for the CEBL to have a dominant superteam like the Stingers. But it pays to have someone you can call the face of the league, and Moon is exactly that. Plus, the talent around the league has been getting noticed. The River Lions had three of their players go off to Summer League in Xavier Sneed (Hornets), Javin DeLaurier (Hawks), and Tyree White (Bucks). While the championship loss stings, they can take a lot of pride in that.

And after COVID-19 delayed expansion plans, next season could see two huge markets joining the fray. The Scarborough Shooting Stars have officially been announced, while a Montreal team has been in talks for a while too. With the CEBL becoming a true coast-to-coast league, there will be a lot more eyeballs on them next year. And while the Stingers may be on top for now, they will have eight other teams that will be hungry to prevent them from three-peating.