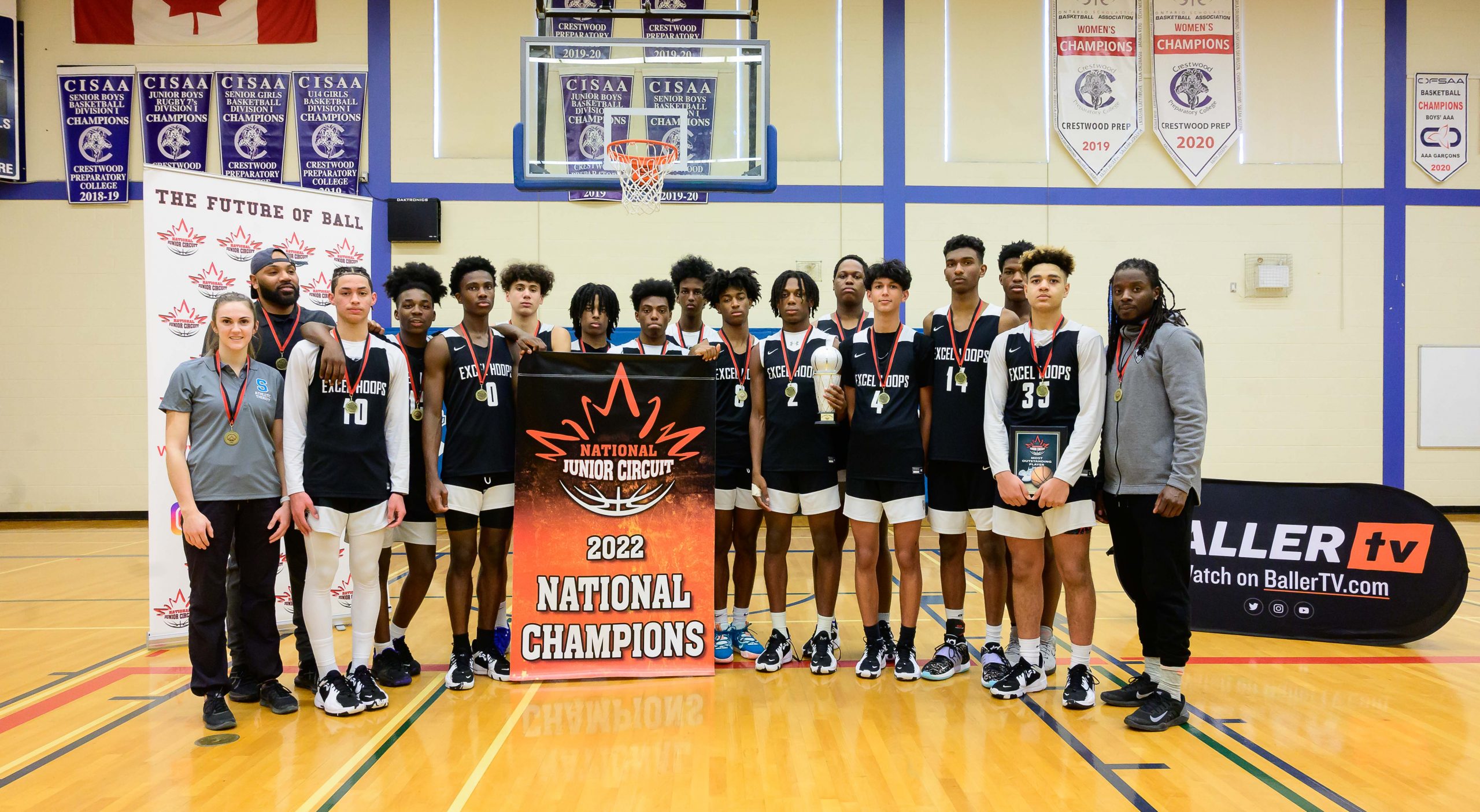 By Kyle OliveiraMarch 21, 2022No Comments

United Scholastic got off to a good start in this one, jumping out to a 23-21 lead after the first behind 12 points from Mark Dike. Excel Hoops bounced back in the second though with some extremely stingy defence, and they took a 3-point lead into the break. Excel kept their foot on the gas in the third as Josiah Romeo exploded for 13 in the quarter, giving them a 6-point advantage going into the final frame. Romeo continued his dominance down the stretch, leading his team on the offensive side of the floor while they locked down United Scholastic at the other end, and they were able to make it a comfortable 91-71 win by the time the final buzzer sounded.

Romeo earned the Finals Most Outstanding Player award with an incredible performance as #35 scored 35 points in the National Championship win. Darius McGlashen continued his great run of form with a 16-point afternoon, while Josiah Sutton and Daunte Jones finished with 11 apiece.

“I think I’ve been a well-rounded player for my team, it’s been a great fit”, said Romeo post-game. “[The NJC] was probably the best tournament I’ve been in this year. Even through downs it’s been great to be a part of it”

Dike was the primary offensive catalyst for United Scholastic Academy in the loss, scoring 30 points in a valiant effort. Jordan Charles had yet another good outing scoring 15, while Jaden Lee pitched in with nine.

United Scholastic had a great run in the NJC with 10-1 regular season and a trip to the finals, but there’s no doubt about the merit of this year’s champions. Excel Hoops Prep finished an incredible 13-0 in regular season play before running through the playoff bracket and becoming the uncontested National Champions as National Junior Circuit winners.