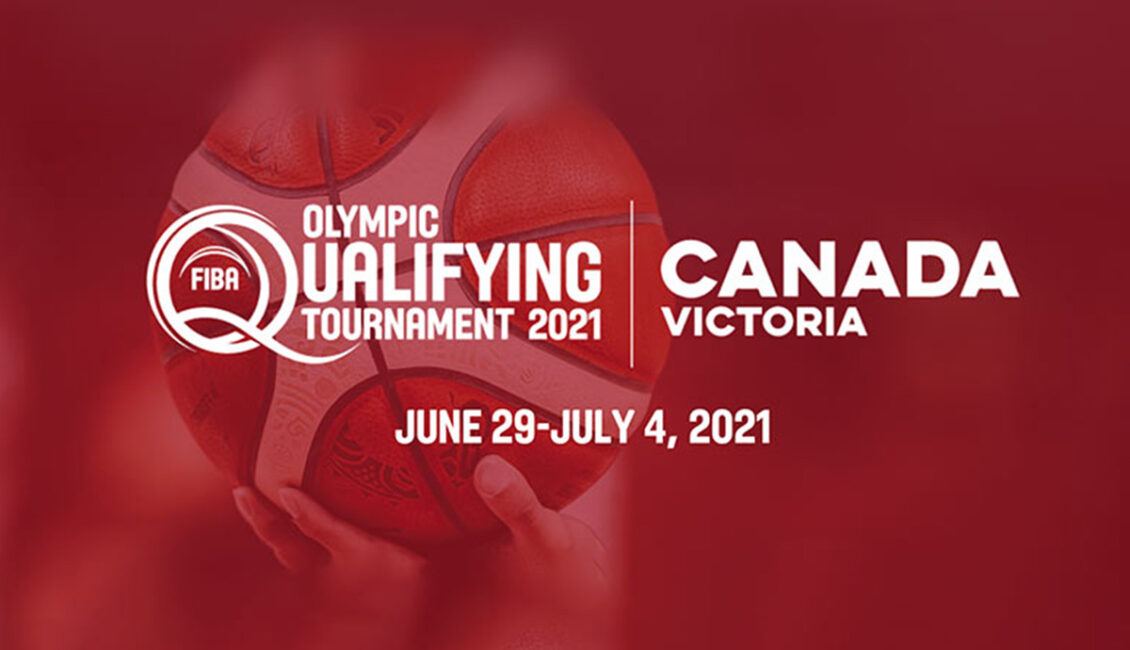 This summer, there will be four FIBA Olympic Qualification Tournaments (OQT) to determine the final four entrants in the 2020 (really 2021) Olympic basketball field. One of the four play-in brackets will be based out of Victoria, British Columbia, where the Canadian national team will look to qualify for the Olympics for the first time since 2000.

The week-long tournament starting on the 29th of June in Victoria will host 6 teams, with Greece, China, Uruguay, Czech Republic and Turkey joining Canada in the quest for a ticket to Tokyo. Canada has been placed into Group A alongside Greece and China, while the Czech Republic, Turkey and Uruguay have been slotted into Group B. Each team plays 2 games (1 against each group opponent), and from there the top 2 teams in each group advance to the semi-finals. 1st place in Group A takes on 2nd place in Group B, and 2nd place in Group A faces 1st in Group B, with the two winners squaring off on July 4th with an Olympic berth on the line.  Only the winner books their ticket to Tokyo.

If the sheer thought of summer international basketball alone doesn’t excite you, consider this: for the first time in two decades, Canada has a real solid chance to qualify for the Olympic Games. Unlike in recent years, top-level NBA talent have come out and committed to Team Canada this summer, and it makes for one of the better squads the country has fielded at an international tournament, even while missing a large crop of players that could make the team even stronger.

In this Team Canada preview, we will take a look into the camp invitees and project the final squad, and examine the teams Canada will have to beat along the way if they hope to reach the Olympic Games for the first time in 20 years.

Training camp for the 2021 Qualifiers officially opened for Team Canada on Wednesday the 16th, with some surprising and disappointing omissions. Brandon Clarke, Kelly Olynyk, Tristan Thompson, Dillon Brooks, Oshae Brissett and Khem Birch will not be there to crack Canada’s final roster, narrowing the field down with a few weeks to go before the first game tips off. With those absences in mind, Nick Nurse has fewer names to choose from (especially at the 5), which will eventually have to be cut down to 12. This is how the Canadian group currently shapes up:

There were a few surprising names invited to camp, but outside of a select few this Canadian roster is extremely competitive considering the players that were unfit to participate. With the aforementioned loss of Olynyk, Thompson and Birch, Canada find themselves a bit thin at the 5, but would be well suited with Dwight Powell and would have a variety of other dark horse options including 7’3 freshman Zach Edey from Purdue.

We will now predict the final 12-man roster Canada will carry into the tournament, and use this team as the measuring stick of how realistic an Olympic berth will be in July.

Should this team or anything similar remain healthy and available going into the tournament, Canada will have a serious chance to make some noise and advance through a difficult path to a berth.

Next in this Team Canada preview, we will take a closer look at the path the Canadians will be required to navigate should they survive and advance.

The Road to the Olympics

As previously noted, Canada has been placed into Group A for the round robin portion of the tournament alongside Greece and China. 2 out of the 3 teams will advance to the semi-finals, and that could prove beneficial for the Canadians considering the challenge that Greece could present.

Without a doubt, Greece is the biggest competition for Canada in this tournament, and the level of difficulty will depend on which players end up in the final squad, especially in the case of Giannis Antetokounmpo. If Greece can field even close to a full-strength roster, they will be the heavy favourites, and it would take an all-time Canada Basketball performance to take them down.

Canada’s first game of the tournament will be against powerhouse Greece, but luckily for the Canadian program, their second group game pits them against China, a qualifier that really shouldn’t be a challenge considering the NBA talent the Canucks are bringing to the tournament. With 2 teams advancing, you likely only need to go 1-1 at worst in your group to move to the semi-finals, and so as long as Canada can take care of business against China, the semi-final round would likely be a lock.

In Group B, Uruguay will be a massive underdog as a wildcard entry, meaning there’s a good chance that both the Czech Republic and Turkey would advance. Should Canada get out of their group, they would play either one of the two, and the expectation should be that they could beat them both. If you’re going by FIBA ranking, Canada would be an underdog against either opponent, but that wouldn’t necessarily be true with the rosters that have been assembled this time around. If Canada wants to make it to the next level in international competition, they need to win this game and advance to the OQT finals.

The other semi-final would likely feature Greece, and the assumption would have to be that they would heavily defeat whoever they face from Group B. Should all these things happen, Canada would have a rematch against Greece for a chance at an Olympic berth. They wouldn’t be favoured, but anything can happen in a one game scenario, especially considering the Canadian squad contains multiple players that can take over a game at any moment.

The road to the Olympics is a difficult one, but even with numerous players missing, Canada will have their best chance to reach the Games in decades in just a few short weeks. An upset run to a berth would lead Canadian hoops back to where they belong, with a likely chance of more players joining on for the Olympics the following month. Now that is a beautiful feeling.