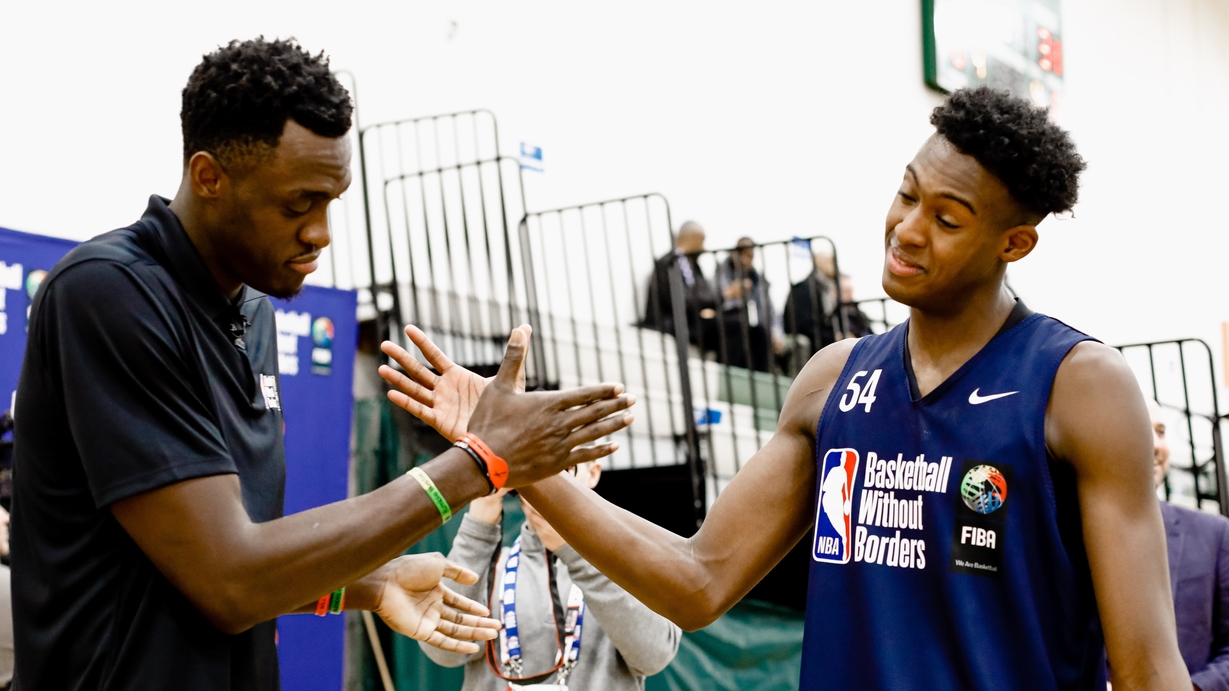 (Chicago, USA) – The sixth edition of the Basketball Without Borders (BWB) Global Camp came to a close in Chicago on Sunday as five Canadians were named to all-star teams.

On the boys side, all four Canadians – Charles Bediako, Bennedict Mathurin, Josh Primo and Olivier-Maxence Prosper – earned the honours, while Merissah Russell was selected as an all-star on the girls side after three days of skills development and games.

Canadians also participated in the Basketball Without Borders (BWB) Global Camp this past weekend at Quest Multisport as part of NBA All-Star 2020.

A total of 64 boys and girls from 33 countries and regions came together at the NBA All-Star Weekend for the annual camp which is organized in collaboration by FIBA and NBA.

Players and coaches led campers through a variety of activities on and off the court, including movement efficiency, skill development stations, shooting and skills competitions, 5-on-5 games, and life skills seminars focusing on health, leadership and communication. The final day featured a single-elimination tournament culminating with the boys and girls championship games.

The campers also had the opportunity to attend the State Farm All-Star Saturday Night and the 69th NBA All-Star Game at the United Center.

BWB, the NBA and FIBA’s global basketball development and community outreach program, has reached more than 3,600 participants from 133 countries and territories since 2001, with 69 former campers drafted into the NBA or signed as free agents. The NBA and FIBA have staged 61 BWB camps in 38 cities across 30 countries on six continents. More than 310 current and former NBA, WNBA and FIBA players have joined more than 240 NBA team personnel from all 30 NBA teams to support BWB across the world.

With files from NBA and FIBA