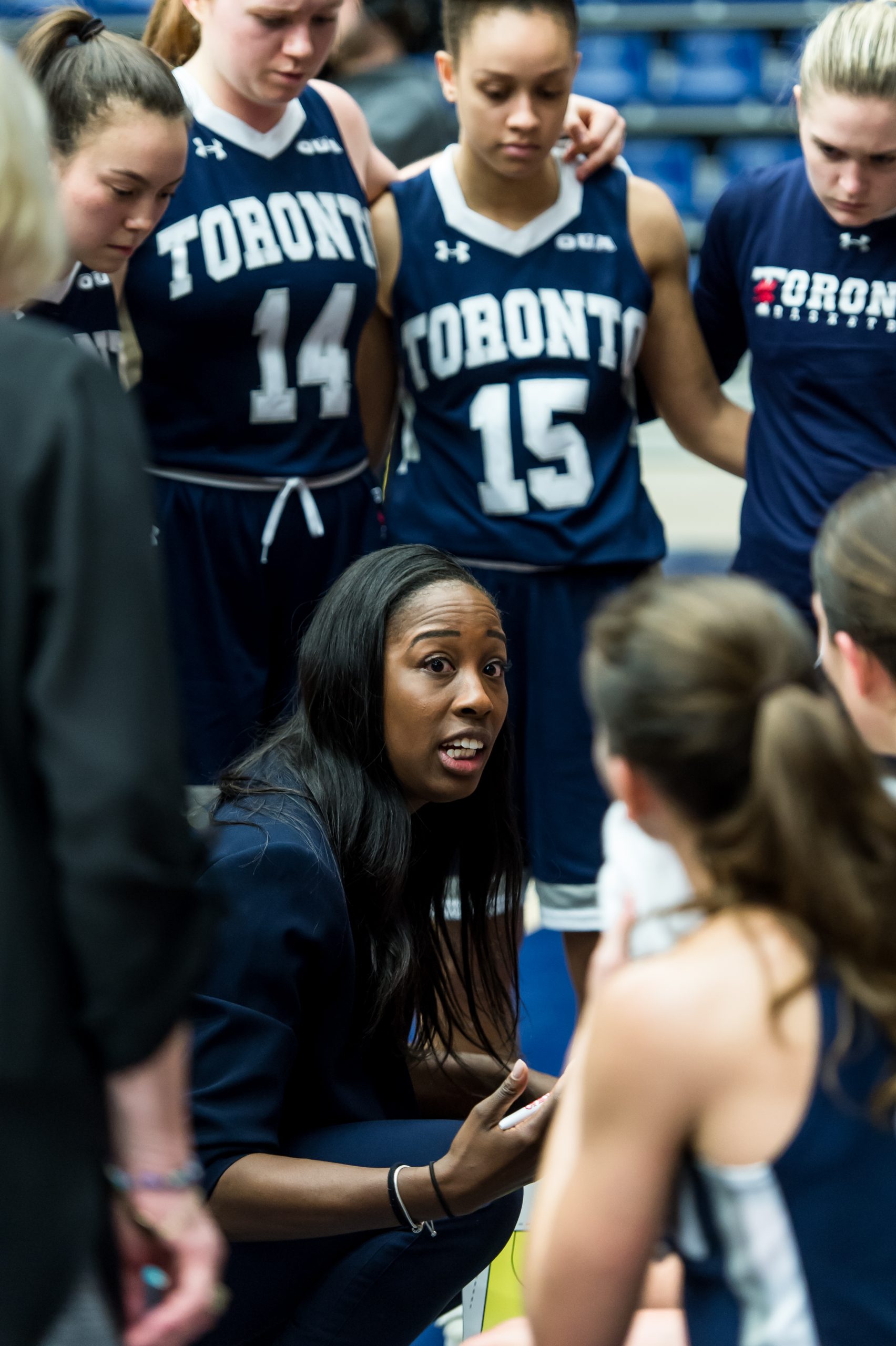 On Point Exclusive: By Kyle Oliveira

After previously being named the interim head coach of the University of Toronto women’s basketball team for the 2020-2021 season, two-time Olympian Tamara Tatham has been named the full-time coach of the team moving forward. Tatham replaces long-time UofT coach Michele Belanger following the news of her retirement, and will make history becoming the first black woman to occupy that role. While the full-time position is certainly a promotion, it’s something that had seemingly been building, as she has been with the team in a coaching role for a few years now; joining on as an assistant in 2017.

“Going from the lead assistant to interim head coach was surreal. It was a great chance to get my feet wet and gain experience”, said Tatham. “Now, being the permanent coach, it gives me the chance to fulfil the vision that I have for the program, and for my future athletes as well.”

The news of the hiring comes of little surprise considering the success that Tatham has been able to find in her young coaching career, but what may be of a surprise to some is that coaching had not always been at the top of her radar once her playing career ended.

“Coaching wasn’t really something I thought about getting into in my playing days”, said Tatham. “I remember though in my third year playing in Germany, one of my teammates told me at the time: ‘You know T, you would be such a good coach’. So that kind of sparked my interest, but I still hadn’t seriously thought about it at that time.”

As Tatham’s playing career overseas continued, she eventually suffered an injury that forced her to come back home and heal, and spent some time coaching locally with her sister Alisha during that process. She quickly fell in love with it, and ended up taking some coaching courses once she made her way back overseas.

Later on, Tatham retired from the Canadian national team, and had to make a decision on what her next steps would look like.

“I wasn’t too sure what I was going to do, but I got a deal to sign early and play in France, and figured that would be there in case something else didn’t work out”, said Tatham. “As it turned out, something worked out at home, and I got a call for the assistant coach position. I applied for it, and I got an interview. Next thing I know I got the job!”

“That was really cool”, said Tatham of the Canada Basketball opportunity. “It was great to be in that role, but also to have the opportunity to fully coach the athletes. My first year with the national team we ended up going to the World Championships, so it was great to be on that stage, but this time as a coach instead of a player”.

Tatham then went on to receive a coaching gig with the Raptors 905, becoming the first ever Canadian woman to be named to a North American professional coaching staff.

“Going to the 905 was a whole other world. That’s the pros.”, said Tatham. “It’s a different type of athlete but they’re all athletes at the end of the day; they just want to be coached. Seeing the inner workings of how to run a team was a big part of it for me as well.”

Fast forward to 2020-2021, and Tatham was named the interim head coach for UofT, which provided valuable experience for her, despite it coming in the midst of a global pandemic.

“With it being COVID, it almost felt like everyone was starting over again because no one was used to coaching in those conditions.”, claimed Tatham. “I felt like there was a bit of an even playing field there, and it gave me the opportunity to see what needs to be focused on at that level.”.

With the news of Tatham becoming the newest full-time head coach, she is continuing to further herself as a trailblazer, and pave the way for women in coaching positions, especially black women, and the creation of new opportunities for women of colour is something she feels strongly about.

“I think there’s been progress when it comes to women’s coaches for sure. Even now I’m seeing more women on the sideline, but there is more room to grow.”, said Tatham proudly. “Seeing more black women on the sideline is something that I want to see in the future, I need to make sure I’m not just the one. How am I helping the people that are coming next? I need to make sure I’m leading by example and giving opportunities. I need to do my best to make the path as I go.”

That trailblazing mentality is something that will undoubtedly lead to more success, as the brightest days are still to come for one of the country’s brightest basketball minds. After finding so much success as a player, it’s only fitting that Tatham will get the chance to do the same as a coach, and the opportunity she’s been given at UofT should be the perfect place for her to do exactly that.

International Flair at 2019 U Sports Women’s Final 8: A Roundtable Conversation