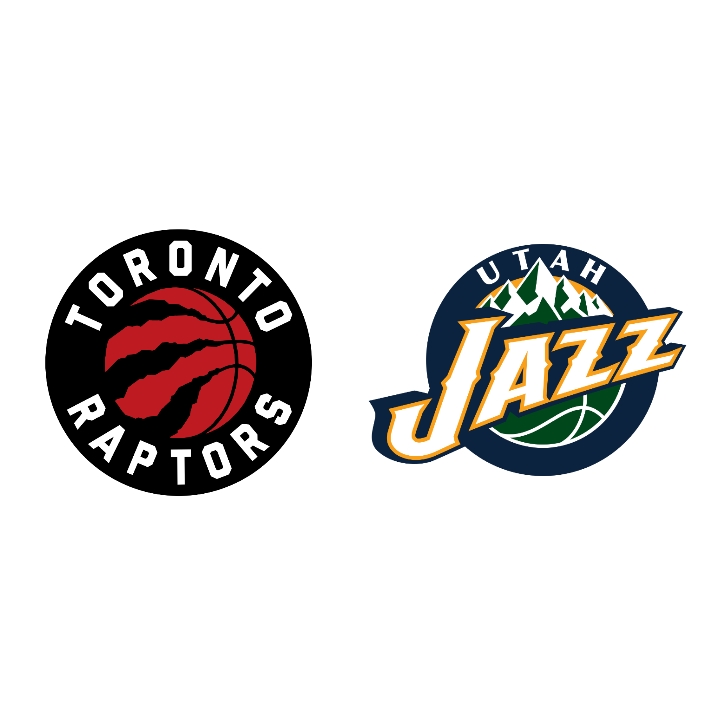 By Kyle OliveiraJanuary 8, 2022No Comments

The Toronto Raptors made it five straight wins on Friday night as they defeated the Utah Jazz 122-108 in an empty Scotiabank Arena.

Much like the previous game in Milwaukee, it was a slow start against a depleted opponent. The Raptors allowed 40 points in the first quarter to a Jazz team that barely had enough bodies to play. A closer second quarter gave the Raptors a chance though, as they trailed 62-49 heading into the break. Third quarters have been going the Raptors way as of late, and the trend continued, almost entirely due to a complete takeover by Fred VanVleet. VanVleet scored 17 straight points and finished with 24 points in the third quarter alone, in what was one of the best individual quarters in Toronto Raptor history. His incredible showcase brought the Raptors all the way back, giving them a 2-point lead heading into the fourth, where they would lock in defensively, forcing the tired Jazz to just 16 points. For the second straight outing, the Raptors put their foot on the gas in the second half and didn’t look back, and it led to what was a comfortable 14-point win in the end.

As previously mentioned, Friday night was the VanVleet show. VanVleet recorded his first ever triple-double in the win, scoring 37 points, 10 rebounds and 10 assists. Besides the star guard, the other two main offensive players showed up to play once gain. OG Anunoby scored 22 points on 8/13 from the field, and Pascal Siakam had 17 with 5 boards. Gary Trent Jr. had a quiet 10 points but made a few big buckets late, and rook Scottie Barnes finished just 1 board shy of a double-double with 11 points and 9 rebounds. Canadian Chris Boucher had an excellent game off the bench with 13 points, while Precious Achiuwa contributed with 9 of his own.

The Jazz only had nine available players in this one, and they ended up using them all. Eric Paschall led the team with an impressive 29 points, and Elijah Hughes was right behind with 26 points and 8 rebounds. Jared Butler contributed with 17 points, and Danuel House Jr. had the biggest impact off the bench, with 13 points on 4/7 from the field.

The Raptors were once again beneficiaries of an opposition struggling with injury/COVID-protocol, but they surely won’t feel sorry about it. Toronto has dealt with as many missed games as anyone this season, and it finally seems as if the breaks are bouncing their way instead.

It was another night of being outscored in bench points, but the work the Raptors did on defence made it redundant. Toronto forced 21 turnovers while only committing 7, and that was the story of the game.

Now two games above .500, the Raptors are starting to climb the ranks of the Eastern Conference. Toronto are 2.5 games ahead of the 11th place Boston Celtics, and only 1.5 games behind the Cavaliers for 6th. The Raptors are cemented into the play-in tournament race and might even be in contention for more as the season continues to roll on.

The Raptors will look to make it six in a row on Sunday when the New Orleans Pelicans come to town, while the Jazz will look to get back on track on the second night of a back-to-back in Indiana vs. The Pacers.