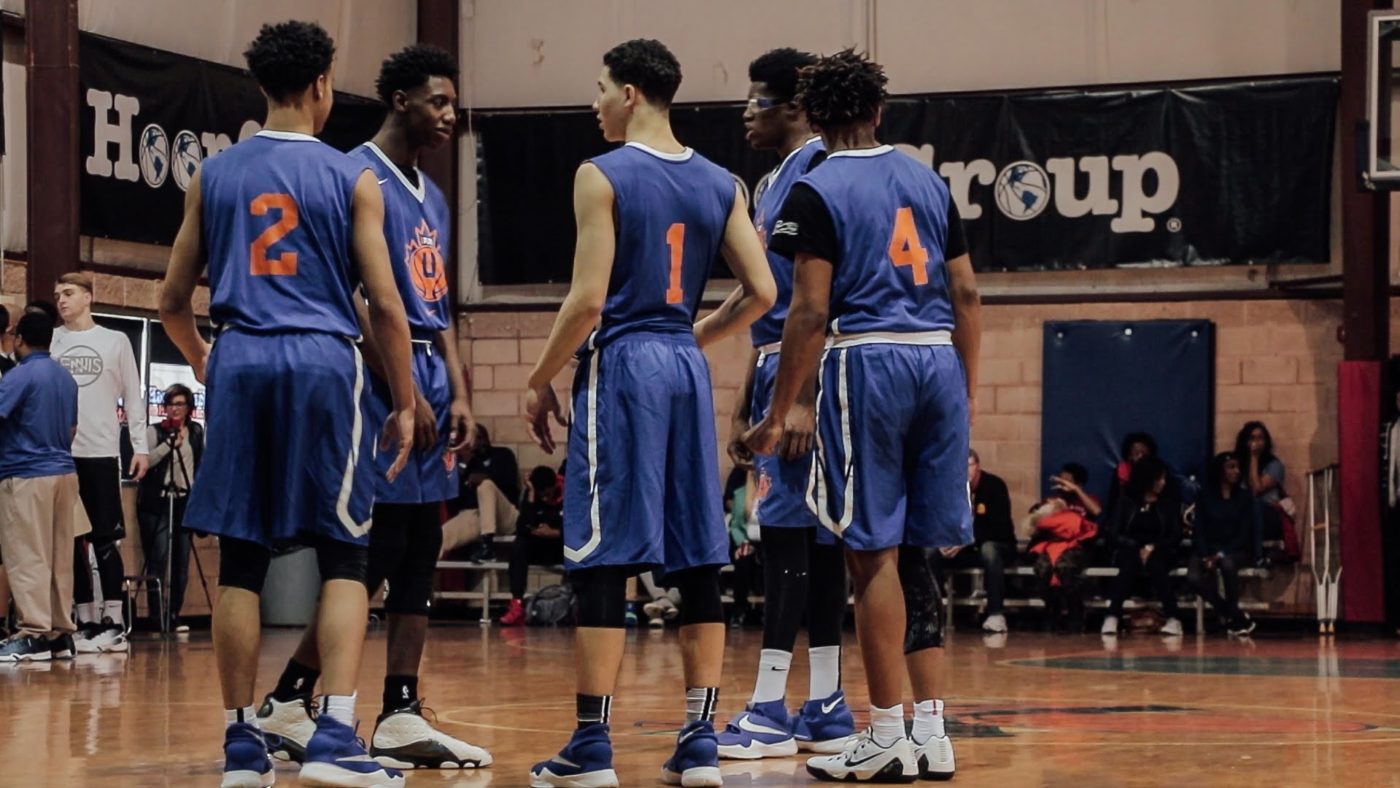 On Point Basketball was on hand for a much-anticipated Nike EYBL early season battle of two top Canadian AAU programs as U16 Team Ennis/CIA Bounce battled UPlay Canada at the Hoop Group Headquarters in Neptune, NJ.

Barrett had several highlight reel plays including an And-1 dunk in the first 3 minutes as well as a dunk off the inbounds from Nembhard.
Barrett ended up with 17pts. Nembhard with 9pts and some dazzling assists. He’s got the best vision in his class and arguably the best vision in high school basketball.
2018 SF Khaleem Bennett was all over the court diving for loose balls and bringing tremendous energy for his UPlay squad.
2018 G/F Keshaun Saunders played well despite the tough game for his team and added 11pts for Team Ennis. 2018 G Malik Kennedy scored 9 as well in defeat. Look for those two to lead their squad throughout the summer! Can’t wait for the rematch.

Video produced and hosted by: Drew Ebanks
Video filmed and edited by: Aaron Navarro
Special thanks to Uplay Canada and CIA Bounce/Team Ennis as well as Hoopgroup Headquarters and the Nike EYBL Circuit.