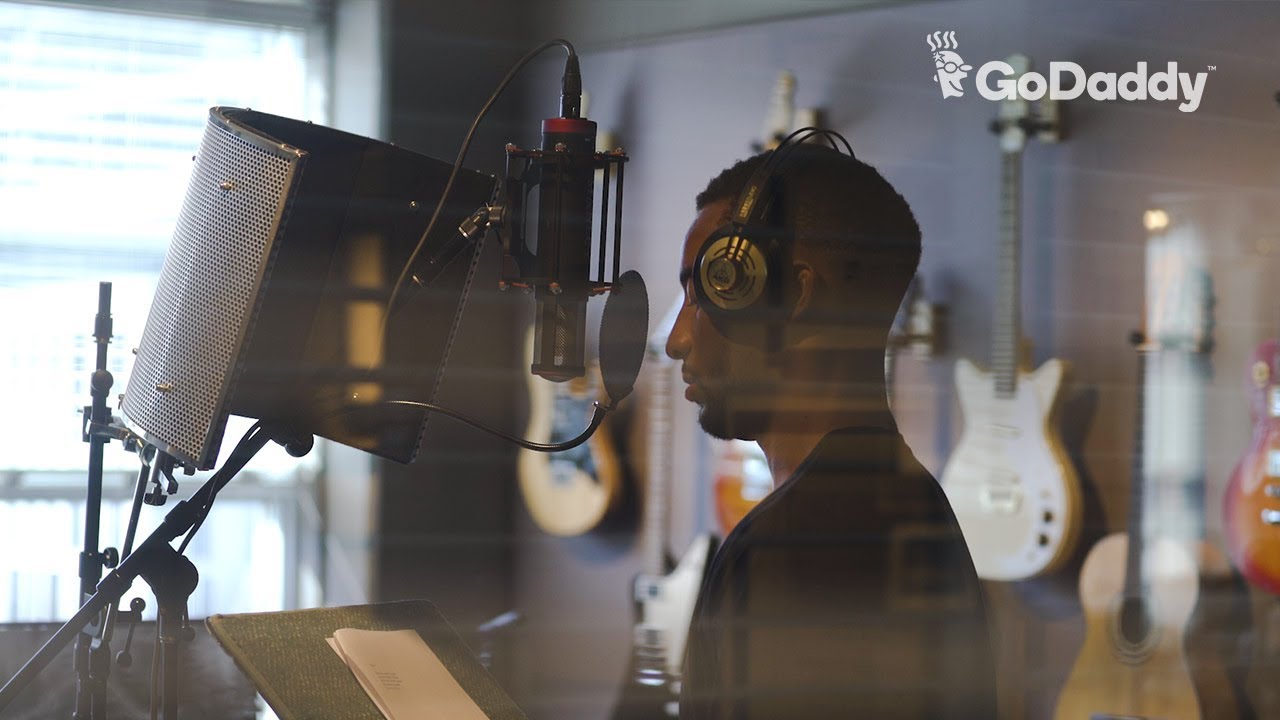 While fans of Powell know him for his work on-the-court with the Toronto Raptors, his off-the-court passion is music. And despite a lifelong love of music, Powell never knew how to bring his musical dreams to life. That’s where GoDaddy stepped up to the line.

GoDaddy wanted to help Powell bring his musical vision to life and began working with the Raptors guard to create a new single and music video. To showcase how easy it can be for entrepreneurs and small business owners to extend and enhance their business online, Powell’s own website, PowellOnThePiano.ca shares his musical creation with the world using GoDaddy Website Builder.

To help bring Powell’s musical ideas to fruition, GoDaddy joined forces with Pirate, a local Toronto small business and loyal GoDaddy customer, to record and produce Powell’s new single, “No Problem.” Not only did Powell record the searing vocals for “No Problem,” he also played piano on the track.

With help from Pirate, GoDaddy worked with Powell to produce his first track, which is available today and music video, which is dropping soon. The song is available to check out on Powell’s new GoDaddy powered website, PowellOnThePiano.ca . Fans can also stream “No Problem” from Spotify and Apple Music.

Don’t worry Raptors fans, Powell has no plans to step away from the court to launch a new career as a musician. The collaboration with GoDaddy and Pirate has simply allowed Powell to pursue his passion for music that he’s always had.

“Norman Powell is not only a great basketball player, but also an aspiring musician,” said Jill Schoolenberg Vice President and Country Manager of GoDaddy Canada. “After the success of our Itty Bitty Ballers campaign, we were thrilled to work again with the Raptors and specifically with Norman to help showcase his musical talent, while highlighting how easy it is for Canadians to get online and further their ventures.”

“I’ve had a passion for music my whole life, and with help from GoDaddy, I actually recorded a song for everyone to enjoy,” said Norman Powell, Toronto Raptor. “I couldn’t believe that my website was built in under an hour. While my first love will always be basketball, I’m excited to see what people think of my first single.”

GoDaddy powers the world’s largest cloud platform dedicated to small, independent ventures. With nearly 17 million customers worldwide and over 72 million domain names under management, GoDaddy is the place people come to name their idea, build a professional website, attract customers and manage their work. Our mission is to give our customers the tools, insights and the people to transform their ideas and personal initiative into success. To learn more about the company, visit godaddy.ca.

Pirate is a première creative audio production facility located in the production hub of Downtown Toronto, on King Street East. Occupying the top floor of the Ontario Design Centre, Pirate has over 10,000 sq ft of space, with 4 state-of-the art 5.1 HD recording studios, a best in class Voice – Casting facility, an amazing team of music composers and producers and the best lunch in the city. To learn more about the company, visit www.piratetoronto.com.