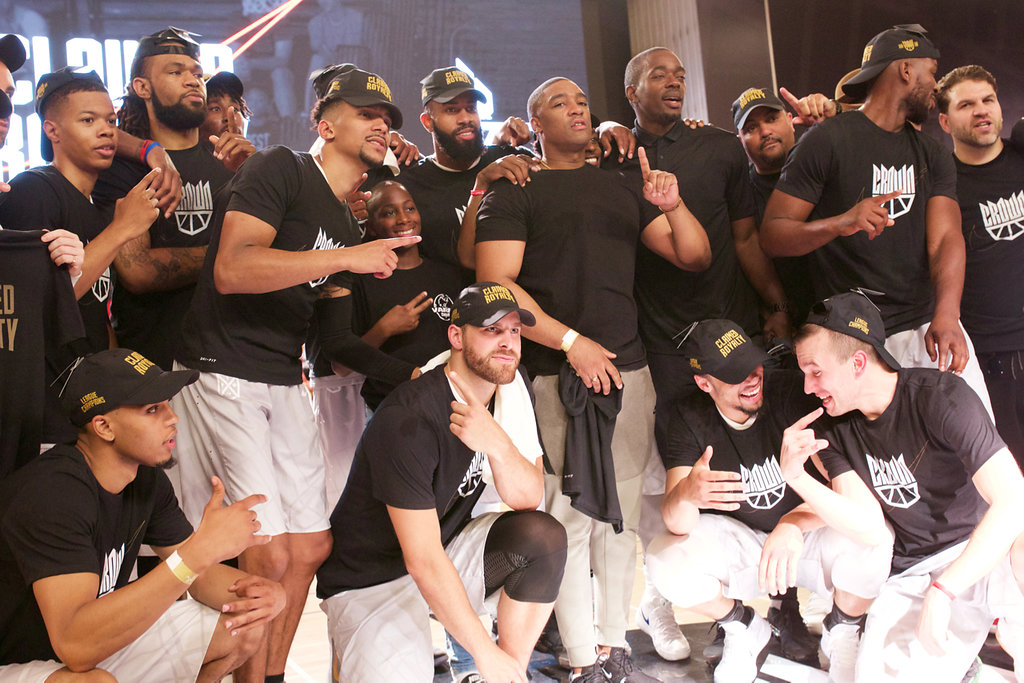 By Kajan ThiruthanikasalamAugust 1, 2018No Comments

And just like that, this year’s Crown League has come to an end. However, it did not end without some major fireworks…and history in the making as well.

The first game of Crown League featured a matchup between the Toronto All Stars and Canada’s Under 18 team. Oh, I forgot to mention… that this was the very first game that featured a women’s game at Crown League.

For the better part of three quarters, it looked like Team Canada was going to pull off the win, having overcome an early deficit to start the game, in front of a packed house at Kerr Hall. Ultimately, the talent and experience from the Toronto All Stars came through late, as they beat Canada’s U18 team, 54-46, in what was a very competitive game from start to finish.

Duquesne Dukes alum Jose Ann Johnson (Toronto All Stars Center) and Arizona State commit Taya Hanson (U18 Canada guard) led all scorers with 12 points each. Johnson had it going in the paint, especially late in the game while Hanson’s floor game was exquisite, including a jaw dropping cross court dime in the fourth quarter to Justina King for a jumper.

Whyte and Nunes each had 11 points for the Toronto All Stars to round off the double-digit scorers from both teams.

UConn alum and current New York Liberty guard Kia Nurse was in attendance and started off the game at centre court with the tip off as the Toronto All Stars got out to an 11-2 lead to start off the game and looked to keep that margin throughout the first quarter.

However, a block on Brey Johnson and a subsequent layup on the other end by U18 Canada Center Christina Morra had the U18 team trailing 15-8 after one. That sequence to end the first quarter sparked the young women who came all the way and eventually took a 22-21 lead, heading into halftime, as they outscored the Toronto All Stars, 14-6, in the second quarter.

The third quarter saw both teams get it going offensively despite the All Stars being in a scoring drought for the first four minutes of the second half. Whyte, however, hit a pair of threes to stem the tide and three free throws at the end of the quarter from Nofuente had the All Stars up 39-36 heading into the final frame.

The U18 Women’s National Team cut it to two (45-43) after King’s jumper but could not get over the hump as the Toronto All Stars held them at bay, closing the game out on a 9-3 run.

Both teams were looking to bounce back from their respective losses in the semifinals. 6Man fell victim to hot three point shooting from M.A.D.E while Northern Kings were at the mercy of 1 Love T.O guard Brady Heslip.

In the end, it was the Northern Kings who overcame an eight point first half deficit and defeated 6 Man, 75-71, to claim third place at this year’s Crown League.

“We decided to play better defence and commit to playing for two halves,” Northern Kings guard Duane Notice said. “Throughout this month, playing in Crown League, we haven’t done a good job playing consistently throughout.”

Notice led all scorers with 17 points as his floor game in the second half was crucial in Northern Kings coming back to win this game. He says the atmosphere at Crown League grew this year as play went along.

“Playing in my first year last year was great; it was obviously a great environment and a wonderful atmosphere,” Notice said. “But this year, it just seemed to magnify on a whole new level.”

Jalyn Pennie and Tanor Ngom led 6Man with 12 points each in the loss.

“I can play with anyone on the floor, got more confidence, and shouldn’t be scared to play anybody,” Pennie said of what he took away from Crown League. “There’s a lot of older guys here that are bigger than me that have played here for years so physicality was key.”

Pennie was more of an unknown commodity heading into Crown League but his poster dunk in Week 3 caught a lot of eyes. He feels like his game has gotten a lot more respect since then.

“People didn’t jump as much before but now they close out on my jumper so I feel like I got a little respect out here,” Pennie said.

“It’s a good thing just to have multiple leagues so guys can showcase themselves in different lights and aspects,” Notice said. “Just having the opportunity to play against him (Pennie) has been amazing.”

1 Love T.O were looking to win its second Crown League championship but in order to do that, they needed to get past the defending champion M.A.D.E., who were riding a high after a blowout win against 6 Man in the semifinals.

1 Love T.O., however, had two NBA players waiting in the wings for the final. The first one was Memphis Grizzlies guard and Mississauga, Ont. native Dillon Brooks, who was going back to his roots.

“All these guys watching this year are young and have seen you grow as a player, from not getting that much hype to going to a D1 college and going into the NBA,” Brooks said, speaking to On Point Basketball founder Drew Ebanks after the game.

The second one, however, was a pleasant surprise as it was forward Rondae Hollis-Jefferson of the Brooklyn Nets.

“My friends were telling me about the championship, how the whole league is turning out really big and how a lot of people come (out to) support,” Hollis-Jefferson said about his decision to come to Crown League. “I just wanted to see what it was about and play ball.”

Now, there have been NBA guys outside of Canada (Norman Powell, Delon Wright) that played for Crown League in the finals. But both of those players are from the Toronto Raptors so this was rather unexpected for the crowd to see.

“It’s all about setting trails at the end of the day,” Hollis-Jefferson said. “This is a good league and there’s some good players (out here).”

Ultimately, after a slow start, 1 Love T.O overcame a nine point first half deficit and defeated M.A.D.E, 69-61, to win Crown League 2018. Brooks was named Crown League Finals MVP and Player of the Week after finishing with 19 points and four rebounds.

“I see this put on every year (and) it’s amazing,” Brooks said. “It brings out all the great basketball players out there in Canada and just to be a part of it for the first year and getting the win means so much.”

Hollis-Jefferson dropped 13 points as he heated up in the second half while Heslip had 10. The reason for the turnaround, according to Hollis-Jefferson, was simple.

“I said, ‘Give me the ball, Coach!’” Hollis-Jefferson said, laughing. “And that’s how things changed.”

The win from 1 Love T.O spoiled an outstanding performance from Scarborough’s own Jevohn Shepherd, who dropped a game-high 24 points, including 16 in the first half. Tyrell Green was the only other player in M.A.D.E, who finished in double figures, with 16 points.

The 32-year-old Shepherd, who currently plays for SLUC Nancy Basket in the LNB Pro B league in France, was a man amongst boys getting to the rim and finishing through contact numerous times.

“I liked him a lot. I like his confidence, swagger, and style,” Hollis-Jefferson said about Shepherd’s play. “No matter who you have in the gym, you have to be aggressive and he didn’t back down from the challenge.”

Heading into his fourth season with the Nets, Hollis-Jefferson is looking to take his game to the next level by working on a little bit of everything in the offseason.

“Becoming a better leader, shooter, facilitator, and ball-handler. Just work on everything and tighten it up,” Hollis-Jefferson said. “I do a little bit of everything right now but it’s taking that next step to becoming an all-around player.”

In the first half, Shepherd’s hot hand had the gym going insane as he kept M.A.D.E out front, going up 30-21 late, before 1 Love T.O scored five straight to close out the half as they trailed by four (30-26) at the break.

The end to the half sparked 1 Love T.O as Jalen Poyser scored nine second half points and Olivier Hanlan hit a pair of threes but M.A.D.E would not give in. A triple from Heslip, however, made it 46-45 and gave 1 Love the lead for good.

“Just seeing how people play and what their games are like,” Hollis-Jefferson said of the slow start. “You see them (teammates) through basketball but you don’t really know their games. Once you get the feel for their game and see how their mindset is, you just go for that. In the second half, we turned up.”

1 Love T.O extended their lead to eight after an and-one jumper from Hollis-Jefferson but M.A.D.E cut the lead to four (62-58) after a layup from Joel Anthony. But this was when Brooks put his foot down, hitting a sidestep triple and a turnaround fadeaway to put the game out of reach.

When Brooks let it all sink in as confetti fell and as he was watching the entire scene unfold, all he could do was smile.

And with that, that’s a wrap for Crown League. 1 Love T.O has been crowned.