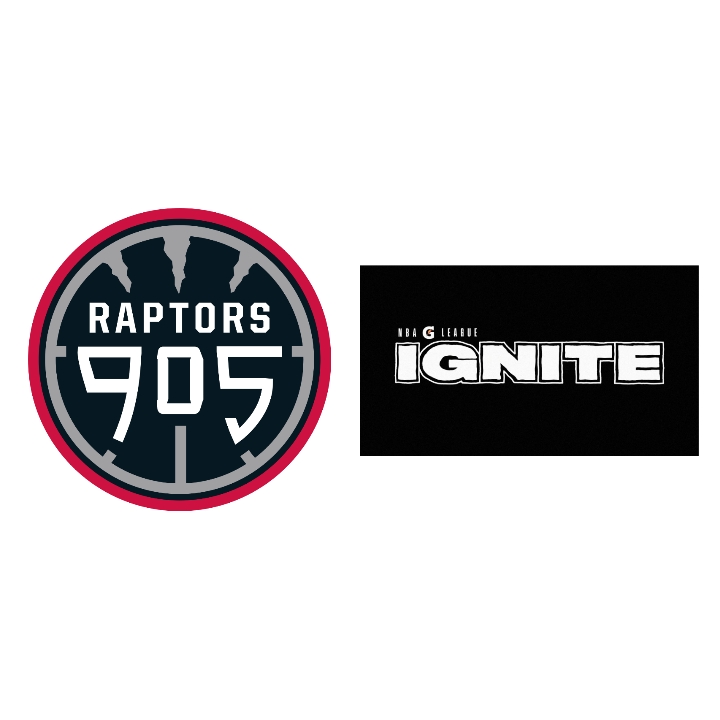 Ignite fizzle out in G League quarter-final loss to 905

By Connor LamontMarch 8, 2021No Comments

(Orlando, FL) The Raptors 905 cruised to a 127-102 victory over the G League Ignite Monday to earn a berth in the semi- finals.

Henry Ellenson, the reigning player of the week, led all scorers with 35 points and Matt Morgan set another career-high in points with 25.

The 905 had one of their best shooting performances of the season in their dominant win. The team finished shooting almost 60% from the field, and went 11-19 from three in the first half.

Ellenson, Nik Stuauskas and Alize Johnson, the trio that lead the team all season, were spectacular in the game and particularly in the first half. Johnson punished the Ignite down low and fought hard for every rebound and layup he earned. The leading rebounder in the second half of the season finished with 18 points, 10 rebounds and 8 assists.

Stauskas scored two quick layups to start the second quarter and Ellenson followed it up with a great three to help the 905 build their lead. Ellenson was perfect from the field in the half and Stauskas went 8-16 for 23 points in the game.

Morgan caught fire in the second half and backed up his career night against Lakeland on Saturday with another one. He scored the first 5 points for his team to start the quarter, including a beautiful drive to the rim. He did not miss a shot until midway through the fourth quarter.

Trailing by 20 points in the third, the Ignite closed out the quarter with a buzzer beater three from Jalen Green to spark their offence. Green’s 30 points helped shrink the 905 lead to 12 early in the fourth quarter to make things interesting.

Up 105-93 in the final quarter, Ellenson decided it was closing time for the Ignite. He scored 10 of the team’s next 12 points to force Ignite head coach, Brian Shaw, to call a timeout. It didn’t matter in the end, as the 905 continued to make shot after shot and pulled away.

The Ignite were suffocated by the 905 defence in the final frame as well, only scoring 17 points.

“I thought defensively it was a great game for us,” said Ellenson post- game. “I think we can do so much offensively, but when we are dialed in like that defensively, we’re tough to beat.”

However, it wasn’t just the defence in the fourth quarter for the Raptors that got the win.

“I think our offense is really good because it is really unselfish, added Ellenson. “We can all play together and get open looks. I had the high number but we had a lot of guys scoring the ball tonight and that’s why we’re the top team.”

Morgan was one of those guys that scored the ball a lot in the game. After it was pointed out to him postgame that he has been tearing it up as of late, Morgan chalked up his personal success to team success.

“At the end of the day, if you let us get into a rhythm it’s scary. Especially with the type of shooters that we have….I think we did a good job of sharing the ball and getting everyone involved.”

The Ignite’s starting lineup included a duo of former Toronto Raptors in Amir Johnson and Jarrett Jack. Johnson, who played six seasons with the Raptors scored 11 points and Jack put up 8.

The 905’s Jalen Harris returned to gameplay against the Ignite after missing eight straight games after spending time with the Toronto Raptors and nursing a finger injury. Harris came off the bench for only 2 points but looked more comfortable as the game progressed.

The Raptors will play the Delaware Blue Coats in the semi-finals Tuesday at 9:15PM. With a win, the 905 will play in the championship game Thursday.