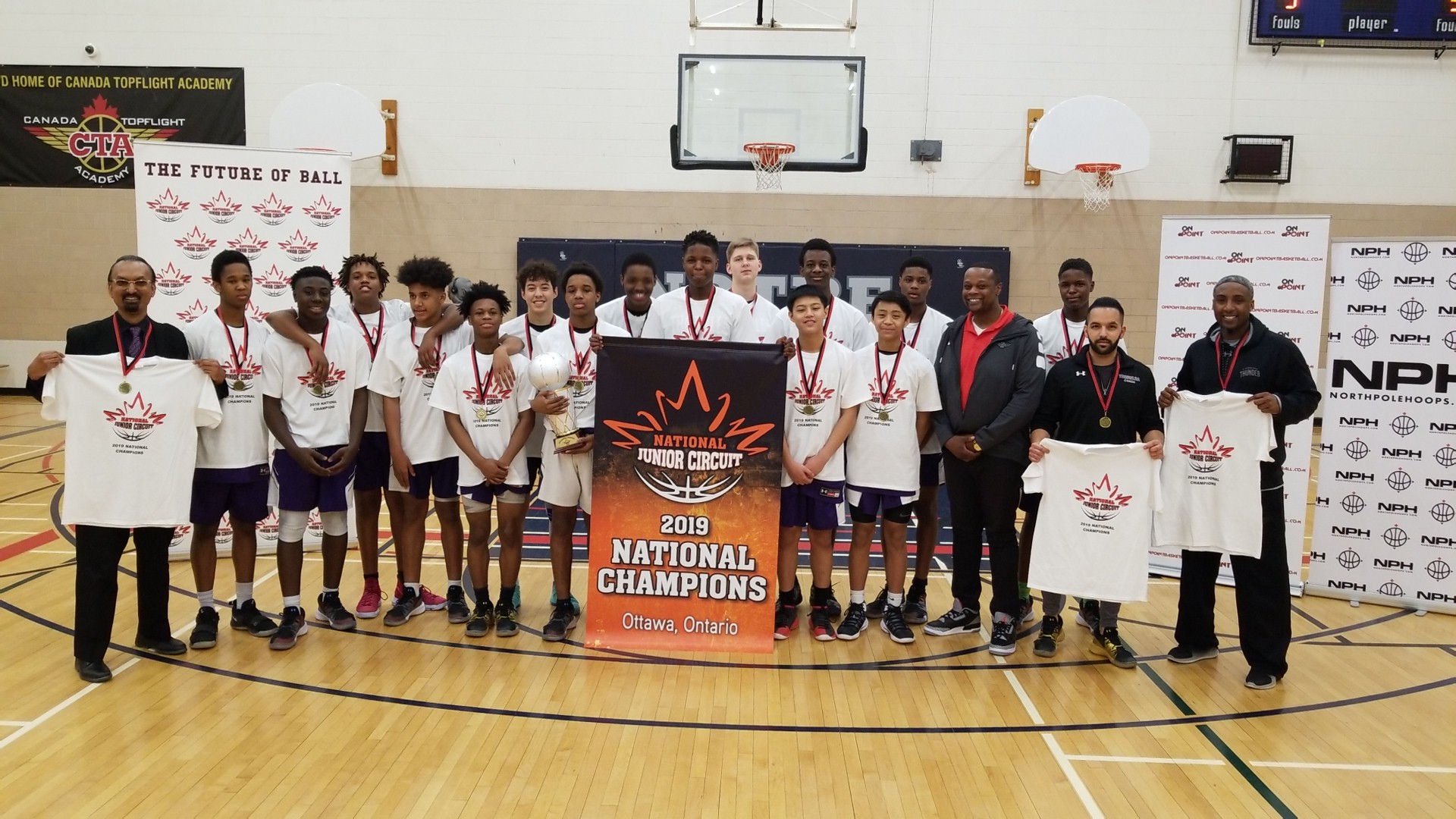 By Drew EbanksApril 4, 2019No Comments

The event features some of the top junior-aged boys basketball players in the country. Team Red, coached by Nick Krenk of NJC Finalists Crestwood Prep will take on Team Blue, coached by Cedric Carter of the Pine Ridge Puma. Sean Bookal of inaugural NJC Champions, Thornlea S.S. was unable to participate due to a scheduling conflict so Carter stepped up to lead the team.

Some of the players featured in the game are the who’s who of fast risers in the Canadian basketball scene. Team Red will be led by Crestwood Prep’s Elijah Fisher, Mikkel Tyne and Immanueal Oludele, St. Martin’s DJ Jackson and Nikola Rajacic, Augustus Brazdeikis, amongst other notables.

This game will be one to remember as both teams will try to put on a show for the crowd at Humber College while pulling up a win for their respective squads. The NJC is the brainchild of Ottawa’s Tony House founder of Canada Top Flight Academy and consists of Board of Director Members that include On Point Basketball’s Drew Ebanks, Crestwood Prep Program Director and Sr. Boy’s Head Coach Ro Russell, Fred Grannum St. Marcellinius Jr. Boys Head Coach, Kyle Skinner of Dynes Sports and Curtis McLean of CM Sports.

On March 3rd, Thornlea won the inaugural NJC Championship with an 86-78 win over Crestwood Prep. Thornlea Prep’s Tyler Garcia was named Championship MVP scoring a team-high 25 points in the victory. Elijah Fisher was named MVP for Crestwood, finishing with a game-high 26 points for the silver medalists.

For more information on the National Junior Circuit. Go to WEBSITE