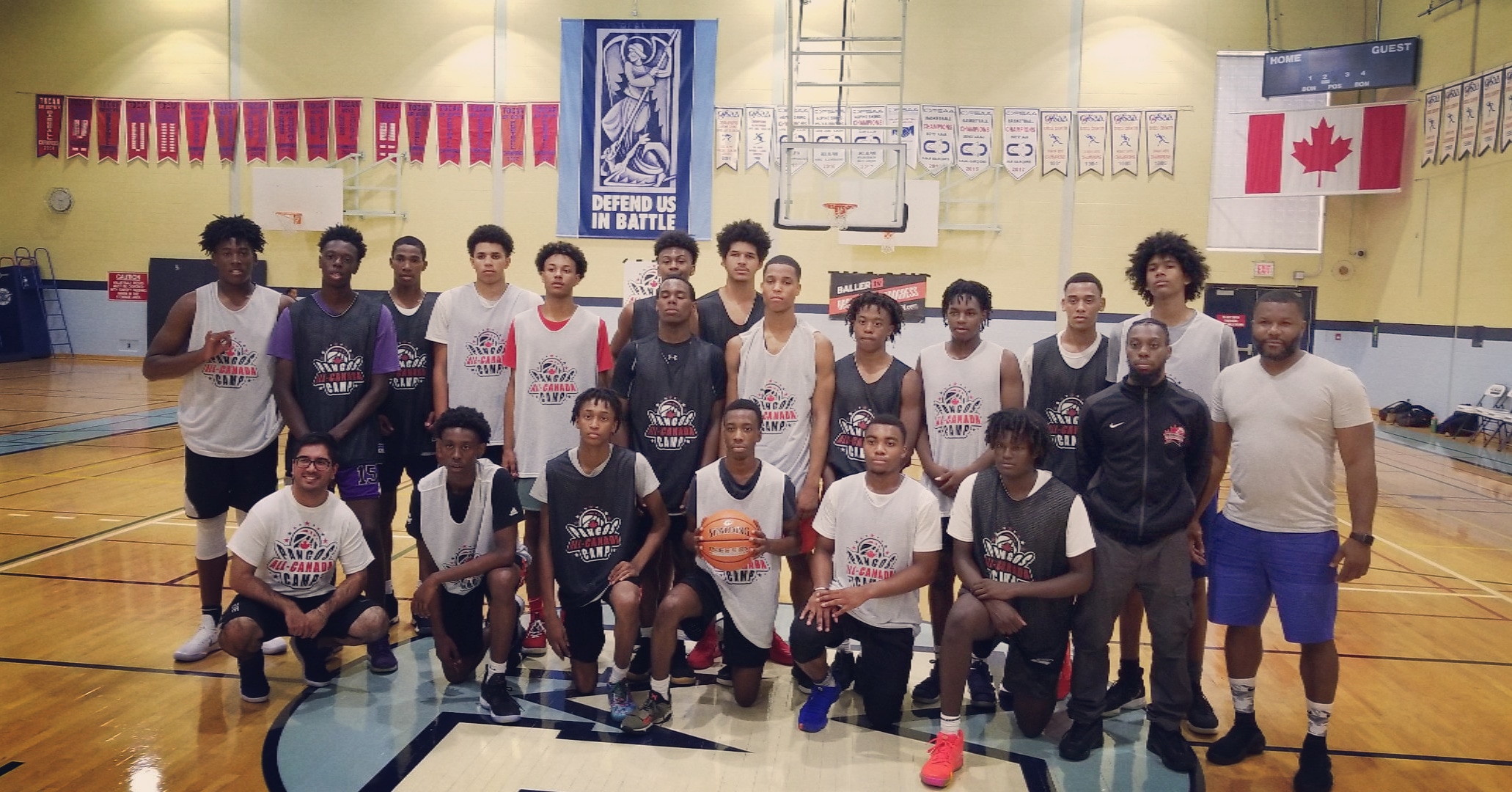 By Kajan ThiruthanikasalamSeptember 19, 2018No Comments

TORONTO, ONT- For 16 years, the Pangos All-American Camp has showcased some of the top underclassmen in the country. During the last five years, however, the amount of Canadian basketball talent has also been on a steady climb.

Pangos took notice and during the weekend of Aug 25th-26th, the camp touched down north of the border for the first time ever.

The Pangos All-Canada Camp was held at St. Michael’s College during that weekend and showcased not only the top young players in Toronto but also, according to Pangos and Full Court Press director Dinos Trigonis, its remarkable depth as well.

““People kind of focus on the top of the food chain; I think the depth here is much better than people think,” Trigonis said. “There’s certain programs in the U.S that have taken the time to cultivate the recruiting out here.”

Trigonis noted that Pepperdine University previously took notice years ago of the blossoming talent in Canada.

“I think a lot of mid level schools could really do well recruiting here,” Trigonis said.

Trigonis said that the ‘Cream of the Crop’ Top 50 game was more guard-oriented while the Top 25 game showcased more from the wings and the forwards.

“The top game really showed a kind of quality of talent amongst the wings, forwards, and guys with really good athletic potential,” Trigonis said.

Here are some of the standouts from the Top 25 ‘Cream of the Crop’ All-Star Game.

On his relentlessness on the glass: “When I started playing basketball, I was mainly a rebounder. My coach taught me that if you can’t rebound, you won’t get to the other end of the basket. I just like rebounding because it just shows dominance on the court.”

Takeaways from the camp: “The knowledge to have space during the game. There’s a lot of scorers in this gym right now so you have to move without the ball, be able to pass, and know when not to pass.”

On the atmosphere that Pangos provided: “It was great. A lot of competitive people that I’ve never seen before in Toronto; there’s a couple of people that came down here from the States to play. It’s probably the best camp I’ve ever been to; it’s just a great space to be around with a lot of people smiling and having fun.”

Areas to work on: “A lot of coaches told me I need to work on my shot; mid range pull up and dribble pull up.”

What to expect next: “Going straight to the gym, working on my game, and my shot. I’m just going to work on that and put in a bunch of hours because I’m hungry.”

Scott looked like the most confident player in the Top 25 game as he bullied his way to the rim for multiple made baskets inside and even hit three triples, showing his versatility and range, and kept the defence honest as Team Black won, 96-75.

The southpaw wing was smooth throughout the entire game as he endlessly went to his left and finished at the rim. He even picked up a pair of blocked shots, showing his willingness to be a force on both sides of the game while shining for Team White. Since the Pangos Camp, Todd announced he will be attending the heralded Findlay Prep school in Las Vegas Nevada, following in the footsteps of other Canadian ballers like Cory Joseph, Tristan Thompson, Anthony Bennett, Myck Kabongo, Dillon Brooks, OShae Brissett and others.

What they wanted to work on during the camp

Scott: “One skill I wanted to work on was my jump shot. I haven’t been shooting well this AAU season so that was something I needed to improve on.”

Areas to work on for upcoming season

Scott: “Decision making. I am not going to be in that big man category for long. So I need to learn how to come off screens and know when to pass or shoot.”

Todd: “Creating off of my jump shot. Getting off screens and pulling up.”

On Pangos coming to Toronto: “It was a great opportunity for everybody because not a lot of Canadians get the exposure that Americans get. For them to come down to Canada is a blessing.

Improvements: “Being more of a leader and my work ethic. Dinos (Trigonis) was telling us that it’s not where you start but where you finish.”

Areas to work on: “Taking less dribbles and having a better jump shot. I don’t shoot that much but I need to get more shots up. I’m not that tall so to play at the next level, I’m going to need to shoot the ball at a higher percentage.”

On Toronto basketball getting more attention after Pangos: “Toronto is going to get a lot more recognition after this. It’s going to reach out to a lot more Canadians. Even American guys can come down here and show their skills.”

Improvements: “I improved on shooting more, attacking the basket, talking more on defense, and showing my defensive capabilities.”

Areas to work on: “My major thing to work on is my focus defensively. I could play great defense for five minutes at a time but then I’d get tired and not put in as much effort.”

What to expect next: “I’m about to go to the States next season to play for Red Devils Academy in Orlando, Florida. I’m trying to get out there and show off my skills.”

Takeaways from the camp: “How intense it is. When I came in here, it was kind of hard because everybody was going 100 per cent. I had to work hard and be 100 per cent all the time.”

Reaction when Pangos came to Toronto: “I was surprised when I found out they were coming to Canada. When I found out, I wanted to be a part of it right away.”

Improvements: “I would say my shooting because before, I wasn’t a shooter but recently, I’ve become more of a better shooter and in the showcase, I was able to show it and prove myself. In my first game, I hit seven threes, the second game I hit four and the last game, I hit two.”

Areas to work on: “I need to work on my vertical and get a little bit stronger. I’m tall so I most likely have to play Center. I’ve got to have a bigger body for that.”

What to expect next: “Be ranked and be one of the best in Canada.”

And with that, the first of hopefully many Pangos All-Canada Camps wrapped up.