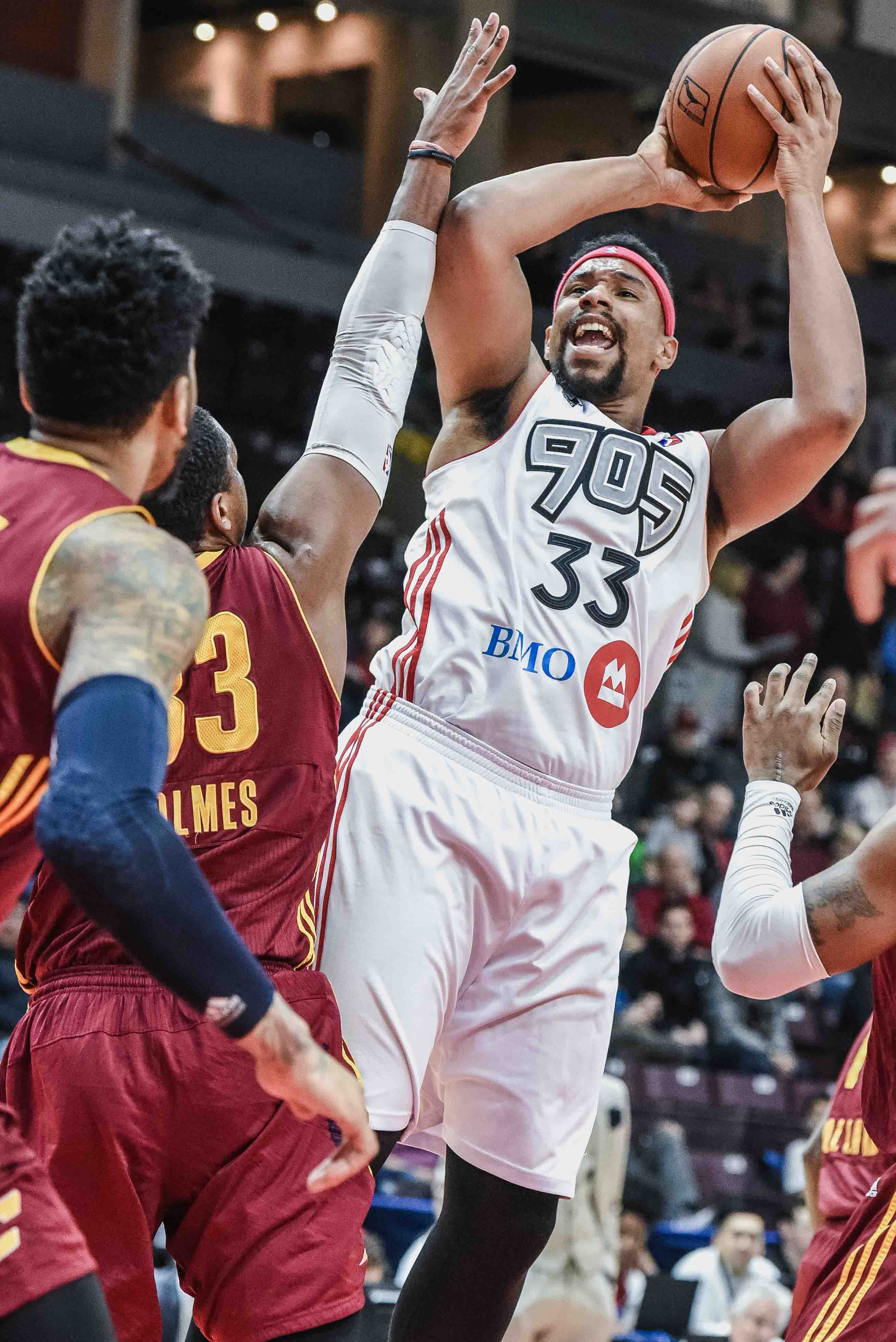 The Raptors 905 continued their winning ways with a wire-to-wire victory at home over the Canton Charge, avenging a home loss to the same team on January January 4th. With the win, the team improves to 24-9 and sits atop the NBA D League’s Eastern Conference, two and a half games ahead of the Maine Red Claws.

The 118-88 final score was indicative of the kind and extent of a beat down the team representing Mississauga put on the 18-15 Charge.

The game was also the second appearance for Toronto Raptors forward Jared Sullinger, who continues to work his way back into game shape after injury woes.

The 905 set the tone on the defensive end from the opening tip off as they held Canton to 16 points in the first quarter on 31 percent shooting and led 33-16 after the first frame.

Head coach Jerry Stackhouse, impressed with his team’s effort on the defensive end, also praised the leadership and offensive execution of the team out of gate lead by Sullinger and Fred VanVleet.

The 905 continued their solid play in the second frame, taking a 60-44 lead into the half, led by All-Star Edy Tavares’ 10 points and Canadian Brady Heslip who had 9 points at the break off of 3 threes. Sullinger ended the first half with 8 points, 4 rebounds and 3 assists. He would finish the game with a double-double of 16 points, 10 rebounds and 5 assists on 6-11 shooting including 2-for-2 from the three point line in the game.

The home squad continued to dominate after three quarters, leading by 20 at that point and the fourth quarter was insignificant as the game’s result in the 905’s favour was never in doubt.

With that said, Stackhouse was really proud of the effort the team put forth for the entire game and praised his team for the outcome.

“Just a great group of guys, great effort, played together for the whole game. Finally put it together for 48 minutes. You know we’ve had a couple, three quarters and got some separation from teams and allowed them to come back. I thought tonight we fought for 48 straight minutes. “

As for Sullinger, Coach Stackhouse praised the forward for working the game from the inside out while looking for his teammates all game.

“I think it was a great effort for him. I think for him it’s about not proving anything to anything to anybody else. Now he’s proving it to himself. “

Sullinger, an Ohio State Buckeye alum, felt good about his game, especially the way the team was sharing the basketball.

“I just made the extra pass and I mean I thought we set the tone early when we moved the ball. We found Edy I think for like three dunks in the first three minutes and that kinda set that tone and that we’re moving the ball.”

“I think we did a great job all night. We made the extra pass and got even better shots. We’re just playing team basketball”, added Sullinger.

The crowds for Raptors 905 haven’t always been large or that boisterous this season but it was a factor tonight, and coach Stackhouse felt it.

“Aw man, it was awesome. I felt it before the game. Probably one of the most lively crowds we had all season. Felt like a great atmosphere; you know on a Saturday night for them to come and support these guys, and they’ve earned it. Everybody knows the Raptors have the best fans in the league and now some of them are starting to trickle down to Mississauga and we’re enjoying that. “ said Stackhouse.

All-Star Tavares finished the game with a 16-point, 10 rebound double-double, shooting 7-for-8 (.875) in a solid effort from the Center spot.

Canadians Brady Heslip and Negus Webster Chan had solid games. Heslip, one of the league’s top shooters, had a team-high 18 points on 6-of-9 shooting, including 5-of-8 from behind the arc. Webster-Chan came in off the bench and was productive in his 15:13 minutes of playing time, notching 6 points while hauling in 3 rebounds and dishing out 3 assists.

Next Game: Home game on Tuesday February 14th at 7:30pm vs. the Westchester Knicks. This is the team’s last game before the NBA D League All-Star game.

Written and edited by Drew Ebanks