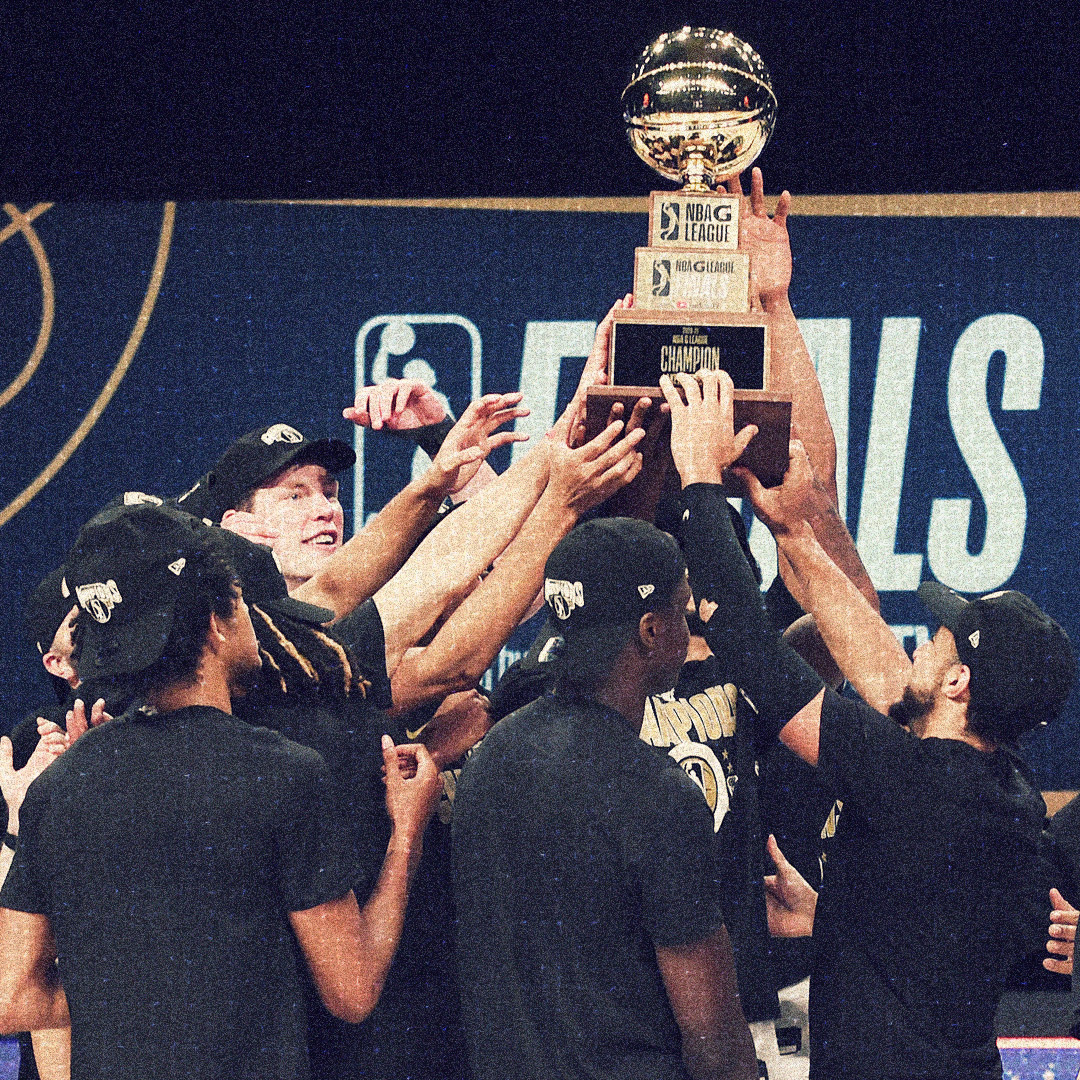 By Connor LamontMarch 12, 2021No Comments

The Lakeland Magic never trailed against the Delaware Blue Coats Thursday for a dominant 97-78 victory to win the 2021 G League Championship in the Orlando bubble.

The 6th seeded Magic upset three straight teams on their way to their first championship in team history.

Lakeland’s Devin Cannady led all scorers with 22 points, 6 rebounds and 4 assists and earned the finals MVP award. His teammates Jon Teske and Tahjere McCall chipped in 15 and 11 points respectively.

For the Blue Coats, Rayjon Tucker competed all game for his 20 points and Isaiah Joe added 18.

The final pitted the top two offensive teams in the playoffs against each other for the single- elimination final. However, it was the defence for both teams that outperformed the offence in the first half, particularly for the Magic. Each team had 5 steals but Lakeland limited the Blue Coats to 1-15 shooting from beyond the arc.

Lakeland got off to a quick start in the first quarter with an 8-0 run thanks to the play of Cannady. The guard had a nice early drive for a layup and a three to put Delaware on their heels early. The Blue Coats struggled to find their rhythm in transition which resulted in only 11 first quarter points and trailed by 10 after one.

Delaware picked up their play in the second quarter, but failed to capitalize on good looks from three and in the paint. Blue Coats’ guard Justin Robinson, who played the entire first quarter, moved the ball around the court excellently, but his teammates could not finish. In Delaware’s defence, the Magic had strong defence from players like Canadian Karim Mane. Mane played an integral defensive role in Lakeland’s semi- final win and provided a similar role against the Blue Coats. As part of the starting five, he finished with 6 points and 8 rebounds to help his team lead 46-34 at half.

The Lakeland Magic had the highest scoring bench in the G League bubble and they went to work in the third quarter. McCall, 11 points and Andrew Rowsey, 9 points, gave their team effective minutes off the bench and continued to limit high scoring chances for Delaware. Lakeland led by as much as 25 before taking a 77-54 lead into the final quarter.

Delaware managed to shrink its deficit to 15 mid- way through the quarter, but lacked any consistency to catch the Magic. Lakeland’s defence was ultimately too much for Delaware and was the difference maker in the win.

It was a team effort for Lakeland, who finished with 25 assists and had every player that saw action in the game score at least 6 points.

The Magic saved their best basketball for the second half of the season and playoffs, going 8-3 over that stretch. Lakeland defeated the 3rd seeded Erie Bayhawks and 2nd seeded Santa Cruz Warriors before playing Delaware Thursday.

Note: Canadian Justin Jackson did not see action in the game but captures his first professional championship.