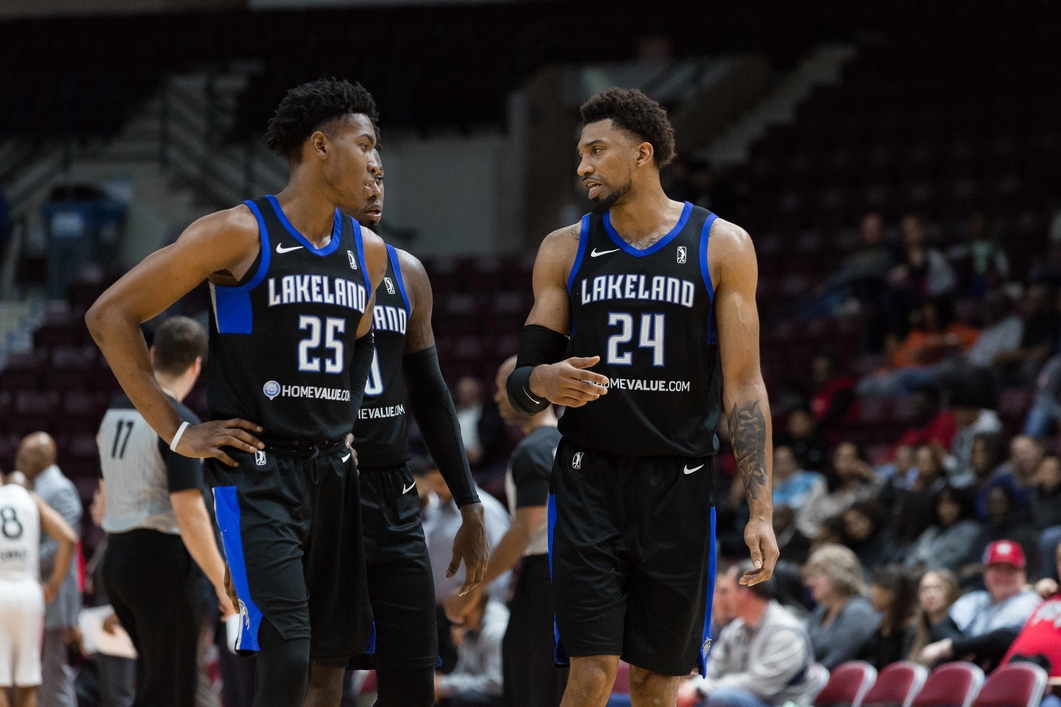 Khem Birch: Carving his niche & working his way back to the Big Show

Home » On Point Blog » Khem Birch: Carving his niche & working his way back to the Big Show

A white metallic sign stood next to the visitor’s locker room at the Hershey Centre, not far from the same court that saw a Raptors 905 team inherit its third largest loss of the regular season.

The writing plastered on the sign wasn’t important here. What caught the attention of the folks walking along the corridor, rather, was the immensity of the silhouette, which consumed it.

A quick 90° swivel of the head stood a rather large, burly man, nestled underneath a Lakeland Magic warmup sweater with draw strings pulled to its absolute threshold.

The person adorned in the dark-obsidian hoodie was none other than Canadian Khem Birch, a 6-foot-9 Montreal native who had just scorched the 905 for 18 points, 10 rebounds and three blocks, all while spearheading his club to the 114-96 win over the defending G-League champs.

Not a bad repatriation gift at all.

But what stands out about Birch other than his obvious stature is his ability to blend the old with the new, discovering ways to still be involved despite adopting a play style that doesn’t necessarily align with the current game.

The NBA has changed quite dramatically over the course of the past five years, quickly pacing towards a high octane, three-point shooting league and effectively rendering traditional big men nearly useless. And those of whom rely on the brute nature of their game have shrewdly developed other elements of their repertoire that haven’t yet surrendered to obsoleteness (e.g., a jump shot).

He’s agile to the point of keeping quicker guards in front of him on switches, and also possesses the ability to run the floor, rebound, and block shots at a high rate, truly impressive considering he’s far from a liability on the offensive end of the floor where he’s averaging 12.6 points per game.

Birch has only accrued five minutes so far with parent club Orlando Magic, but he’s well aware that his good play in the G-League will likely translate to an NBA call up, he just needs to refine a few things while with the Lakeland Magic.

“I think I gotta’ bring a better motor and also just get about five pounds heavier,” he said, with a determined, unwavering look on his face.

“I just gotta’ do my role. I think the last few games I’ve been kind of forcing it a lot, but tonight I decided to just play team basketball and do what I do best, blocking shots and playing defence.”

Protecting the paint was his calling card at UNLV. It was also something he was known for while playing pro ball in Turkey and Greece.

If Birch is to break the seal into the NBA then he will likely have to sustain his excellent play in the G-League. Having already experienced the agony of being waived back in 2014 by the Miami Heat prior to the start of the season, the big man is not about to let his NBA dreams pass by this time around.

“When I went to Turkey I didn’t think I was ever going to come back, so the fact that I’m here, I’m going to take every opportunity,” he said. “The opportunity before [with Miami] I took for granted, now I’m not taking that for granted.”

For now, Birch is content with making power moves in the G-League and helping his Lakeland Magic contend for a championship. He’s also on a short list of Montreal-born players who have played in the NBA, thus taking the onus upon himself to serve as a sort of role model for kids in the Quebec region.

“I think that me being here just helps a lot. They can just view me as one of those guys in the NBA, before they couldn’t because I was overseas, but now they see me and hopefully they do the same as well.”