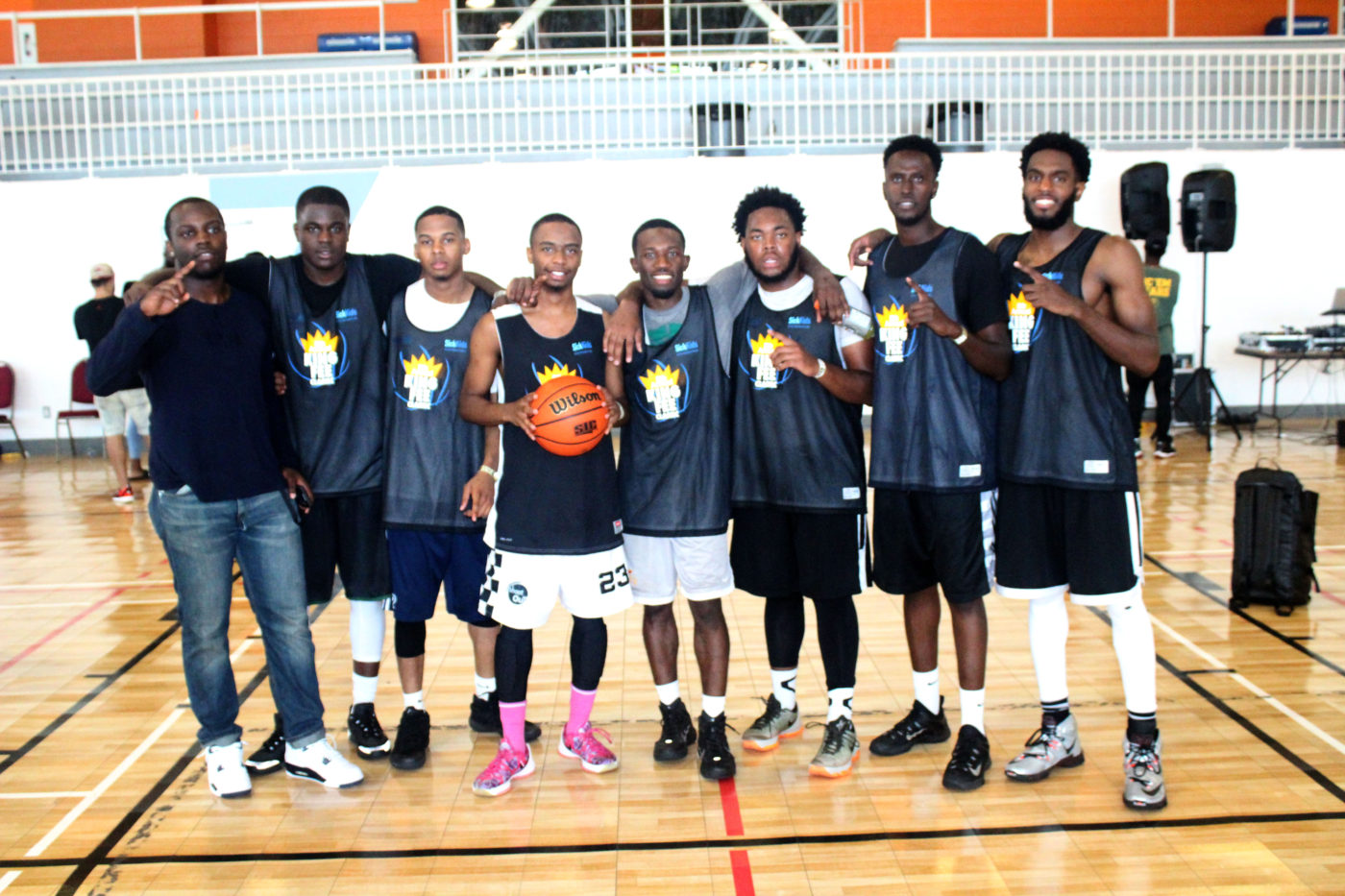 Many were in attendance August 6th and 7th at the Brampton Soccer Centre for the fifth annual King Fee Classic – a charity event hosted by the Ankoma-Mensa family in honour of the late Kofi Mensa who was diagnosed with a rare form of cancer known as Mesothelioma in 2010. It was widely understood that Kofi’s one wish was to organize a basketball charity event where all funds raised would go towards the research and cure of Mesothelioma.

Now concluding their fifth rendition of the event, there’s high optimism that the charity event will continue to be a beacon of hope for not just people suffering from Mesothelioma, but anyone enduring the plight of cancer.

“Kofi was an excellent character, he touched many lives and was someone you wanted to be around,” said Peter Boateng who is one of the lead organizers of the event. “Unfortunately, when he passed away, it was difficult and it was a tough time, and we just wanted the honour and legacy of Kofi to live on for a long time. We thought the best way to do that was to host a basketball event in his name.”

The idea for the Mensa family was to create a basketball tournament where all funds that were raised would go towards the research and cure of Mesothelioma. The future success of “SickKids” rest upon the availability of more funds to provide support services for new advances in diagnosis, treatment, and care, as per the King Fee website.

“Our original goal was to raise $32,000, as that was Kofi Mensa’s jersey number, but we surpassed that goal last year, so our goal this year is $50,000,” said Boateng. “I’m pretty confident we will pass that goal.”

Family and friends have all joined in on the efforts and have even helped organize the two-day long event. Although the players dictate the direction of the event in terms of entertainment value, it’s behind the curtains where all of the hard work and brainstorming is orchestrated. One of those hard workers is none other than older sister Mame Yaa Ankoma-Mensa, who is the chairwoman of the King Fee Classic.

“I feel like the past years the event has grown every year. Anthony Bennett, Melvin Ejim, Andrew Wiggins, Corey Joseph, Andrew Nicholson – all of these guys have contributed because they’ve played with Kofi and understand how Kofi was as a player, he was always happy and smiling,” said Mame Yaa. “He always wanted to help people and that’s those guys way of contributing to us.”

There’s no doubt the Kofi Mensa touched the heart of many people in not just the basketball community, but anyone whoever had a conversation with him. Although he wore his heart on his sleeve and was an exceptional standout basketball player with a competitive edge, it was his off the court disposition and character that people gravitated towards.

“When we were younger we used to play against each other,” said Jabs Newby, former second overall draft pick of the NBL and one of the top young pros in Ontario. “I was on Bounce he was on C.I.A (rep basketball teams), and as years went by we got the opportunity to be on the same team when Bounce and C.I.A came together. We both transferred to a prep school in West Virginia,” said Newby.

“My relationship got stronger with him, you know, we were living together and became brothers. It’s just sad because he didn’t get the opportunity to play college basketball or play in the NBA because of his condition,” said Newby. “I think if he was here right now he’d be [playing] at the top level.”

“A lot of us knew Kofi and want to pay tribute to him, this is a big cause for his family and cancer research. I think it’s a big event for Brampton because we’ve got people from all over the GTA coming over and it’s very competitive, and he would want that.”

Though his passing will always leave a dent in the heart of those who were close to him, the King Fee Classic will continue to honour his name and be a sign of hope for those who have or are currently enduring the battle against cancer.