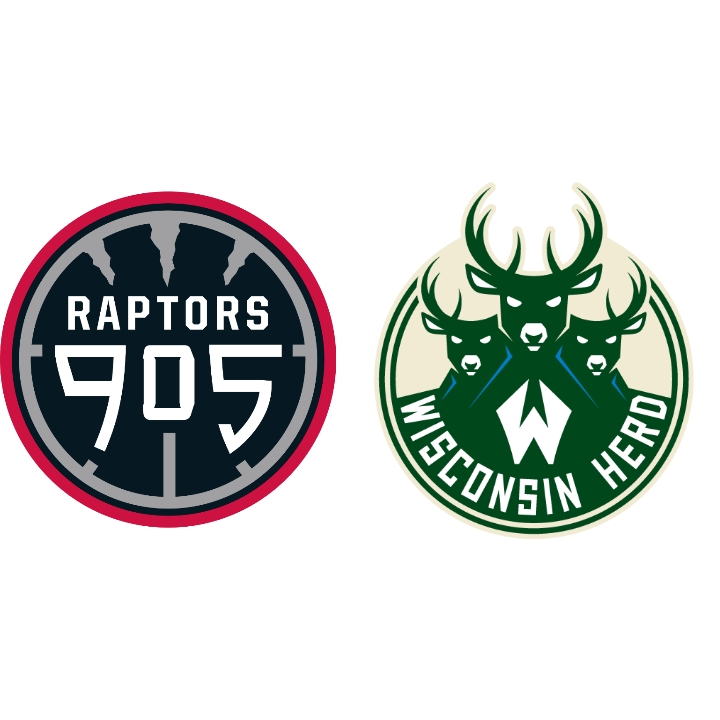 By Kyle OliveiraFebruary 18, 2022No Comments

A dramatic late comeback by the Raptors 905 fell just short as they lost 133-124 to the Wisconsin Herd on Thursday night in Mississauga.

Both teams were hot from the field to get things underway, but it was the Herd that remained consistent through the first half while the 905 went cold. Reggie Perry was an offensive catalyst, but minus him the Raptors were unable to get much of anything going in the second quarter, and they trailed 68-54 at the half. The third was much of the same, as a seemingly uninspired 905 team came out and gave up 36 points, now trailing by 18 heading into the final frame. From there though a switch flipped, the 905 locked up on D and finally started hitting big shots, many of which came from veteran Jodie Meeks. The Raptors were able to close the gap to as little as five with 3 minutes to go, but missed free throws and sloppy turnovers pushed the result back into Wisconsin’s favour as they were able to escape with the 133-124 win.

“I thought I was aggressive early, but as a team we couldn’t string stops together until the fourth quarter”, said Perry reflecting on the loss. “We couldn’t get enough stops and buckets to get back into the game.”

Perry was the main man for the 905 from the tip, finishing with a monster stat line of 38 points, 14 rebounds and 5 assists. Meeks was his partner in crime with 31 of his own on 8/14 from the floor. Breein Tyree had a good outing with a 24-point, 10-assist double-double, while Ryerson University alum Aaron Best had 11 points and 5 rebounds.

“Reggie [Perry] battled tonight, he was hurting”, said Raptors coach Mutombo following the loss. “We didn’t have any [reserve] big’s tonight and they played heavy minutes. They competed, they tried”.

Tremont Waters was the leader for the Herd in Thursday’s win, scoring 31 points and 8 assists. Jalen Lecque had 19 points with 6 boards while big man Wenyen Gabriel had 18. Rayjon Tucker had a near triple double with 19-9-8. Terry Larrier and Tiwian Kendley were big contributors off the bench, scoring 20 and 16 respectively.

It was a less than inspiring first three quarters, but a dramatic fourth made it worth it for the fans in attendance; the first 905 game in 2022 where fans have been permitted in the building.

The loss is the second straight for the 905 who will get to the All-Star break at an opportune time. Even in defeat the Raptors are in a great place in the standings, still sitting in 2nd in the Eastern Conference.

The 905 will come back from the break on the 23rd when they travel to North Carolina to take on the Greensboro Swarm.