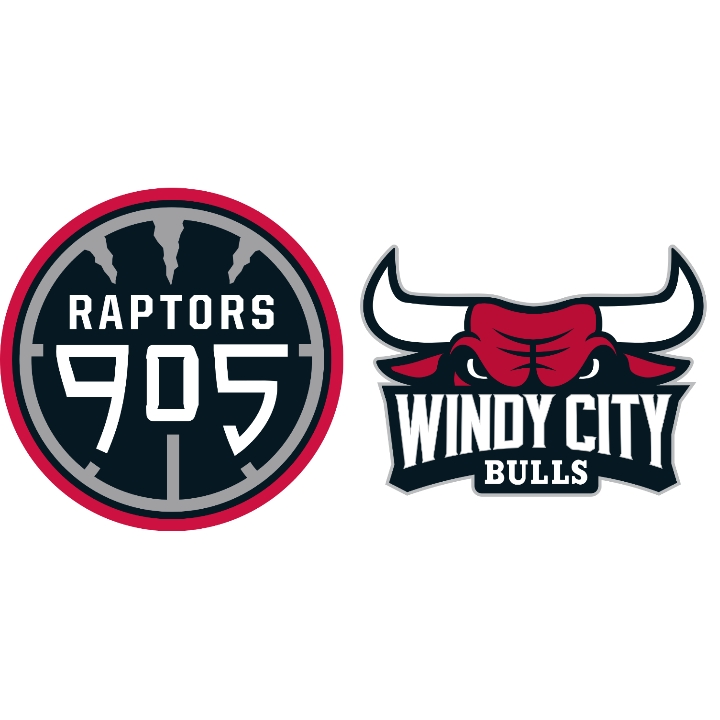 By Kyle OliveiraFebruary 4, 2022No Comments

The Raptors 905 took down the Windy City Bulls for a second straight game on Thursday night, winning 104-89 in Mississauga.

Things started much closer than they did in Tuesday’s blowout, with the Bulls coming out of the gates with far more energy. Still the Raptors held a 4-point lead through the first with hot starts from Isaac Bonga and David Johnson, before building upon it in the next frame. The 905 won the second 32-18, dominating the glass and playing some of the stingiest defence they’ve played all season. The third quarter was a bit of a wash as the 905 seemed to be running in first gear, but the strong second meant they carried a 76-62 lead into the fourth. From there the Raptors locked back in, and had a balanced offensive approach that featured six players scoring in double digits, which was enough to push the game back out of reach. The 905 never trailed, and walked off their home floor 104-89 winners.

“Our guys played hard from the get-go”, said 905 coach Patrick Mutombo post-game. “I thought our first two quarters were really focused and committed on both ends. It’s hard to play with a lead but our guys hung in there.”

Kevon Harris led Thursday’s balanced effort with a dominant second half: finishing with 18 points, 7 rebounds and 5 assists. David Johnson had 17 in the win, and Bonga impressed with 16 points, 6 rebounds and 5 assists. Justin Smith’s 13, Breein Tyree’s 11 and Jodie Meeks’ 10 rounded out the Raptors double-digit scorers, while Romaro Gill had 6 blocked shots off the bench in a dominant defensive display.

Centre Marko Simonovic was the offensive leader for the Bulls in the loss, scoring a game-high 24 points with 14 rebounds for the double-double. Kerwin Roach shook off a rough start and finished with 19 points, 6 rebounds and 3 assists, while Daniel Oturu had 13 points and 6 boards. Bryce Alford had 10 points, and Ethan Thompson finished with 9.

It wasn’t as comfortable as Tuesday’s 40-point win, but the performance was still impressive considering they were without Reggie Perry due to illness. It was a different starting five for the Raptors, but they were able to share the basketball and find great looks in transition all game long, scoring 52 paint points with 20 on the break.

“We were really bought in today”, said the 905’s Johnson post-game. “It’s hard to beat a team twice, we made some tweaks to the game plan and everyone bought in and stuck with it.”

The win extends the 905’s lead in the Eastern Conference to a full game, and keeps them ranked 1st in the G-League.

The 905 will look to make it three wins in a row on Saturday as they wrap up their lengthy homestand against the Delaware Blue Coats.