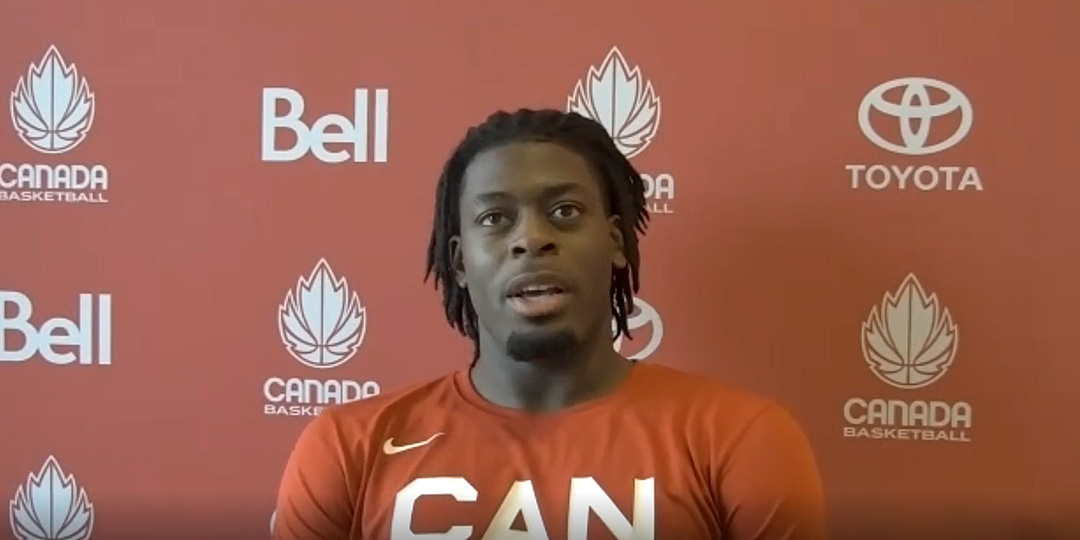 Luguentz Dort at the front of Canada’s defensive potential

When you look at the roster Canada is bringing to the FIBA Olympic Qualifiers later this month the talent jumps off the page and it’s easy to get lost in the offensive potential this group has but it’s the defensive versatility that has head coach Nick Nurse excited.

At the centre of the defensive scheme is 22-year-old Oklahoma City Thunder guard/forward Luguentz Dort who burst onto the scene in the NBA Playoff Bubble as a thorn in MVP candidate James Harden’s side. In the final game of that series, Dort put up 30 points and joined Kobe Bryant and LeBron James as the only players 21 or younger to put up 25 points or more in a game seven.

Not bad for an undrafted free agent signing.

On paper Nurse and Dort seem like a perfect fit. Nurse frequently experiments with rotations and schemes that demand a lot from his players. The now-famous box-and-one and triangle-and-two that he deployed in the finals against the Golden State Warriors in 2019 might be the best example of this. While not every scheme Nurse draws up works to the same effect, it’s not hard to imagine Dort slotting into the roles Fred VanVleet and OG Anunoby have occupied in his sets for the last few years.

“My opinion of him hasn’t changed,” Nurse said of seeing Dort up close. “He’s really good, man. Defence, a lot of its desire, he’s got a lot of desire to play it and that goes along with the gifts he’s been given physically to do it and he matches those up together really well.”

The style of play in FIBA games is more physical, and while this Canada team is missing stalwarts like Tristan Thompson and Kelly Olynyk who have been with the team for years, they’re drawing from a group of players who played throughout the year in AmeriCup Qualifiers and overseas. Players like Kaza Kajami-Keane, Trae Bell-Haynes, Andrew Nicholson, Melvin Ejim and Phil Scrubb will be able to impart some wisdom to the younger players.

“I played a lot of FIBA basketball, coached a lot of it in my coaching career,” said Nurse. “So I’m well aware of the things we’ve got to teach, talk about, go through. We’ve got a nice blend, we’ve got a bunch of guys who play FIBA year-round, who do a good job of explaining and talking.”

Having veteran FIBA players certainly goes a long way to developing Dort, who is a relative newcomer to the Canadian national team, who says he never saw himself as having a chance to go to the Olympics, but Dort doesn’t see any issues with a potentially more physical game.

“I think I’m a pretty physical guy already, I don’t think it’s really going to bother me,” said Dort with a laugh. “But it’s going to be a good experience to go through it and to see the different type of game it is over there. I’m really looking forward to it.

“I already play hard, if I can go harder, I will.”

Nurse says he sees the defensive potential of this team as one of its identities going forward into the tournament and says it will be one of the areas, they focus on the most but without the ability to host friendlies like Czech Republic, Greece and Turkey have been doing over the last week, Canada will need to get creative to keep up.

“I don’t think we can (replicate friendlies), we do the best we can, maybe a little differently,” said Nurse. “We may have to orchestrate some of those things ourselves, we can’t not talk about the rule changes, the style of play changes, how the game is reffed…the best way we replicate it is in our film room and our practice games.”