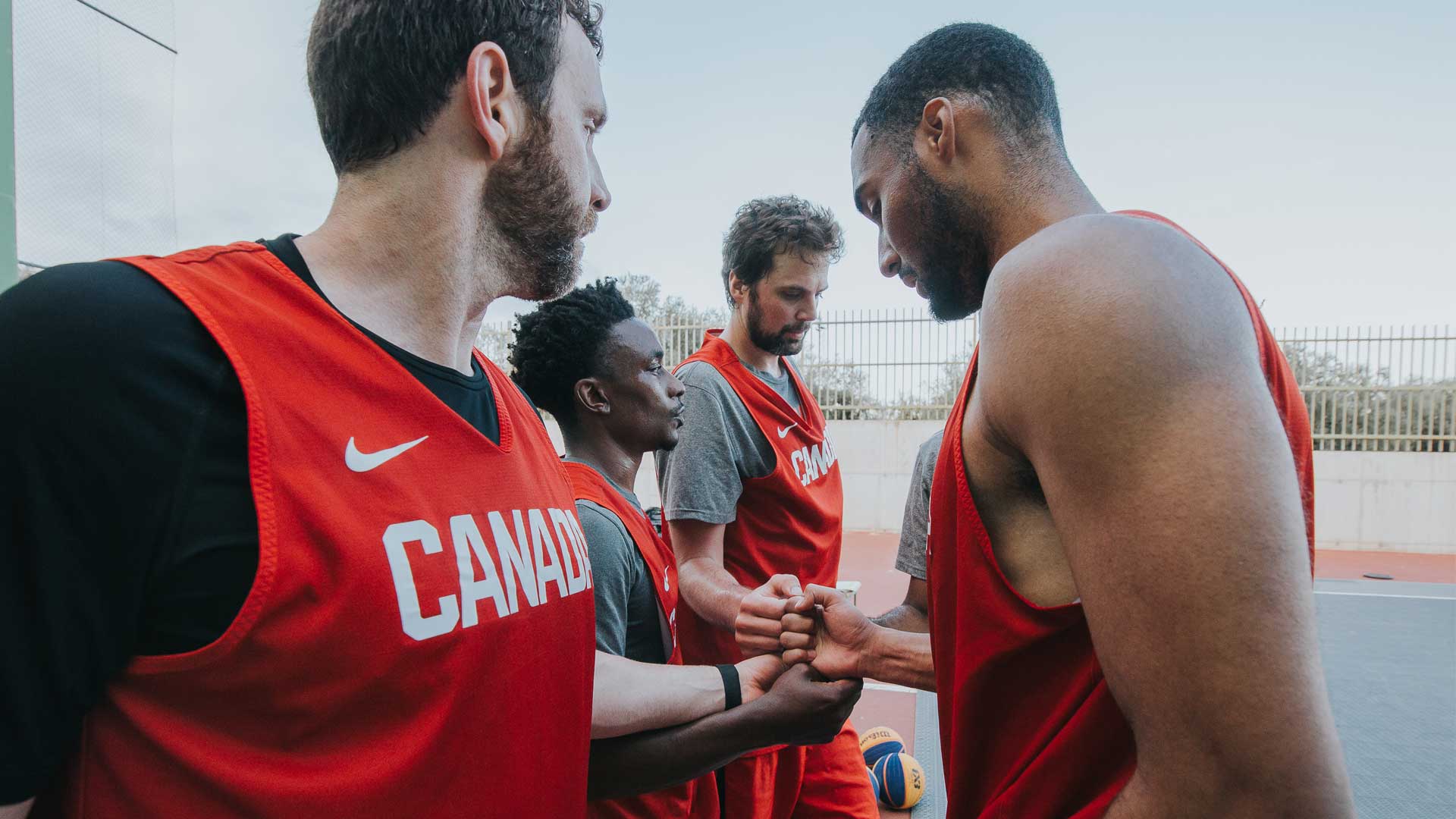 “Representing Canada is a tremendous honour for us,” Sir said.  “Thank you to the friends and family who have supported and believed in us throughout this journey.  We are extremely excited to represent our country at the FIBA 3×3 Olympic Qualifying Tournament and earn Canada a 3×3 spot at the Tokyo 2020 Olympic Games.”

A relative newcomer to 3×3, Landry made his impact felt in his first season in 2019 as he helped Team Edmonton capture several titles, including a first place finish at the WT Nanjing 2019.  Landry is the second ranked Canadian in the FIBA 3×3 Individual Ranking (28th overall).  Prior to joining Team Edmonton, the Calgary, Alta. native has represented Canada internationally in 5v5 since 2009 and most recently played during the FIBA AmeriCup 2021 Qualifiers in February.

Jensen-Whyte returned in 2019 and will represent Canada in 3×3 for the first time since a seventh place finish at the 2011 FIBA 3×3 U18 World Championships.  Jensen-Whyte, who played five seasons from 2012-2017 for the University of British Columbia Thunderbirds, also played for Canada in 5v5 at the Taipei 2017 Universiade.

Alex Johnson will represent Canada internationally in a FIBA competition for the first time in his career at the upcoming FIBA 3×3 Olympic Qualifying Tournament 2021.  As a member of Team Toronto, Johnson captured the 2018 3×3 Canada Quest National Finals.  He has also made three FIBA 3×3 World Tour appearances, including most recently at the WT Doha 2021 event last month as a member of Team Edmonton.

Prior to the COVID-19 pandemic, Team Edmonton competed in six Masters events on the FIBA 3×3 World Tour 2019 (Chengdu, Mexico City, Saskatoon, Debrecen, Montreal, and Nanjing), which was the most appearances by a new team and tied for the fifth most appearance by any team on the World Tour.  The team finished first at the World Tour Nanjing Masters and the Jiangsu Fountask Sports Nanjing Challenger and second at the inaugural World Tour Montreal Masters.

The event, which will feature 40 teams (20 in each gender), divided into four pools of five teams and seeded automatically based on the 3×3 Federation Ranking.  The participating teams are qualified via the FIBA 3×3 Federation Ranking (taking into account universality criteria) at the cut-off date (1 November 2019 in this case) and the results of the FIBA 3×3 World Cup 2019 (the medalists).

Each team plays the other four teams in their respective pools. The top two teams from each pool qualify for the quarter-finals and then play knock-out games all the way to the semifinals.  Six tickets (three per gender) to the Tokyo 2020 Olympics – where 3×3 will make its debut – will be awarded at the FIBA 3×3 Olympic Qualifying Tournament.  3×3 was added to the Olympic Program, starting from the Tokyo 2020 Games, on June 9, 2017.

The top 3 teams in the FIBA 3×3 Ranking in the men’s category (Serbia, Russia and China), along with the Japanese hosts, have already qualified for the Olympics.