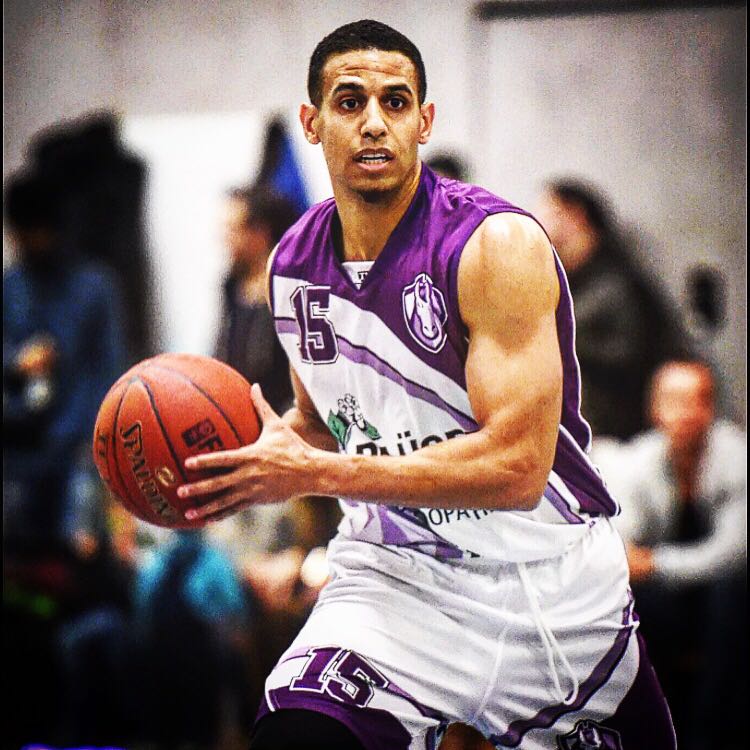 Michael Smith: A.K.A. ‘Reggie’ not one to mince words regarding hoops journey

Home » On Point Blog » Michael Smith: A.K.A. ‘Reggie’ not one to mince words regarding hoops journey

The road to any professional league is invariably difficult. There are ups and downs, great games and bad, wins and losses, but eventually it all becomes necessary.

Development requires limits to be tested, challenges to be surpassed, and, in many cases, mental brilliance.

For Michael Smith, trotting the unconventional path required a sense of mental toughness that only a resilient personality could truly foster, and it’s something he was forced to employ more than a decade ago.

“I didn’t play high-school basketball,” said Smith, who recently inked a deal with BC Soest in Germany less than a month ago, his second professional contract. “The coach didn’t pick me all four years.”

“I was better than half the team, but [coach] didn’t show me love.”

Facing rejection once can be dispiriting – in any aspect of life – but to circle through a perpetual door of hopelessness and still maintain a desire to succeed is certainly impressive, not to mention unique.

To say the 6-foot-3 guard was shaken up would be an understatement. He bobbled with the idea of leaving basketball for good and instead shifted his focus towards getting an education.

“I went to York University for Professional Writing because I was so messed up from the whole high school thing,” he said. “I thought I was done ball.”

But Smith couldn’t fathom the idea of giving up on his dream despite going through four disappointing years at St. Marguerite d’Youville. He knew where he wanted to be, it was just a matter of getting there and finding the right people to surround himself with.

Smith’s time at York University proved to be the springboard he needed to jumpstart his basketball career.

“I was doing the dunk team thing with Air York on the side and then that got bigger and bigger, eventually more people were doing it,” he said of the online series that featured a series of athletes performing eye-popping dunks. “I started the dunk team just to do something constructive with the game, and after connecting with different guys with different educational backgrounds, I was able to design Air York.”

“I started my own business with it and then I was able to get [highlight] tapes from my men’s league and it eventually led to a scholarship at the University of Regina.”

Because Smith didn’t play high-school basketball and had no real way of simulating that experience anywhere else, his time at Regina didn’t pan out the way he had hoped. He was an iso-heavy guard who could create his own shot and play make for others, but he was missing the structural side of basketball, a side he wasn’t able to develop in men’s leagues or in dunk videos.

“Regina was a good start but I wasn’t ready for it,” he said. “I didn’t play high-school basketball, I didn’t know what help defence was when I got there. I just wasn’t ready mentally for it. I was a good one-on-one player, I could shoot the ball and blow by anyone offensively, but I didn’t have the IQ for the game yet.”

On top of not having the requisite experience to truly optimize his skillset in Regina, the coaching staff tried to mold smith into a lockup defender who wouldn’t have much involvement in the offence. Eventually, after one season and not finding his role, Smith went on to red shirt his sophomore year and subsequently transferred to Brandon University in Manitoba – it was the fresh start he was looking for, but it wouldn’t last long.

“I proved to myself that I could finally play at that level, I could play all along. But one of the players didn’t like me and he was in the coaches ear, and the coach eventually let me go after averaging 13 points per game. It was all politics”

Smith has dealt with push back on the hardwood at almost every level: he wasn’t given a fair opportunity in high school; he wasn’t utilized to his fullest potential in Regina; and when he was finally comfortable in a situation, he was quickly shown the door. On top of that, in his first ever professional contract with the National Basketball League of Canada, he was drafted by Halifax and immediately traded to Windsor, only to be cut after spraining an ankle three days in (Windsor went on to win the championship). Not to mention, after leaving Brandon, Smith would tear his ACL while playing for the University of Northern British Columbia.

But despite the parade of signs telling him to stop pursuing his dream, despite coaches telling him he wasn’t good enough to go far with basketball, and despite enduring a grueling year and a half period of physiotherapy, Smith stood tall through it all and it’s led him to where he is now.

“I put together some tape that I had at UNBC and sent it to some agents,” he said. “And eventually I got a look to go to Germany.

Following a more than successful campaign with the Westfalen Mustangs in Regional Two of the German league, where his club went on to win the championship, Smith looks to repeat the same result with BC Soest, albeit in the stronger, more competitive league of Regional One.

But in order to fulfill that goal, he understands that there’s a high turnover rate with foreign players, and if he doesn’t produce every game, then he’ll be asked to leave, a seemingly prevailing theme in his life.

“We went through so many point guards, so many got let go,” he said. “So many guys got let go and you’re just there. You can’t play bad two games in a row, you just can’t.”

When asked how the added pressure would affect him, Smith was quick to harken back to his not-so memorable days with the game of basketball.

“Even when I was faced with the hardest moments of my life I always knew how much I loved the game and how much I loved playing,” he said. “It always made the decision to continue easy, because any roadblock I faced was never as difficult as the four years of high school ball I missed. Mentally, I was forced to be relentless at a young age, and I’m happy that even with a lot of bad luck, I’m finally seeing the benefits of everything I worked for.”

“It really goes to show that there are really no excuses when you love something.”

A motto that’s stuck with him his entire life.