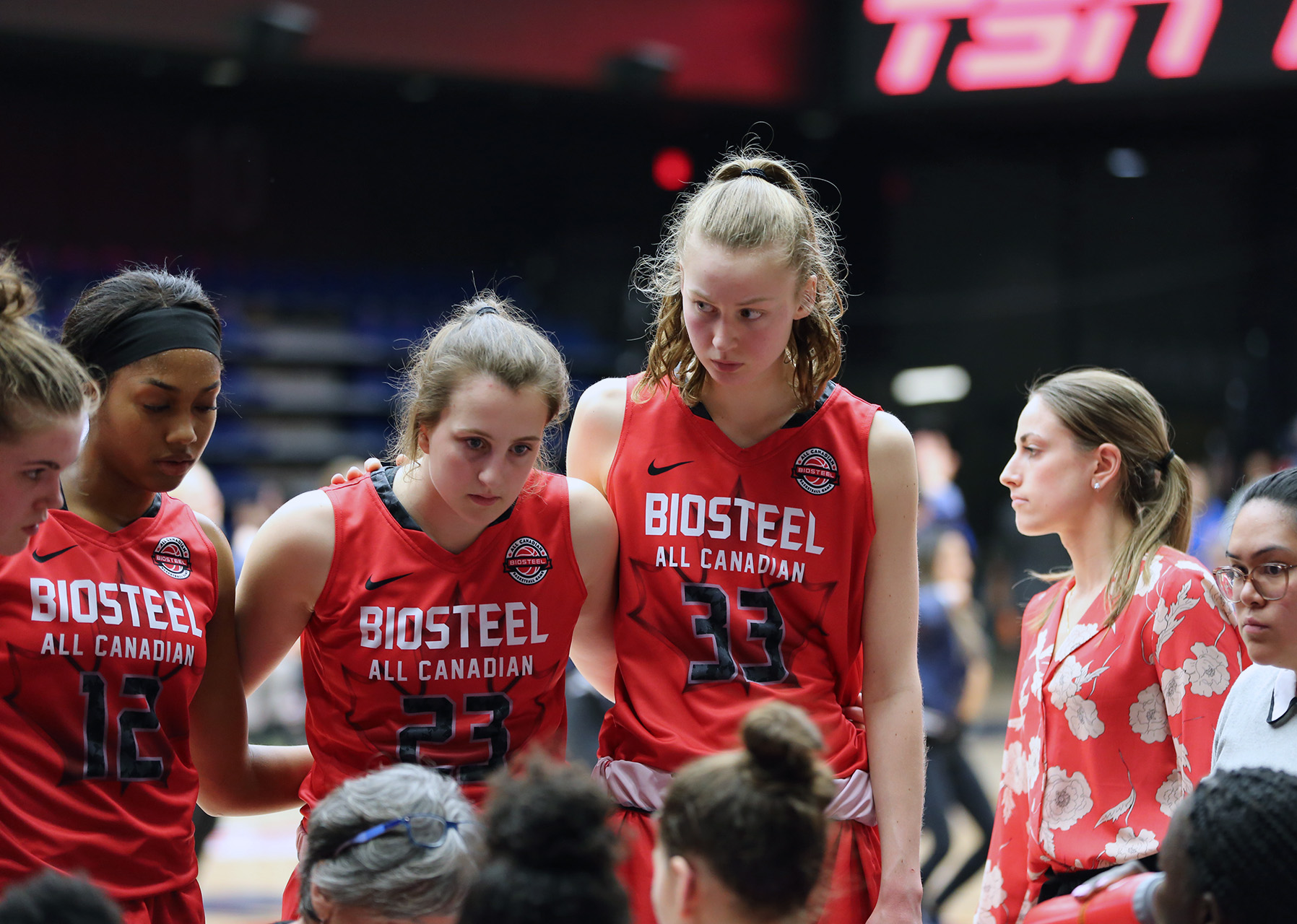 Olivia Morgan-Cherchas and Deanna Tuchscherer were among 24 high school athletes from across the country to play in the inaugural BioSteel All-Canadian Girls Game this past Sunday and the two British Columbia natives won’t have to wait long before they see each other on the court once again.

While both players were considered blue-chip prospects coming into their senior years in high school, and were even seen as a lock to head down south of the border, playing in the NCAA wasn’t necessarily always the number one option in the back of their minds.

Morgan-Cherchas, who is looking to pursue a career in sports medicine, knew that bringing a degree in that field back into Canada would be very difficult. She ultimately chose UBC for its strong academic and basketball programs, but when it came to forgoing U.S. offers to choose a Canadian school, the choice to go to UBC wasn’t too hard for the South Kamloops Secondary senior.

“As far as picking between the schools in Canada, I didn’t have like a lot of choices,” Morgan-Cherchas said. “Because I think a lot of them just assumed that we’d all go to the States. So yeah, I didn’t have too many options which made my decision very easy.”

For Tuchscherer, she had been looking at schools in the NCAA for the past couple of years. Despite her father having served as head coach of UFV since 2002, Tuchscherer noted that when the the two sat down to discuss her future this past summer, they had actually never talked about staying in the country up until that point when Al Tuchscherer eventually brought up Canadian options.

“As soon as he said that I actually just started crying,” Tuchscherer recalled. “Like, I knew that’s what I wanted to do and then he was like, ‘ok well, do we need to start contacting people?’ And I told him, ‘well if I’m going to stay in Canada I’m not going to play for anyone else other than you.’”

Playing for the UFV Cascades this fall will certainly be a special moment for the G.W. Graham Secondary senior, who’s mother Denise Tuchscherer also played for the same program in her post-secondary career.

“All my role models growing up were players that played for my dad at one point,” Tuchscherer said. “I grew up with that program, even in practices just sitting on the sideline when I was a kid, that’s how I learned the game.”

McMaster University women’s basketball head coach Theresa Burns, who was the head coach of Morgan-Cherchas’s and Tuchscherer’s BioSteel All-Canadian Team Red this past weekend, pointed out that the decision of highly-recruited prospects such as the two B.C. players to stay in Canada after high school is one that can contain many factors.

“There’s multiparts to all of this, I think,” Burns said. “Let’s not forget that they’re student-athletes and their choice of academic institution is really, really critical. And they want a Canadian education, and I think that’s fantastic.”

Other factors, Burns noted, include the opportunity to play in front of family, friends, coaches and teammates who have supported them throughout their careers. Additionally, Burns has also seen cases where athletes simply want to give back to the game in Canada.

“I’ve heard some of them say as well, they feel like they’re giving back to the game in Canada that helped them.” Burns added. “Like, this is the game that gave me this opportunity, I want to stay here and help grow the game, and be a role model for girls here so the next group coming up sees me play and they keep playing.”

Having competed against each other in the B.C. Secondary School AA Championships for two straight years, and recently playing together on Canada Basketball’s U17 National Team, and now being a part of the first-ever BioSteel All-Canadian Girls Game – Canada West can expect to see a special upcoming five years of basketball between the two British Columbia universities, and maybe even an impending rivalry.

“One of my high school teammates is going to the same school as Deanna,” Morgan-Cherchas said, “so I have a couple ties there, so I can see a rivalry happening.”

“We were in the finals, both of our teams, we lost both of those games,” Tuchscherer said. “We kind of have that chip on our shoulder there, so going into university hopefully we’re able to get her back.”