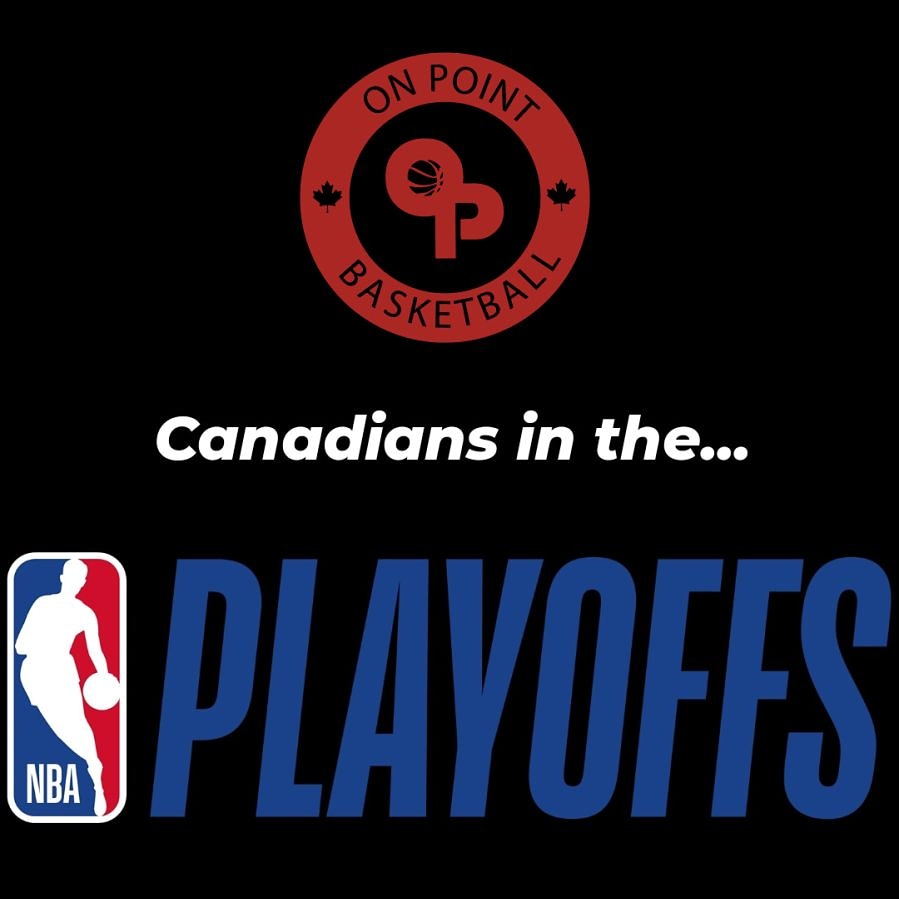 By Kyle OliveiraJune 8, 2021No Comments

The first round of the 2021 NBA Playoffs officially concluded with the Los Angeles Clippers game 7 victory over the Dallas Mavericks on Sunday afternoon, narrowing the field to the final 8 title hopefuls. Unfortunately for hoop fans north of the border, no Canadians advanced past the first round this season, although a few of them played significant roles for their respective teams. In this article, we will be highlighting the top Canadian performers from the opening round of this year’s postseason and examining their contributions.

Canadian Dillon Brooks had a coming out party in the first round against the top seeded Utah Jazz, even if they were eliminated in 5 games. Brooks came out firing in a Grizzlies game 1 win on the road, scoring 31 points on 13/26 shooting to go along with 7 rebounds. From there on out, Brooks scored at least 21 points in every game, never shooting below 46% from the field. His offensive game really flourished this season, and the nationally televised postseason games have allowed for a bigger audience to get hip to Brooks’ talent, turning many uneducated naysayers into fans within the span of a week and a half. The Grizzlies were obviously outmatched as the #8 seed, but Brooks has proven that he has enough talent to be a mainstay in this league for a long time, and will certainly be one of the key Canadians to watch heading into next season.

RJ Barrett got his first taste of postseason basketball in just his second season in the league, and the results did not go the way he or the city of New York would have liked them to. The Knicks regular season was impressive, but their playoff run was short lived thanks to the brilliance of Trae Young and the Hawks supporting staff, who were able to dispatch the Knicks in just 5 games. Barrett finished with a 14-point 11-rebound double-double in a first game loss, but struggled shooting the basketball in games 2 and 3. He turned it around in game 4 with a nice 21-point, 6-rebound, 4-assist game on the road, but it wasn’t enough in an Atlanta blowout that gave them a 3-1 series lead. In a decisive game 5, Barrett struggled with his shot like most of the Knicks lineup, shooting 5/14, although he did manage to finish with 7 boards and 5 assists. Barrett is still a young player who’s learning, and even though the playoffs didn’t necessarily go to plan for him and this upstart Knicks squad, the future is shining bright, and it will be interesting to see how much the Canadian can improve heading into his third year in the association.

Dwight Powell fell back a bit in the Mavericks rotation this season, and with injuries and other setbacks moving him out of the fold at times in the regular season, he struggled to find minutes for the Mavericks in their heartbreaking 7-game series loss to the Clippers. In the first 3 games of the series, Powell only averaged about 5 minutes of playing time, and didn’t register a single basket. Powell was only given 4 minutes of court time in game 4, but managed to score 7 points on 3/4 shooting in that limited time, which led to a minutes-increase in an important game 5. With the series tied at 2, Powell made his first real contributions with 8 points and 7 rebounds in 21 minutes of action, and while it wasn’t the best performance of his career, he did play a role in the Mavericks taking a 3-2 series lead. Unfortunately for Powell, the minutes went back down in game 6 and 7 as Dallas lost the series in 7 games to Kawhi Leonard and company. With the spotty playing time, it’s hard to truly judge Powell’s performance in this year’s playoffs, and the hope is that he will be able to find some consistent minutes next season, whether that be in Dallas or somewhere else.

Boston Celtics big man Tristan Thompson had an up-and-down regular season with injuries, but he finished off the season healthy and looked to provide a spark to a Celtics team that desperately needed it. Once the ball was tipped though, the Celtics were completely outclassed by title favourites the Brooklyn Nets, and were quickly taken care of in 5 games. Thompson didn’t do much in game 1 for Boston, only putting up 4 shots in 30 minutes of action, but did pick it up in games 2 and 3. Thompson finished with a 15-point 11-rebound double-double in game 2, and followed it up with an even more impressive 19-point 13-rebound double-double in game 3 that ended up in a Celtics win. Unfortunately for Thompson, the numbers declined in the series two final games, but that felt like it was more due to the dominance of Brooklyn rather than his inability to perform. Thompson has proven that he can still be a valuable big in this league, and it will be interesting to see what happens for him next as he enters the final year of his contract amidst heavy turmoil in the city of Boston.