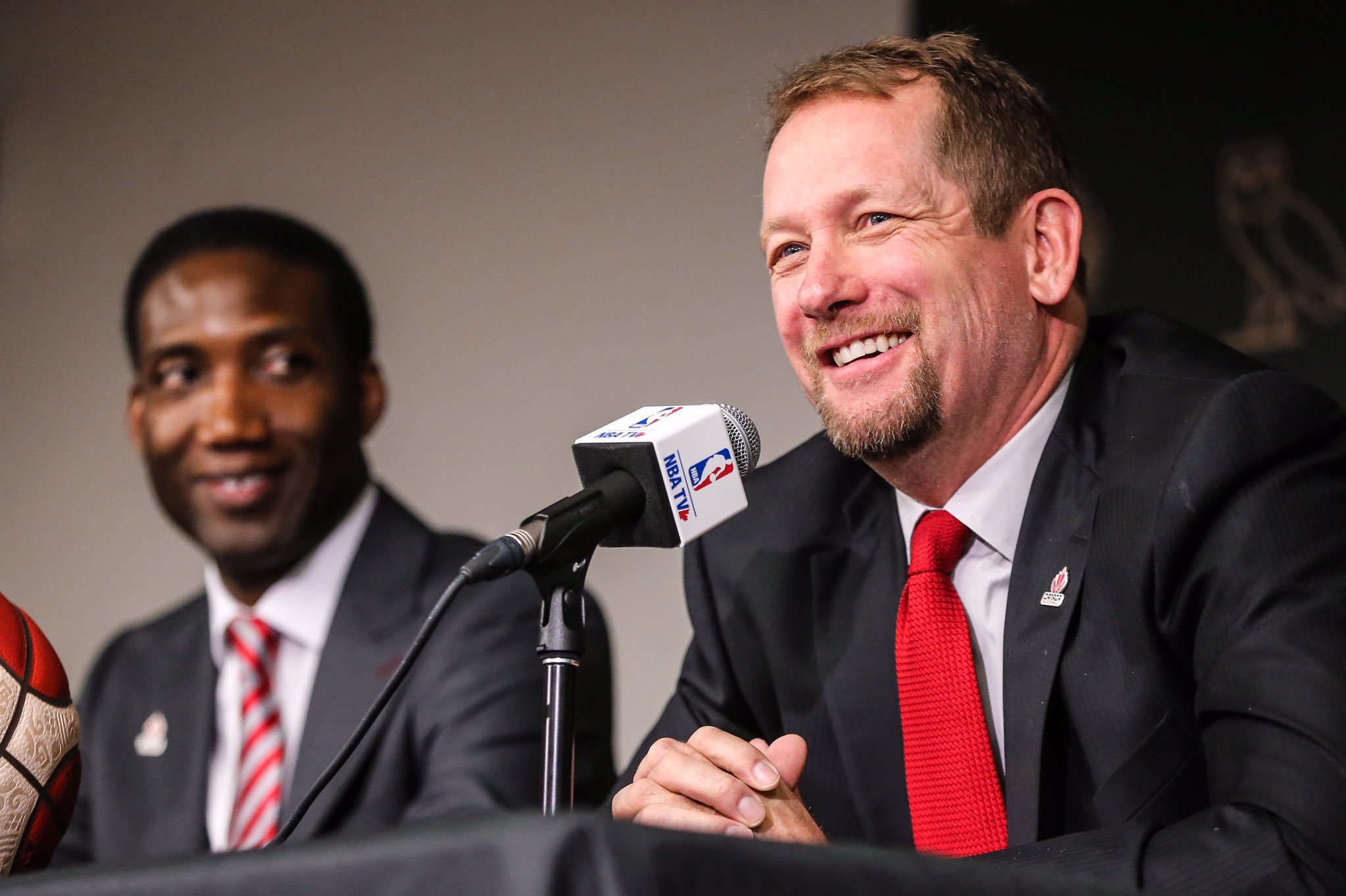 In addition, Gordie Herbert, who last coached Team Canada to a pair of victories during the second window of the FIBA Basketball World Cup 2019 Americas Qualifiers, has been named Associate Head Coach and will be a member of Nurses’ staff at the upcoming World Cup. Herbert will also coach Canada at the FIBA AmeriCup 2021 Qualifiers which are set to begin in November.

Nurse, 51, is currently the head coach of the Toronto Raptors, a position he has held since 2018, after serving as an assistant coach with the team the previous five seasons (2013-2018).  This season, Nurse led the Raptors to their first NBA championship in franchise history.

Nurse previously served as an assistant coach with host Great Britain at the 2012 London Olympics.

A native of Carroll, Iowa, Nurse played four seasons at the University of Northern Iowa and finished his career at the school’s all-time 3-point percentage leader (.468). Following his playing career, he stayed on with the Panthers as an assistant coach for the 1989-90 season.

After a one-year stint as a player-coach with the Derby Storm in the British Basketball League (BBL), Nurse transitioned to a full-time coach when he returned to Iowa as the head coach at Grand View University (1991-1993).  At just 23 years old, Nurse was the youngest college basketball coach in the United States at that time.

Following his time at Grand View, Nurse spent the next two season as an assistant coach University of South Dakota Coyotes (1993-95) before returning to the BBL in 1995.

Nurse returned home to Iowa where he became the first head coach of the Iowa Energy (2007-11) for their inaugural D-League (now NBA G League) season.  Just three seasons later, he led the Energy to the best record in the league (37–13) and 2010-11 D-League championship.  Nurse was rewarded for his efforts with the Dennis Johnson Coach of the Year Award.  The following season Nurse joined the Rio Grande Valley Vipers and helped the team capture their second title in franchise history in 2012-13.  Nurse is the only coach to lead two different teams to an NBA G League Championship and was selected as head coach of the NBA G League All-Stars three times.

Last season, Herbert, 60, was head coach of the German BBL club Fraport Skyliners Frankfurt, a position he has held since 2013.

In addition to the Qualifiers, Herbert also served as an assistant coach with Canada’s Senior Men’s National Team at the 2002 FIBA World Championship in Indianapolis.  Internationally, Herbert has also been head coach of Finland’s U18 team (1995-97, 2010) and the Georgian national team (2005-07).

After attending college at the University of Idaho (1979-1981), Herbert enjoyed a 12-year playing career in Finland.  In 1994, the Penticton, British Columbia native transitioned into coaching, and spent several seasons coaching in Finland’s Korisliiga with Korihait (1994-96) and Espoon Honka (1996-99).

Herbert spent one season in Austria coaching the Oberwart Gunners (1999-00) and was named Austrian League Coach of the Year after leading the team to a 21-7 regular season record.  After one season with s.Oliver Würzburg (2000-01), Herbert became head coach of the Skyliners (2001-04), leading the team to their only Basketball Bundesliga title in program history during the 2003-04 season.

Following his time as an assistant coach with Team Canada, Herbert became head coach of Paris Basket Racing (2004-06) before joining Élan Béarnais Pau-Orthez (2006-07).  In his only season with Élan Béarnais, Herbert led the team to their third French Cup and only French Super Cup title in the 111 year history of the team.

Following one year in Greece with Aris Basketball Club (2007-08), Herbert returned to Canada and spent the 2008-09 season as an assistant coach with the Toronto Raptors.

He rejoined Espoon Honka in 2009 and helped the team capture the Finnish Basketball Cup for just the second time since it was founded in 1968.  The next year he returned to the Skyliners before joining Alba Berlin for the 2011-12 season.

Since 2013, Herbert has been head coach of Fraport and became the first Canadian to be named BBL Coach of the Year (2016) after he led the Skyliners to a victory in the  inaugural FIBA Europe Cup championship.

As a player, Herbert has represented Canada on several occasions including a fourth-place finish at the 1984 Summer Olympics in Los Angeles, as well as the 1986 FIBA World Championship.  Herbert was also a member of the Canadian team that won a gold medal at the 1983 Summer Universiade in Edmonton, Alta.

Canada is in Group H along with Senegal, Lithuania and Australia for the FIBA Basketball World Cup 2019.

“I’m looking forward to working with this talented group of young players, and to seeing what we can do on the competitive global basketball stage. I love the international game.  I also see this as a real chance for me to learn from the world’s best, and for us to represent Canada with pride and distinction.” – Nick Nurse, Head Coach, Senior Men’s National Team

“I’m very excited to once again be involved with Canada Basketball.  Rowan and Glen both have a clear vision of where the program needs to go and the culture that is required.  This is also a great opportunity for me to work alongside and learn from Nick Nurse.” – Gordie Herbert, Associate Head Coach, Senior Men’s National Team

“Nick fits our Gold Medal Profile as he is a proven leader with extensive experience coaching FIBA, NBA and other professional leagues around the world.  His coaching pedigree shows his ability to win at some of the highest levels and he has a tremendous understanding of the FIBA game and our Canadian NBA players.  We strongly believe that this unique combination gives our players the best opportunity for success at the FIBA Basketball World Cup 2019 and the Tokyo 2020 Olympics.” – Rowan Barrett, General Manager, Senior Men’s National Team

“Following an extensive search for the next head coach of our Senior Men’s National Team, we firmly believe that Nick and Gordie are a great fit for our team moving forward.  By joining Canada Basketball as the full-time associate head coach, Gordie will provide the program with some much-needed consistency and continuity to help us achieve our goals this summer and beyond.  Nick’s dual role as Head Coach of both Team Canada and the Toronto Raptors is also another important step forward in aligning the Canadian basketball community.  Just like our recent partnership with the NBA and our provincial associations with the Jr. NBA Youth Basketball Program, our goal is that every organization involved in basketball will work together with Canada Basketball as one of our members to support each other.  In this way, we all can work together to pursue excellence, build community and provide a positive and safe experience to all basketball participants using the same values based approach.” – Glen Grunwald, President & CEO, Canada Basketball