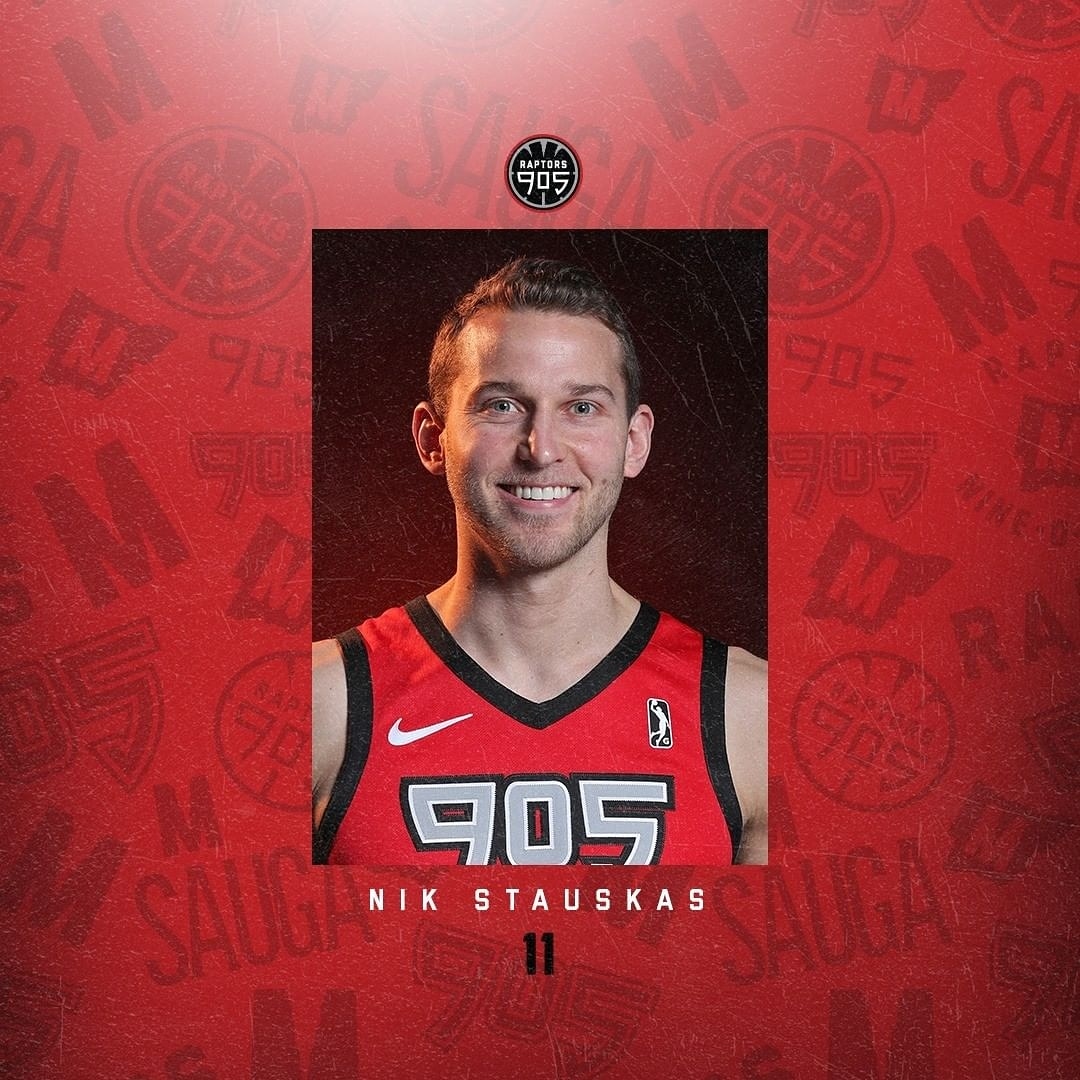 By Connor LamontMarch 6, 2021No Comments

Nik Stauskas on finding success in the G League bubble, “I’ve had fun playing again which is something that I’ve gotten away from in the past years”

Nik Stauskas knows what it means to be resilient.

After a journeyman career in the NBA came to an end with the Cleveland Cavaliers in 2019, Stauskas could have thrown in the towel and quit.

Furthermore, after a season with the Spanish club Baskonia of the EuroLeague didn’t pan out and being waived from the Milwaukee Bucks before the 2020-2021 season, Stauskas could have lost sight of his goal of making it back to the NBA.

Instead, he picked himself up and signed a contract with the Raptors 905 of the G League. Stauskas could have possibly made more money going back to Europe, but entering the G League bubble may have been his best shot to get back to the NBA.

At this point, it sure doesn’t seem like a mistake.

Stauskas has been an integral part of the powerhouse 905 team that leads the league in scoring and has won seven games in a row.

In the Raptors’ win against the Iowa Wolves, Thursday, Stauskas had a personal best 29 points and a season high 7 three pointers. Stauskas once again established his bounce back abilities against the Iowas Wolves after a tough shooting performance against the Oklahoma City Blue the previous game.

He is averaging 18 points per game, and as of March 5th, sits third in the league for three pointers made per game. The Michigan standout was one of the best shooters in the NCAA when he declared for the 2014 NBA draft, but has evolved to be so much more than that. He has demonstrated that he can score in a number of different ways and be a dependable leader for his team and coach.

“One thing I love about Nik is his passion,” said Raptors 905 head coach Patrick Mutombo.  “It didn’t take him long to buy into what we were preaching and then he became an advocate for our culture to the other players. “He’d been around with other programs and we’re just so privileged to have Nik.”

Mutombo also added that, “his leadership has been tremendous for us, I look forward to him continuing to grow.”

And growth is what Stauskas has done this season, but not just as a basketball player.

The 2021 G League season is being played in an Orlando bubble at the ESPN Wide World of Sports Complex. The COVID virus has forced the Raptors to play 15 regular season games in 23 days. It is safe to say that it has been a grind for all teams, but Stauskas is maintaining a more positive outlook.

“I’ve actually really enjoyed my time out here,” said Stauskas about his time in the G League bubble. “I think most importantly for me, I’ve had fun playing again which is something that I’ve gotten away from in the past years. I think it’s been easy to enjoy myself because of the coaching staff and the teammates that I have.”

Stauskas even has a sense of humour about the drudgery of the regular season schedule saying, “you mix that [the schedule] with the warm Florida weather and I’m all good to go.”

At this point in time, it is unclear how high NBA teams like the Toronto Raptors place Stauskas on their scouting reports. Regardless of how highly he is valued, Stauskas has made a compelling case in the bubble that he deserves another shot in the NBA.

For now, Stauskas has his eyes set on a championship run with the 905. He acknowledged that, “capping this off with a championship would probably be the cherry on top.”