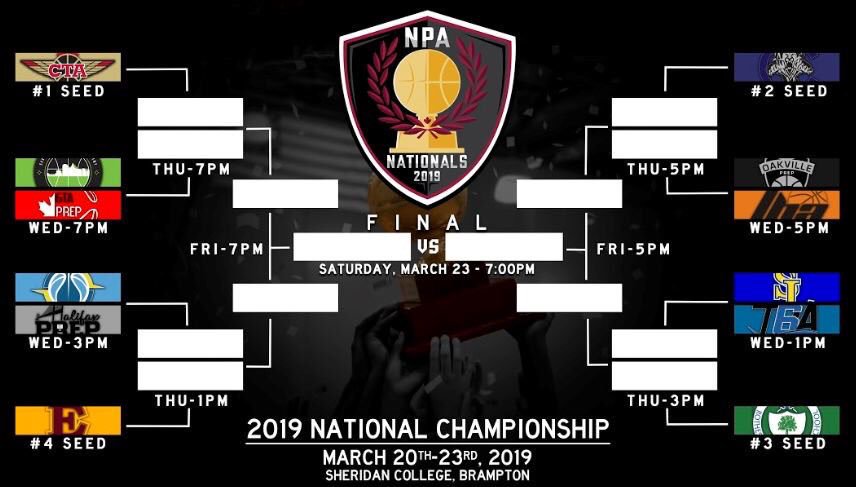 (Brampton, On) The third annual NPA Nationals are taking place from Wednesday March 20th to Saturday March 23rd at Sheridan College Davis Campus in Brampton, On.

The event features 11 teams from across the country in a true “National Championship” tournament of boys Prep Basketball teams.

Saint-Laurent was ruled ineligible for the National tournament due to their forfeiture of their final regular season game pursuant to league constitution by-law Article VI Section 3.1.

The action over the four days is gonna be intense as Halifax Prep and Northstar Prep kick things off at 3pm est. on Day 1.

The games will also be livestreamed via North Pole Hoops YouTube page. Click HERE for the links.

Written by: On Point Basketball