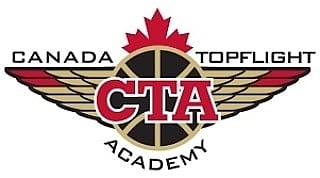 The NSC PLATINUM would like to welcome CANADA TOPFLIGHT ACADEMY (CTA) GOLD (Ottawa, ON) for the inaugural 2021 season. Over the last four years CTA has been a brand synonymous with excellence in Canadian Prep basketball. CTA in its first two seasons earned back to back NPA National Championships and have always been deemed a top program in the country. Among the two league championships CTA GOLD has captured numerous prestigious tournament wins including 2018 and 2019 Sun Youth Holiday Classic, as well as the inaugural Hardwood Classix hosted this past winter. This coming season should be no different as Coach Tony House has recruited hard and has secured some high level talent. The team will be led by Senior guards Luis Micourt (Ottawa) and Steeven Beljour Diaz (Montreal). The future also looks very bright with top Class of 2022’s 6’5 G Brayden O’Connor (Ottawa) and 6’10 F Jeremy Foumena (Montreal), both are garnering a lot of attention from multiple NCAA D1 schools. Rounding out their notable roster are future Class of 2023 stars 6’6 F Daniel Muila (Ottawa) and 6’5 G Nathan Christopher (Ottawa) both should help keep CTA among the best programs in years to come. All of their graduating players went on to play at various post-secondary institutions. Most notable alumni include: JD Muila (Southern Illinois), Manel Ayol (Hawaii), Louth Coulibaly (Holy Cross) and Aiden Warnholtz (Carleton). The NSC PLATINUM is pleased to include CTA GOLD, one of Canada’s best in our 2021 season #TheFutureOfBall