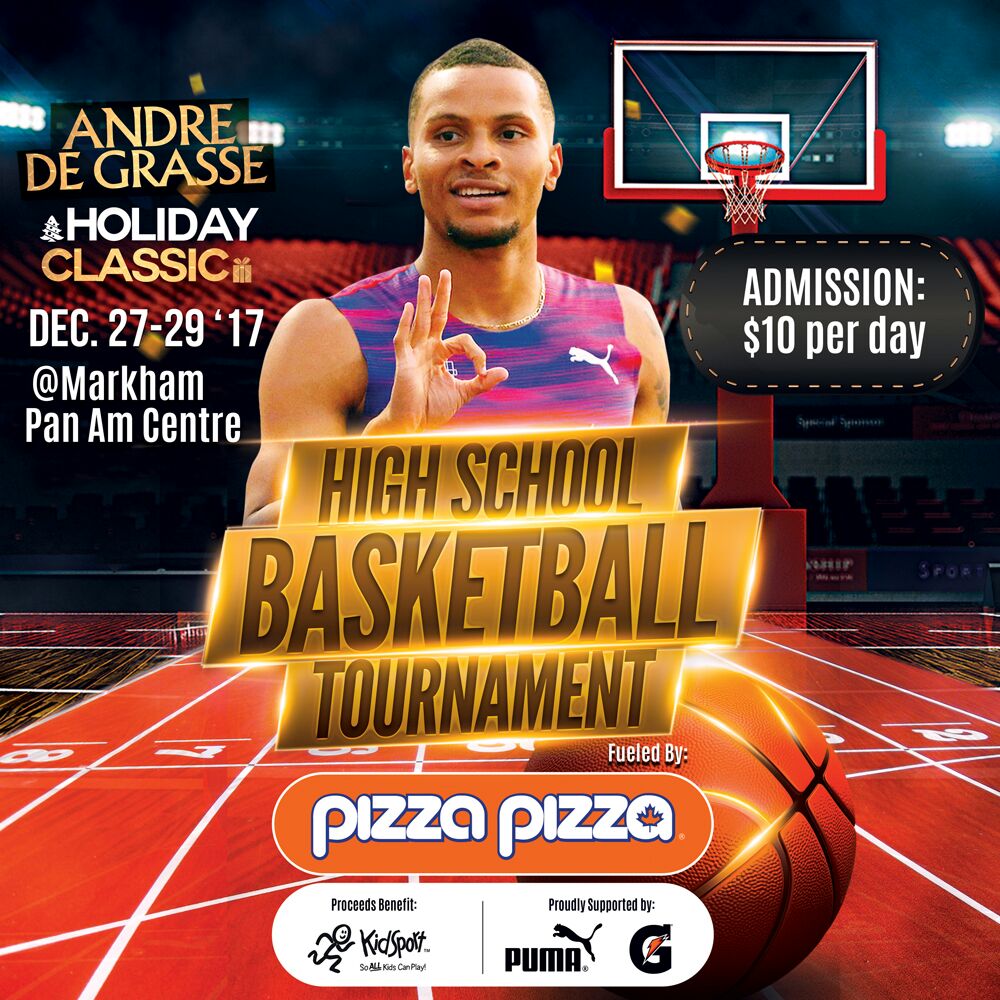 “I grew up playing basketball in Markham and those roots are really important to me,” said De Grasse. “Hosting a holiday basketball tournament is way to help showcase some of the amazing young talent being produced in the GTA while giving back to my hometown.”

Andre was raised in Markham, Ontario and played a variety of team sports including soccer, baseball and basketball before taking up track in his final year at Milliken Mills High School.

“Markham is incredibly proud of the many accomplishments of Andre De Grasse, both on the track and in the classroom,” said City of Markham Mayor, Frank Scarpitti. “Andre has represented our community proudly around the world, establishing himself as one of track and field’s most prolific stars while being a positive role model for all that look up to him. We are thrilled that he continues to give back to his local community by hosting this tournament in Markham.”

The tournament will see 31 teams face-off at the grade 6, 7, 8, junior, senior and prep levels. Thornlea Prep will headline the Prep division, led by coach Chris Skinner, who coached Andre in high school.

“It’s great that Andre is coming back to the community and putting on a basketball event,” said coach Skinner. “Basketball was his first love – we used to call him the next Iverson!”

The tournament is open to the public, doors opening daily at 8:45 a.m. Entry is $10.00 per person per day with net proceeds supporting KidSport. KidSport is a national not-for-profit organization that provides financial assistance for registration fees and equipment to kids aged 18 and under.

**Full team listing and schedule to be released prior to tournament.

The Andre De Grasse Holiday Classic is presented by Pizza Pizza with support from Puma and Gatorade.

“Pizza Pizza has been one of Andre’s biggest fans. This tournament is yet another great fit for our partnership since we love being involved at the grassroots level,” said Pat Finelli, Chief Marketing Officer, Pizza Pizza. “We look forward to celebrating the game of basketball with Andre and all of Markham at the Holiday Classic.”