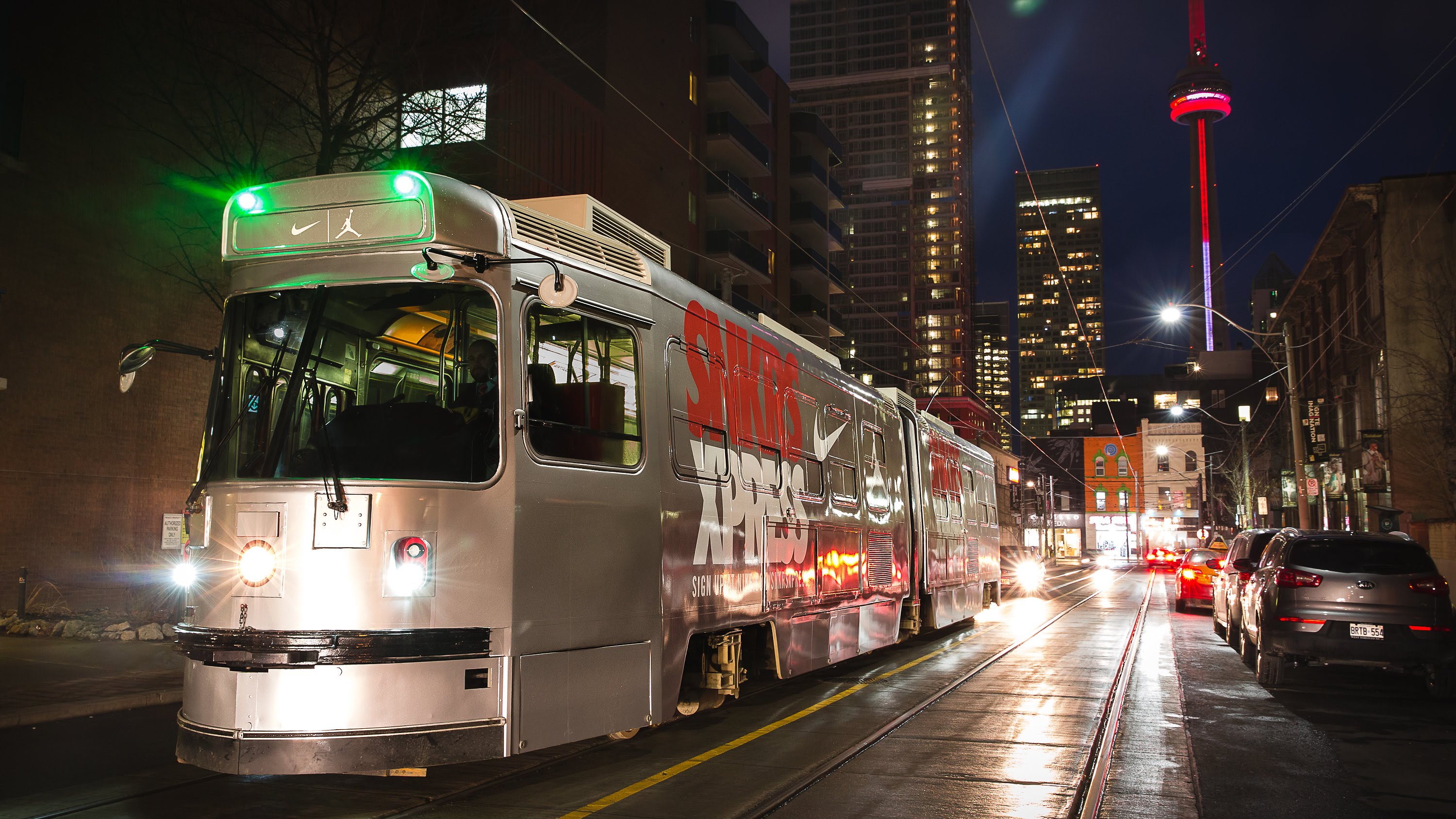 On Point On Location at the Nike SNKRS EXPRESS: NBA All-Star Week

Home » On Point Blog » On Point On Location at the Nike SNKRS EXPRESS: NBA All-Star Week

On Point was on location during 2016 NBA All-Star Week in Toronto for the very unique Nike SNKRS EXPRESS streetcar shoe emporium and moving display case. Shoes on display included the super-dope Kobe 11 All Star pack Black and Mint edition. Kevin Durant, Lebron James and Anthony Davis all dropped kicks to commemorate All-Star weekend in Toronto and they were all amazing!

Drew and Elwin checked out what the hype was all about and trust us…the Nike SNKRS EXPRESS was definitely ON POINT!

Per NIKE media release:
Nike and Jordan Brand have transformed a Toronto streetcar into the ultimate launch machine and destination for athletes and sneakerheads. Weaving its way through downtown Toronto for four days over All-Star weekend, with sister SNKRS Stations in New York, Chicago and Los Angeles, SNKRS XPRESS is where performance, culture and style collide, giving Nike+ members first access to the most innovative global footwear designs from Nike and Jordan Brand.

Produced and hosted by Drew Ebanks
Filmed and Edited by Elwin van Alst
Graphics by Mark Sylvain
Music used with permission
Special thanks to the Nike Toronto team for all the hospitality.
2016 Copyright On Point Basketball Inc.

Under Armour and Steph Curry have launched the Curry 3