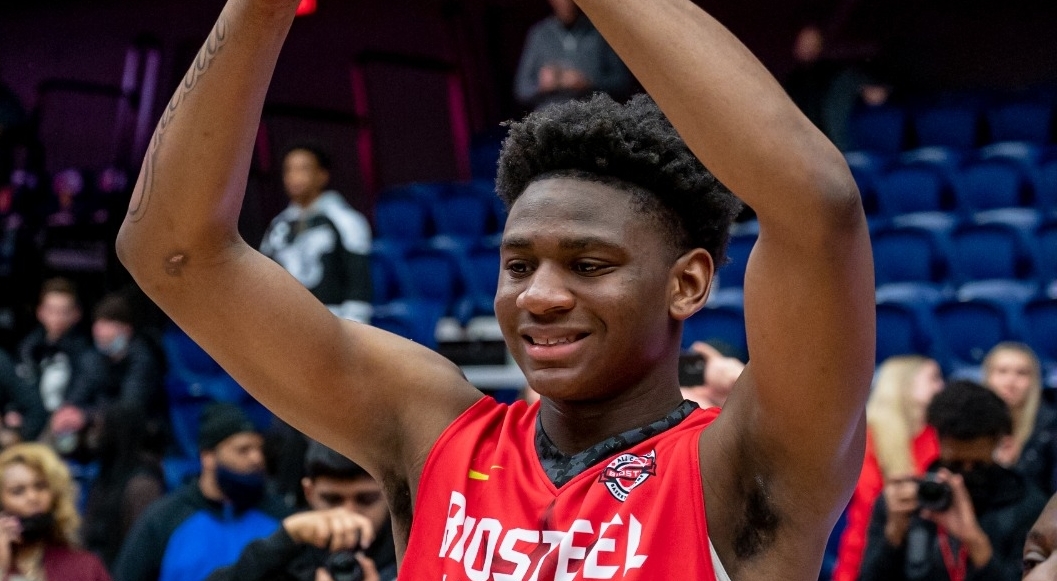 On Point Scouting (OPS) is proud to launch The Recruiting Roundup (TRR), a regular feature examining the recruitment and commitment landscape. With the Prep/High School season concluded, uncommitted upperclassmen HS prospects turn their eyes towards their college future. This will be the primary focus of the TRR over the next few days.

2023 Canadian prospect Elijah Fisher is quite a popular name amongst the recruiting ranks. Having a list of offers that includes over 20 schools, the 18-year-old just wrapped up his High School season with a semi-final loss to United Scholastic Academy 84-73 at the OSBA Final 8 (Ontario Prep Provincial Championships) in Oshawa, Ontario.

OPS’ Director of Scouting, Josué Sédjro, spoke to Rohan Fisher, Elijah’s father for an update on his recruitment.

This is shaping up to be a very busy month for Fisher. Last week, he took a visit to the OTE facilities in Atlanta, Georgia:

“There are a lot of perks that make OTE an attractive option: access to elite trainers on site 24/7, the feedback and consistent presence of NBA General Managers in the gym as well OTE’s schooling format. It’s quite amazing because not only the teacher to student ratio is capped at 1 to 2, but they craft an adapted curriculum to the specific interest of the student. We also like the role of a guy like Damien Wilkins as a life coach who has experienced everything in the world of basketball. Finally, they have a great media and marketing team with recognized industry leaders in charge”, said Rohan Fisher.

During the recent shutdown due to the pandemic, Fisher took a visit to Texas Tech on January 22nd: “I like their style of play. They play consistent defense and it feeds their 5-out offensive principals. I like coach Mark Adams and what he has built”.

Having assured OPS that reports of reclassifying are premature and nothing has been set in stone, Rohan Fisher confirms that his family plans to sit-down together and discuss Elijah’s options prior to making a final decision concerning his future.

As an integral component of the new Adidas’ circuit team Elite 6, Fisher is scheduled to play during the first two NCAA Live Periods between April 8-10 and April 22-24.

Currently, Auburn and Missouri visits are scheduled for the month of April. Memphis, Oklahoma and Pittsburgh are also on in the works with dates yet to be determined.

What are the plans for the rest of the summer?