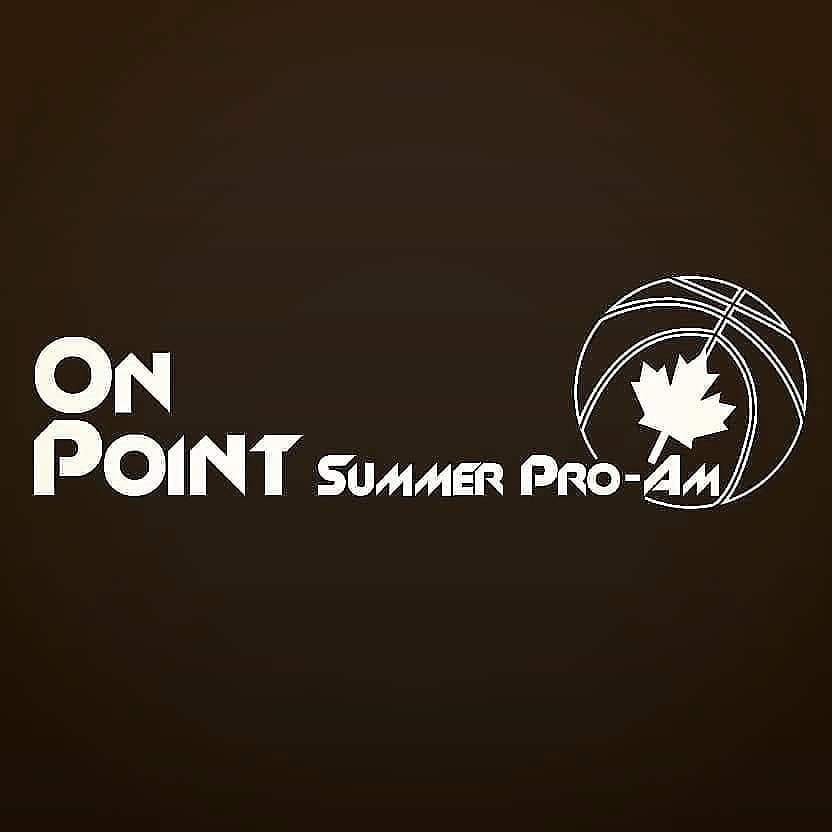 (Toronto, ON) Toronto Pan Am Sports Centre is again the location for the 3rd annual On Point Summer Pro Am.

Last summer, On Point once again met Toben in the championship game, but it was the team led by Tony Zou who took home the hardware!

Zou is dedicated to his Men’s teams like no other and Toben has been arguably the best team in various leagues and tournaments over the last three or four years.

On Point is once again led by Head Coach Trevor Challenger who also helms the Centennial College Colts Men’s basketball team. Challenger is steadily building a strong culture at Centennial, just a bit west on the 401 from the Pan Am Centre. Very dedicated to his Craft, Challenger always has his team in the hunt for championships and the On Point Summer Pro Am is no exception.

This summer, X-Men and Starting 5 and their new coach Menelik Fernandes look to take a giant leap and challenge one of the previous champions for supremacy in the Pro Am.

Ryan Xavier is the point man for the X-Men, bringing his vast basketball knowledge and organization skills to the forefront in any basketball project he’s involved in. His connections in the basketball community and the respect he’s earned allow him to always build strong teams consistently in the Pro Am and other basketball tournaments and events. You can count on Xavier being at least one thing and that’s laser-focused.

Former Team On Point Assistant Coach Fernandes, who’s had several coaching jobs including a stint with the York University Men’s basketball team, takes the reigns of team Starting 5 this season. Fernandez has been blessed with a roster full of talent and is ready make some noise in the On Point Summer Pro Am. Fernandes is a rising Canadian coach who has a very bright future on the sidelines where he’s passionate and is a great teacher of strategy and fundamentals.

The advent of the successful new CEBL Pro Summer League has meant that the On Point Pro Am has had to dig deep into its resources and extensive talent pool in the GTA to solidify it’s rosters. But make no mistake about it, there are players in the #OPProAm this summer and there are sure to be many highlight reel plays. The depth of talent in Canadian grows by leaps and bounds every day. The On Point Summer Pro Am’s purpose is to find those hidden gems and bring their talent to the light.

“The On Point Summer Pro Am is a vital piece that fits the Toronto and Scarborough basketball puzzle, said On Point Basketball founder and CEO Drew Ebanks.

“The league is in it’s third year and we feel that with a lot more planning and some corporate support, a possible shoe and apparel deal with various leagues’ sanctioning, could mean the On Point Summer Pro Am would be able to take that leap forward. With the Raptors winning the NBA title, we see a lot more interest in the sport and hope that translates to more corporate dollars flowing into the local basketball community”, adds Ebanks.

Check out the On Point Summer Pro Am teams, management and schedules below. Admission is FREE to all games including the Championship game and is a family focused event so bring the kids out and enjoy some high level Canadian basketball right in your back yard.

Click HERE for directions to the Toronto Pan Am Sports Centre