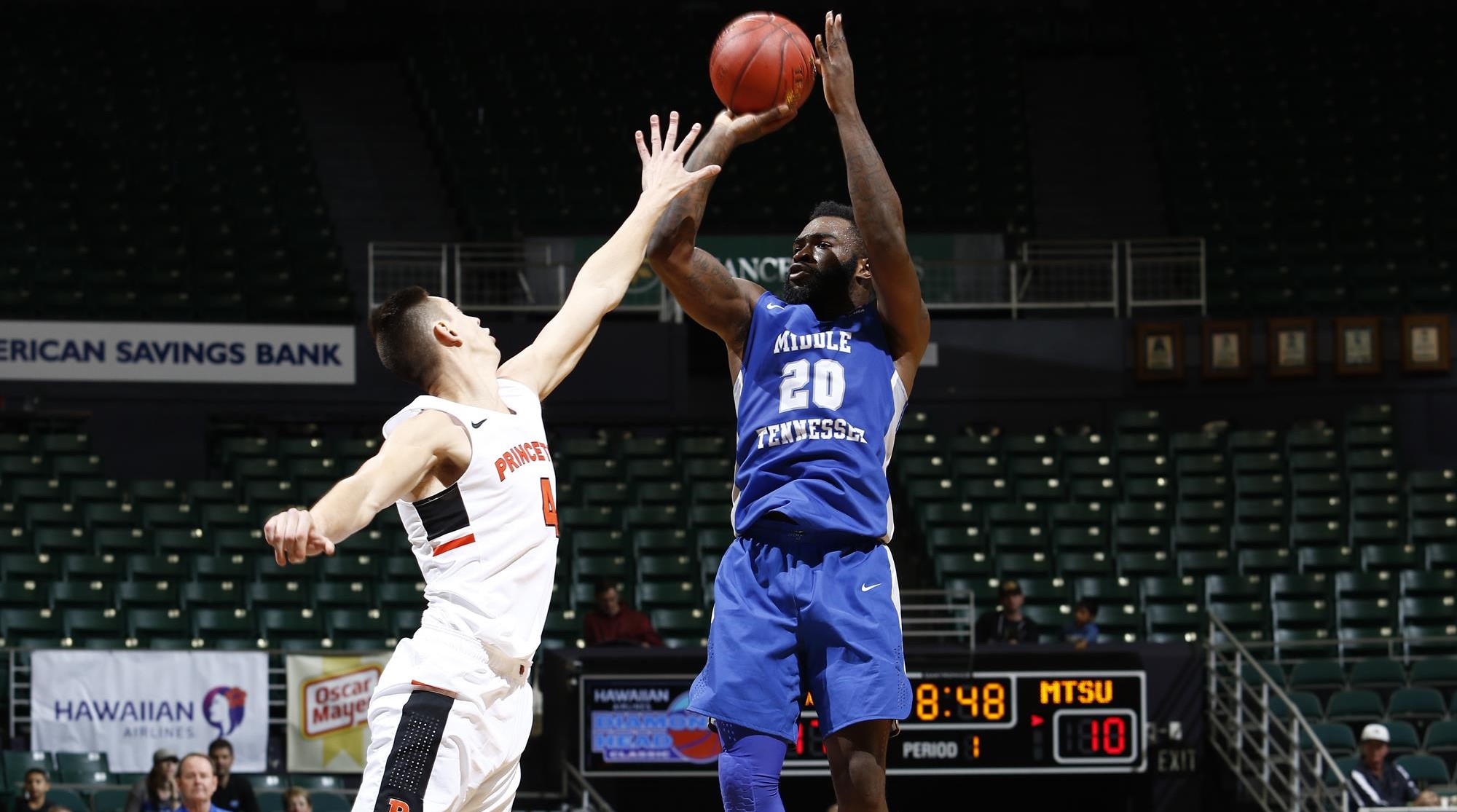 Although the Toronto Raptors didn’t have a pick available to them in this week’s NBA Draft it was still a busy week in Raptors land and the team ended up landing a player who could end up being a key contributor in 2018-19.

Potts had an outstanding four-year career at Middle Tennessee and is considered by many to be one of the best guards in all of college basketball over the past few years.

At 6’2, Potts is a little under-sized for the NBA but he has outstanding vision on the court and is an excellent three-point shooter. Potts was third in the NCAA in three-point shooting percentage (50.3%) during his sophomore season and finished with a career average of 41.7 percent.

Potts led his school to the NCAA tournament in two of the past three years with a record of 81-29 during that span. His head coach Kermit Davis had glowing reviews about Potts as a team leader and high character guy and he could be a good fit in Toronto if he can impressive during summer league in Las Vegas.

The Raptors also announced the signing of Arizona guard Rawle Alkins and Marquette’s Andrew Rowsey to their summer league team.

Rowsey is a pint sized guard at just 5’9 but he set school records for points scored (716) and three-pointers (122) during his senior season at Marquette.

Alkins played two seasons at Arizona where he averaged 13.1 points and 4.8 rebounds per game this past year while playing alongside eventual No. 1 pick Deandre Ayton.

The Raptors NBA summer league schedule was announced this past week with the first game scheduled for July 6 vs. New Orleans. They will play again on July 8 vs. Minnesota and close out the summer league the following day July 9 vs. Oklahoma City.

The Raptors G-League affiliate Raptors 905 announced Jama Mahlalela is their new head coach after the departure of Jerry Steakhouse to the Memphis Grizzlies.

Mahlalela has been with the Raptors front office since 2011 after a five-year playing career at the University of British Columbia.