Gill average just shy of a double-double this past season in Owen’s fast-pace offense. His 15.3 points, 9.9 rebounds and 2.4 blocks per game helped lead Owens to 26 wins on the season. An athletic, long forward, Gill is not only a force on the glass, but can step outside and shoot. In a conference full of long, lanky stretch such as Ohio’s Maurice Ndour, Gill provides BSU with some much needed offensive potential in a frontcourt depleted by graduation.

Gill, who will be eligible right away and has two seasons remaining, joins a class that has already signed four incoming freshman. Guards Jeremie Tyler and Francis Klapway, and forwards Sean Sellers and Rashaun Richardson have all signed during the early signing period.

In this Baller Status feature, Gill talks about his basketball journey and how his family has supported him every step of the way. Gill also dishes on being a South Asian baller in the hoops game and challenges that he has overcome on his dream to play NCAA Division 1 basketball.

Music by Shallay & Shem with permission 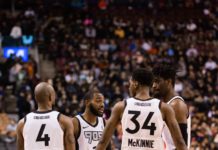 The Ball Father: The Inspiring Journey of Michael Kennedy 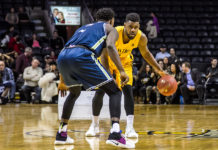