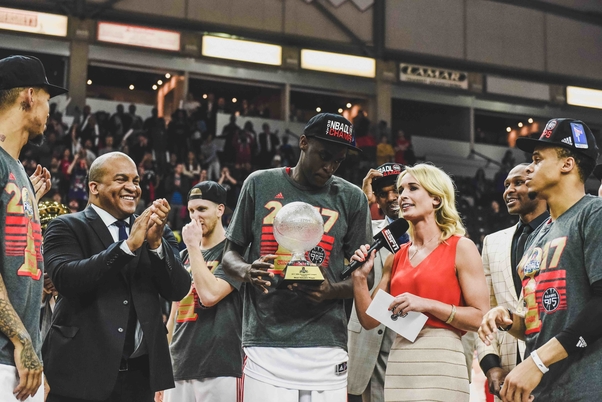 Team On Point was On Location as history was made when the Raptors 905 Franchise won their first NBA D-League Championship after only their 2nd season in the league. They defeated the Rio Grande Valley Vipers (Houston Rockets affiliate) 122-96 and took the series 2 games to 1.

The win capped a stellar season for the 905 as they finished with the league’s best record and second best regular season record ever in the D-League history. Head Coach Jerry Stackhouse, already named the D-League’s Coach of the Year, has put his name on the radar for an eventual gig coaching an NBA team.

On Point has the scoop as the Raptors affiliate made history.

Special Thanks to the Raptors 905 organization and the NBA D-League.