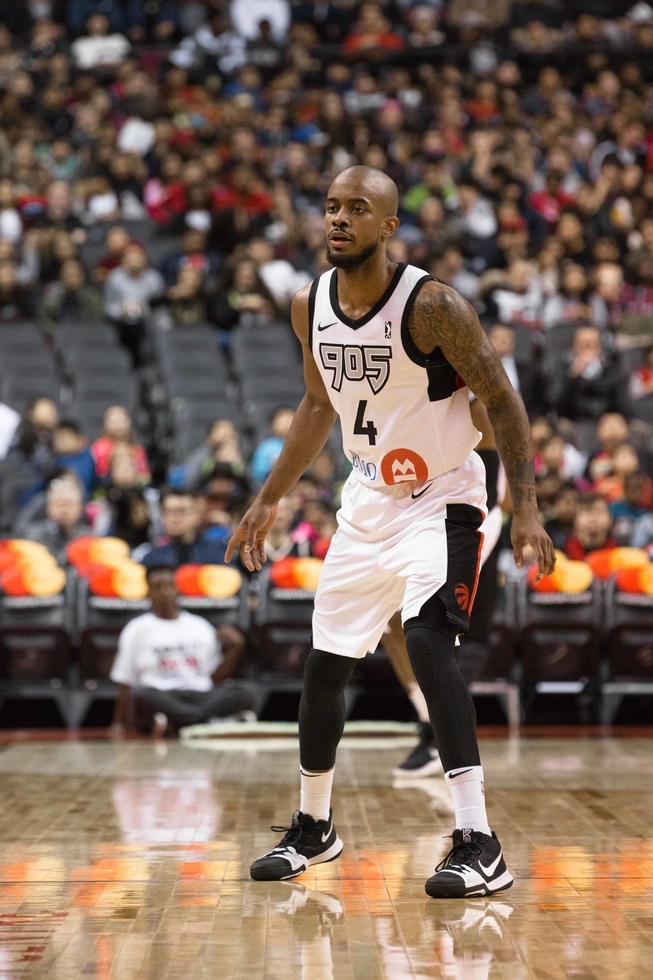 Raptors 905 dim the lights on the Salt Lake City Stars

By Jaspreet GrewalDecember 20, 2017No Comments

A decisive first quarter was all the Raptors 905 (7-10) needed as they sailed past the struggling Salt Lake City Stars (3-15) on Monday, defeating the visitors 99-87 and extending their winning streak to two games.

Lorenzo Brown helped carry the load offensively for the 905, scoring 16 points to go along with seven rebounds and 14 assists. Malcolm Miller recorded a team-high 22 points and connected on six three-pointers in the win, while Kennedy Meeks added 16 points and seven rebounds of his own.

For the Stars, Eric Griffin led the charge, notching a game-high 23 points and collecting 10 rebounds. Canadian Naz Mitrou-Long played a shade over 36 minutes, recording a near triple-double with 10 points (4-16 FG), 10 rebounds and eight assists in the loss.

Both clubs struggled early in the first quarter, at one point combining for 5-of-22 shooting and only recording 12 points after six minutes of play. Despite the poor play in the early stretches of the frame, the 905 managed to reel off a 20-10 run thanks in part to a flurry of triples (5-10 3PT) in the quarter, two of which came courtesy of Fuquan Edwin.

Salt Lake City looked defeated in the first half and showed no real signs of forging a comeback. Much of the issue stemmed from a chaotic offence that had no real structure or organization, leading to the club shooting a horrendous 22.5 per cent from the floor while also coughing up 14 turnovers.

The momentum shifted in favour of the Stars in the second half, where they outplayed the Raptors 905 in the fourth quarter 35-25 and outscored the home team 55-50 in the final 24 minutes, but it was all for naught as Salt Lake City was unable to recover from the succession of punches they endured in the first quarter.

Head coach Jerry Stackhouse praised the defensive effort by his group, but he was quick to point out some not-so positive elements in the club’s victory.

“Live ball turnovers are giving them easy opportunities,” he said. “Really, I felt like the way we were defending in the first half, that this was a game we could maybe keep them somewhere under 70-75, but again it was our offence that gave them some opportunities to get in transition and it’s just hard for us to guard when we’re throwing the ball away like that.

“Obviously, the offence [wasn’t] clicking. We have some guys who haven’t been with us for a couple of weeks and [now] they’re right back in the mix, but they’ll get a better feel for some of the changes and some of the things we’ve done to try to take advantage of the skillset on our roster.”

The 905 will welcome the Fort Wayne Mad Ants on Saturday, December 23rd at 2pm before traveling to Newark on the 27th to take on the Delaware 87ers at 7pm.