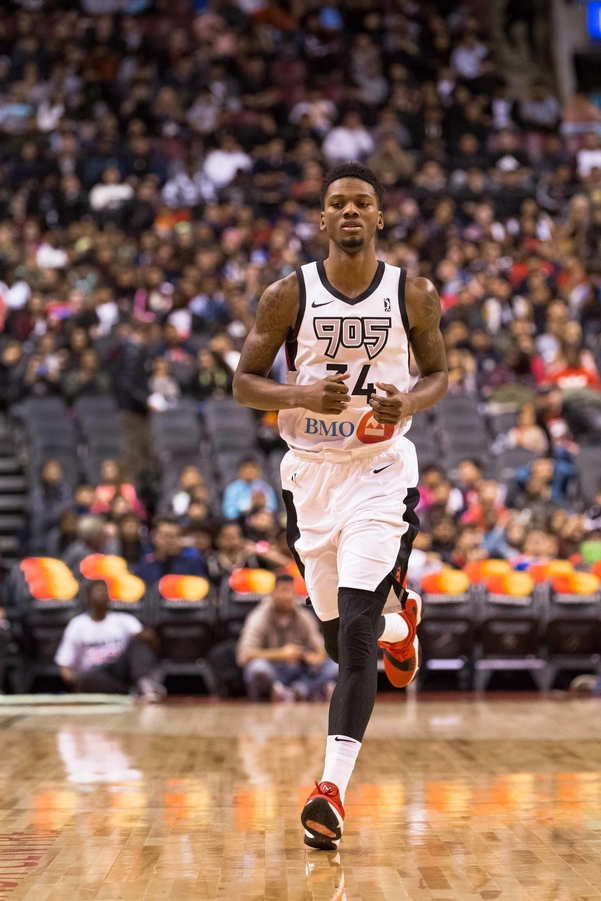 By Jaspreet GrewalDecember 24, 2017No Comments

After reeling off two consecutive victories and winning three of its last four contests, Raptors 905 stayed on brand Saturday afternoon, avoiding a near comeback and defeating Fort Wayne Mad Ants 98-94 at Hershey Centre.

The 905 averted a near come-from-behind victory by a noticeably desperate Mad Ants club, ultimately coughing up a 17-point lead in the third quarter and conceding 28 points off of 27 turnovers by the end of it.

The home team pounced on Fort Wayne immediately out of the gate in the first, igniting an 8-0 as McKinnie and Kennedy Meeks took turns trading baskets and making things difficult for defenders. But the Mad Ants countered with a run of their own led by Uthoff and Hicks, both of whom helped shave the deficit to three after one, 24-21.

The turning point of the game came midway through the second quarter. A lineup featuring Kaza Keane, McKinnie, Meeks, Davion Berry and Bruno Caboclo helped kick start one of the better defensive stretches played by the 905 all season.

Keane and Berry kept the perimeter busy with stifling defensive pressure, while Meeks and Coboclo hounded the Mad Ants bigs around the painted area frustrating the Mat Ants bigs.

The five-prong lineup held the visitors to 32.1 per cent shooting from the floor at one point and forced multiple turnovers in the process.

After leading 47-37 at the break, the 905 were able to hold strong for the better part of the quarter, expanding the lead to 17 (65-48) momentarily and looking like they would run away with the game, but Fort Wayne had other plans.

Hicks, Lemon Jr., and Tra-Deon Hollins combined for 18 points in the frame, helping thrust the Mad Ants within striking distance by the end of the quarter, 72-64, and forcing Stackhouse to play his key guys a little bit longer than he would have liked to.

The fourth quarter seemed to align fittingly with the back-and-forth theme consumed by the first three periods. The 905 came out firing on all cylinders and extended the lead back up to 14, but the Mad Ants refused to go away, countering with a run of their own and eventually knotting things up at 92 with just over a minute to spare.

It would be the Canadian-born Aaron Best who would come away with the game-changing play of the game. The combo guard sliced inside for a difficult right-handed layup over the outstretched arms of the Mad Ants bigs, giving the 905 a two-point advantage with little time to go.

Fort Wayne had one last chance to respond on the other end, but Uthoff would come up short on a straightaway 15-footer, leading to a pair of free throws for Brown and the victory for the home team.

The 905 will take its three-game winning streak into the break and will not play again until Wednesday, Dec. 27 when they visit the Delaware 87ers.

Notes: Sloppy play has been the prevailing theme for the Head Coach Jerry Stackhouse’s club this season. Both teams combined for an eye-rinsing 52 turnovers and together give up 57 points off those miscues.