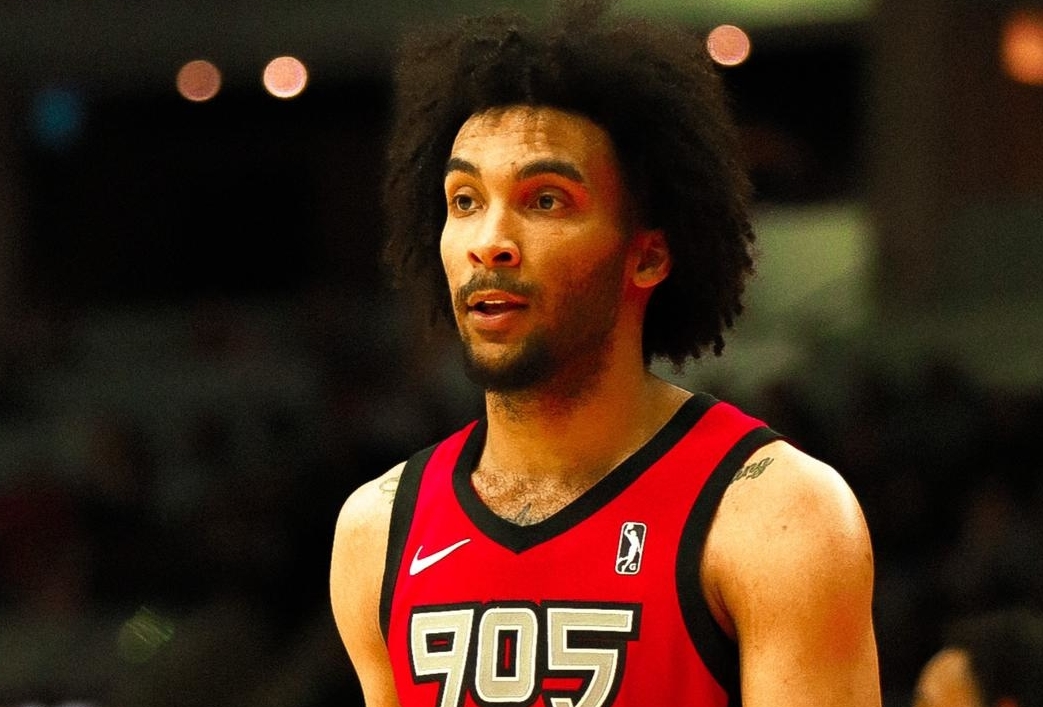 By Kyle OliveiraApril 8, 2022No Comments

(Mississauga, ON) In a playoff game for the ages, Raptors 905 outlasted the Capital City Go-Go with a 131-126 OT win at the Paramount Fine Foods Centre in Mississauga on Thursday night.

The new G-League playoff format meant that the conference semi-final was a single elimination, with the loser going home. The 905 finished the regular season as the top seed in the conference, and were considered the favourites heading into battle with the #4 ranked Go-Go.

The Raptors got off to a great start offensively through Dalano Banton, and were able to string together stops and open up a 35-23 lead. Things continued in their favour through the first few minutes of the second, before momentum violently switched hands.

At about the midpoint in the second frame Capital City began to shoot the lights out of the building, knocking down both contested and uncontested looks for an incredible 42 points in the quarter, giving them a 3 point lead.

The third quarter continued the offensive pattern as both teams got to the free throw line and made difficult shots. Capital City were shooting 57% from the floor heading to the 4th, but the 905 were able to keep things close.

The fourth was much of the same, coming right down to the wire with both teams having a chance to win it. In the end things remained level, and we headed to overtime tied at 123. The overtime period got off to a timid start, but the 905 turned things on and began to pull away from the Go-Go as time dwindled. It was a valiant effort from Capital City, but the Raptors clutch shooting proved to be too much as they snuck away with a 131-126 win.

It was a three-headed offensive monster for the 905 in this one, with Justin Champagnie leading the way with 29 points. Banton had it going early and finished with 25 points and 11 rebounds for the double-double, while Kevon Harris was dominant with 25 points of his own in just 27 minutes off the bench. Breein Tyree was impactful off the bench as well, scoring 19 points with 6 rebounds and 5 assists.

“We just had to do whatever it took to win”, said Champagnie post-game. “At this time of year there’s no going back, there’s not another game if we lose. We got some dogs on our team”.

Jordan Goodwin had it going for Capital City in the loss, leading the game with 35 points on 10/22 from the field. Former Michigan State Spartan Cassius Winston had a great outing off the bench, scoring 28 at an impressive 11/14 clip. Jordan Schakel had 22 points with 8 boards, while Jamie Echenique had 11 with 13 rebounds for a double-double.

Although they had difficulty boxing out in certain moments, the Raptors led the rebounding battle 55-44 which was crucial in securing the win. Capital City finished the game shooting 51% from the field, but the 905 did just enough in the second half to get timely stops and give themselves a chance to come back.

The game was close to the finish, with tension building from the third quarter on as the 905 trailed by 5 points or less for most of the half. This was a game that was predicted to be a win for the Raptors, and it says a lot that even though things weren’t going according to plan they were able to stick together and emerge victorious.

“We’re advancing”, said Coach Mutombo when asked about the most important part of the night. “We stay alive to fight another game. I was impressed with our will to win, it wasn’t about technique [tonight] it was about heart”.

The other Eastern Conference Semi-final goes Friday night at 8:30pm est. as the #2 seed Motor City Cruise host the #3 Delaware Blue Coats. The winner will take on the 905 in the Eastern Conference Final on Sunday the 10th at 7pm in Mississauga. It will once again be a 1-off do-or-die elimination game, with the winner advancing to the best-of-3 G-League Finals.