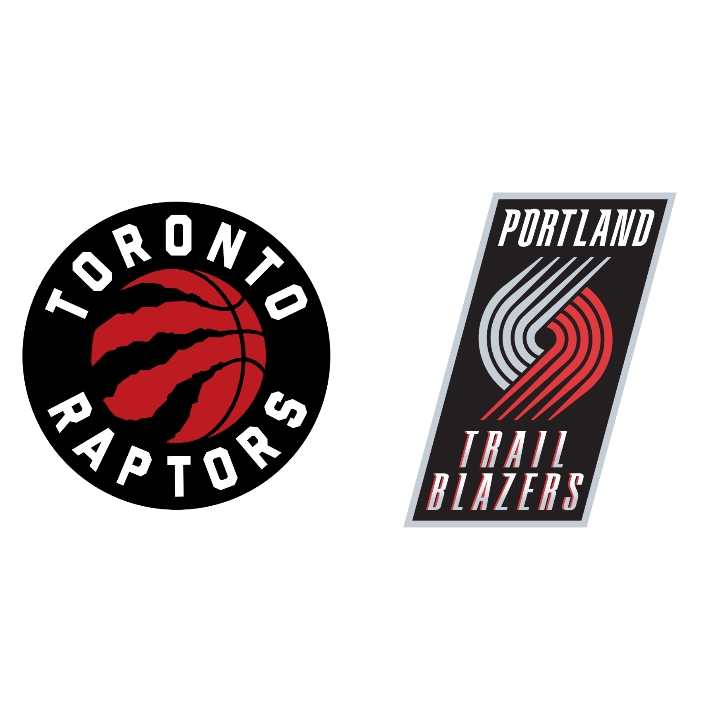 By Thomas DebostMarch 29, 2021No Comments

The Toronto Raptors lost a thriller on Sunday night at home to the Portland Trail Blazers 122–117.

This was bound to be anything but an ordinary matchup as familiar faces were back together again. Indeed, this was Norman Powell’s first game going up against his former teammates and a quick reunion as well for Rodney Hood and Gary Trent Jr. with their old squad. Not only this but nine of the last 11 meetings between these two clubs, including this most recent one, have been decided by 10 or less points.

OG Anunoby was impressive for Toronto and the Raptors were shooting well from deep early on. The Brit would head into the locker room with 16 and 5 at the interval while Damian Lillard already had 10 assists for Portland. Masai Ujiri’s latest acquisition Rodney Hood sank a buzzer-beating three-pointer to conclude the half in style and send his teammates into the third quarter with some extra confidence.

It is during the penultimate act however that the Raptors completely fell apart. They were 3/17 from the field with 2 minutes to go and had a five-and-a-half minute scoring drought midway through the third. Portland went on a 16-2 run and Toronto shot an abysmal 0-12 from deep during this period.

On a positive note for Nick Nurse, his bench finally gave him some serious numbers. Chris Boucher, who had not finished in double-digits since the loss to Utah ten days ago, tallied 18 points on 75% FG (6/8) while also grabbing 11 boards. Hood and Stanley Johnson also showed out with 13 and 11 respectively.

Down the stretch, CJ McCollum, as he so often does, came through for his Trail Blazers. No matter the defender or the type of shot, he found a way of getting the ball in the basket and punished the Raptors in crunch time. Derrick Jones Jr. gave Portland a huge boost as a sixth man, accumulating 17 points on almost 80% of his attempted shots (7/9). As a team however, superstar Damian Lillard and his squad shot just 10/34 from beyond the arc, or less than 30%.

The Toronto Raptors have now lost 14 of their last 15 games and desperately need to collect some wins if they hope to make a run for contention in playing postseason basketball. They will look to do just that as they travel to Detroit Monday night in a tough battle in a back-to-back matchup against former head coach Dwayne Casey and the Pistons at 08:00 pm. EST.