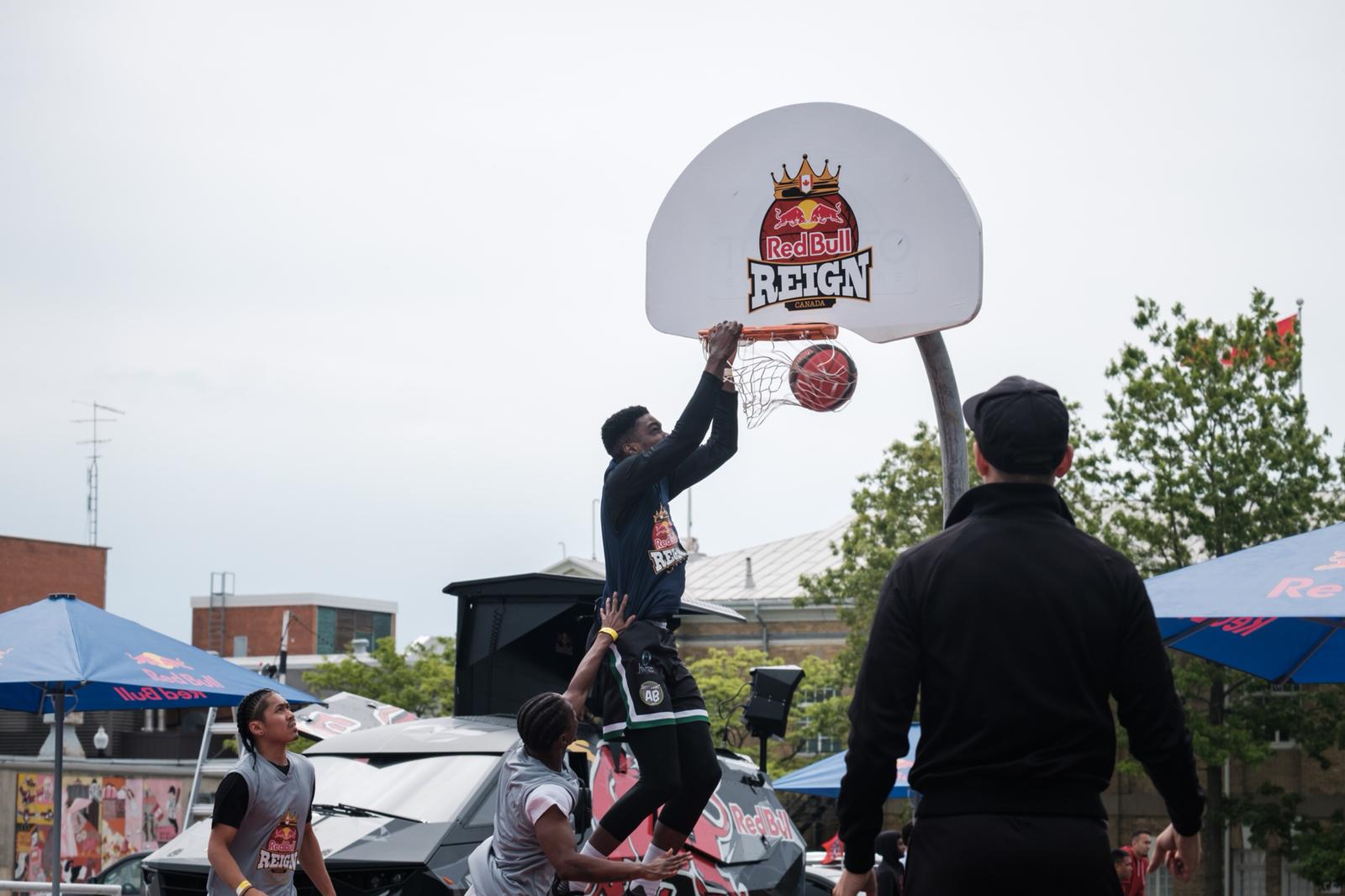 The final days of summer ’19 are upon us. The CNE will be open for one more weekend and families are preparing for the upcoming school year.

With Labour Day weekend so close, the Raptors championship run seems like a lifetime ago. During our city’s pursuit for the Larry O’Brien trophy, we all saw how diverse and multicultural the basketball fan base is.

This Labour Day weekend, the basketball world will convene under the Gardiner Expressway, at The Bentway on Saturday, August 31st. Teams will be arriving to Pearson International Airport from 15 countries: Angola, Belgium, Estonia, Hong Kong (China), India, Kosovo, Lithuania, Montenegro, Nigeria, Philippines, Russia, The Netherlands, Taiwan, Turkey and the United Kingdom to join Canada in the tournament.

The Bentway is where Red Bull will be hosting a 3-on-3 world basketball finals, where men’s and women’s finalists from 16 different countries will compete for a grand prize of $7,000 CAD (second place will take $3,000 CAD).

Games will be played on a half court designed by Legends League founder Bryan Espiritu and fellow artist Ghostface Adam. Games will be fast and high-octane — they are 10 minutes long or the first team to 21 points wins (1 point per basket and 2 points outside the three-point range). DJ 4Korners, the official DJ of the 2019 NBA Champions, will be spinning, keeping the energy pumping.

YouTube dunk sensation, Justin “Jus Fly” Darlington, will headline the dunk contest. Daniel Kabeya, known for his 50-inch superhuman vertical, will be there as well competing against “Jus Fly”.

Kabeya is excited to spread his wings. “It should be fun and exciting to fly with Jus Fly,” said Kabeya. “I’m excited to inspire more youth that look up to me.”

“I’ve performed in Toronto at (the 2016) NBA All-Star Weekend and won the (Bell Slam Dunk) contest there. So this will be the second biggest Toronto show next to that one that I’ve done.”

While the finalists have been determined for 15 countries, Canada’s finalists will be determined the day before the world finals, on August 30th, also at The Bentway.

Toronto’s regional champions, She The North (Women’s division) and Team On Point (Men’s), will be competing against Montreal, Vancouver and Winnipeg’s champions.

Team On Point’s Daniel Gordon expressed his excitement for this weekend. “I’m very excited about playing in the nationals. Playing in these tournaments aren’t easy and you never know the skill of your competition,” he said. “I’m proud of my guys and myself about how we performed (in the Toronto qualifiers), and we worked as a team.”

Highly acclaimed player and streetball legend and world class ball handler Joey Haywood better known as ‘King Handles’, will be representing Vancouver as their squad looks to punch their ticket to the worlds.

Be part of Red Bull Reign’s World Finals on the final days of summer, August 30-31st! Admission is free.

Red Bull is proud to be working alongside Canada Basketball, H&M and Wilson as our partners at the world finals.

Red Bull continues to support Toronto’s basketball culture. Last year, a nine-part documentary series called True North: Inside the Rise of Toronto Basketball was released in partnership with the National Film Board of Canada.

What: Red Bull Reign – a global 3-on-3 streetball tournament

Photos courtesy of Jacob Dicks. Check out Jacob on Instagram