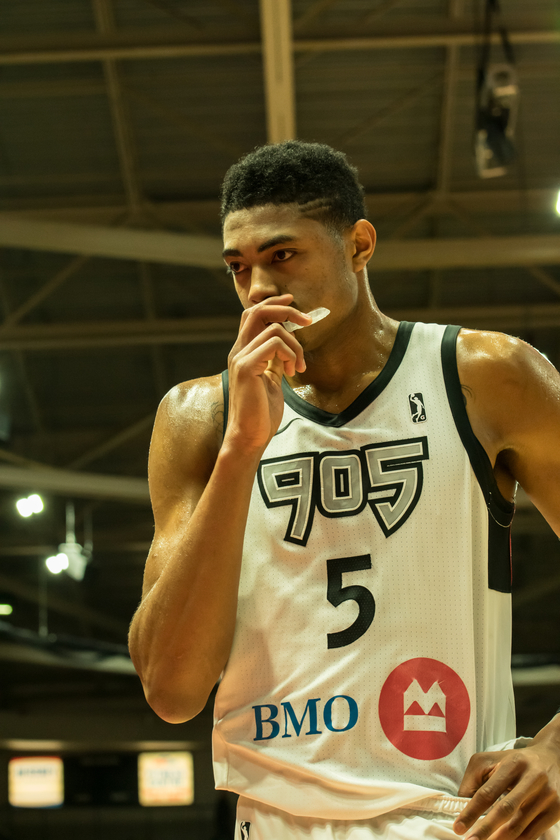 On a day where the matchup against the Windy City Bulls was marked Superhero Game, the Raptors 905 sure did bring out their capes in what was an offensive masterpiece.

Eight players scored in double figures for the Raptors 905 as they used a balanced effort to blow out the Bulls, 123-104, at the Hershey Centre. The 123 points marked a season high from the 905, along with their 33 assists as a team.

“It’s a fun way to play. I’m a little disappointed in Kaza (Keane) and AB (Aaron Best),” head coach Jerry Stackhouse said jokingly, referring to Best and Keane finishing with eight points each. “If they’d (each) made a layup, then we got ten guys in double figures.”

“It was probably one of them (best offensive games), for sure. It was well-balanced,” Kennedy Meeks said. “Our team did a great job of being aggressive the entire game and sharing the ball. Our chemistry is increasing every time.”

It is the fifth straight win for the 905, who now move to 10-10 on the season. A putback layup from Caboclo gave the 905 a 9-8 lead early in the first quarter and the team never relinquished it. Windy City, meanwhile, falls to 8-11.

Bruno Caboclo and Malcolm Miller led the 905 with 15 points each. Miller’s scoring was part of a 905 bench that outscored the Bulls’ bench, 62-26. The Raptors used a 43 point third quarter to turn what was a close game into a laugher.

“Our guys were locked in. They moved the ball,” Stackhouse said. “We probably played one of the best quarters that you’ll see in the G-League.”

Davion Berry had 14 off the bench while Kennedy Meeks had 13 points and eight rebounds. Fuquan Edwin and Alfonzo McKinnie each had 11.

Shevon Thompson had 10 points and led all players with nine rebounds off the bench while Lorenzo Brown finished with a double-double, scoring 14 points and dishing out a game high 10 assists. The point guards (Brown and Kaza Keane) combined for 17 assists. Keane also committed a game high three steals.

“We’re not going to shoot it (the ball) well every night but when it’s moving like that, it gives us a better chance to shoot it at a better clip than we have been,” Stackhouse said.

The Bulls’ Antonio Blakeney led all scorers with 27 points but on 22 shots. Mychal Mulder, a Canadian native, from Windsor, Ont., made his return home and finished with 14 points, including a couple of massive dunks.

Best hit a pair of triples to open up the spacing and Caboclo had six points on the inside as the 905 led 26-19 after one, despite Blakeney scoring eight in the quarter.

Blakeney heated up in the second quarter, making five of six shots with 11 points, but seven points from Berry and Meeks kept the 905 lead at seven (55-48) heading into intermission

Thompson scored six straight points early in the fourth and both teams then emptied out their benches, with the game out of reach.