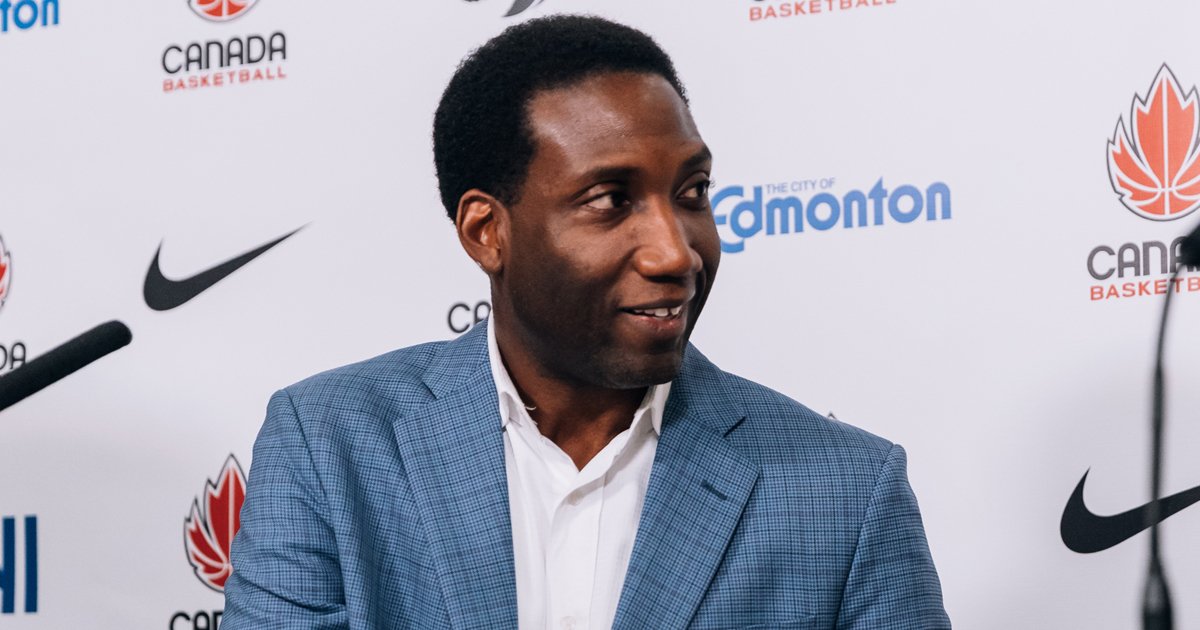 Barrett joined Canada Basketball management after being named Executive Vice President / Assistant General Manager in May 2012. He came to Canada Basketball after spending four years in a leadership role with Royal Bank of Canada.

“Rowan has demonstrated an ability to build a medal winning program and now he will be charged with assembling a coaching staff and roster which will give Canada our best chance to achieve our goal of medalling at both the FIBA Basketball World Cup 2019 and Tokyo 2020 Olympics,” said Glen Grunwald, President and Chief Executive Officer of Canada Basketball.

Barrett is responsible for further developing several aspects of the Senior Men’s National Team program including advancements in analytics, style of play, strategy and team personnel.

“It is a tremendous honour to take on this role and help guide our national team to success on the international stage,” said Rowan Barrett, General Manager, Senior Men’s National Team.  “Not only are we focused on the podium but also continuing to develop a culture of winning and sacrifice within our teams as we proudly represent Canada every time we step onto the court.”

“I am proud of the progress we’ve made as a country,” said Steve Nash, Senior Advisor.  “When I selected Rowan to be my Assistant General Manager, I knew he would do a good job and I am confident he will do a great job as General Manager.  I will always be there for Canada Basketball whenever Rowan or the team needs me.”

Most recently, Barrett was the architect behind Canada’s FIBA Basketball World Cup 2019 Americas Qualifiers team that finished first in Group F with a 10-2 record and earned the country’s first appearance at the World Cup since 2010.

“In order to ensure sustained and continued success on the international stage, it’s important that we continue to utilize our Targeted Athlete Strategy and NextGen programming to continue developing elite Canadian basketball players,” Grunwald said.

Since its inception in 2012, the Canada Basketball Junior Academy program, which was originally launched in Ontario, has expanded to multiple provinces and has greatly contributed to Canada’s rise from sixth to second in the FIBA World Ranking.  Four players from the program’s first class are projected to be selected this summer in the 2019 NBA Draft.

Under Barrett’s leadership, Canada captured a historic gold medal at the FIBA U19 Basketball World Cup 2017, the country’s first at a FIBA world level event and highest since a silver medal at the 1936 Summer Olympics.  The team was recognized for their achievements and honoured with the Canadian Press Team of the Year Award for 2017, becoming the first basketball team to be recognized since the award’s inception in 1966.

Since 2014, for the first time in the country’s history, Canada has captured silver at each of the FIBA U16 and U18 Americas Championships and has finished inside the top five teams at the FIBA U17 and U19 World Championships.

During his playing career, Barrett was the career leader in caps and ranks second all-time in Canadian Basketball history. Barrett represented Canada in more than 115 games, including co-captaining Team Canada to a 7th place at the 2000 Sydney Olympics.  In addition, he also represented Canada at the 1998 and 2002 World Championships, 2003 Pan American Games and the 1999 and 2003 FIBA Americas Championships. Barrett also helped lead Canada to a silver medal in 1993 at the World University Games.

A native of Mississauga, Ont., after graduating from West Hill Collegiate Institute (Scarborough, Ont.), Barrett attended St. John’s University (1992-1996) where he appeared in 98 games for the Red Storm.

Following his collegiate career, Barrett spent 12 years playing professionally in Europe with stops in Cyprus, France, Greece, Israel, Italy and Spain where he captured multiple championships.  During the 2004-05 season, Barrett earned Guard of the Year honours after averaging 21.5 points per game.  He also played professionally in Argentina and Venezuela.