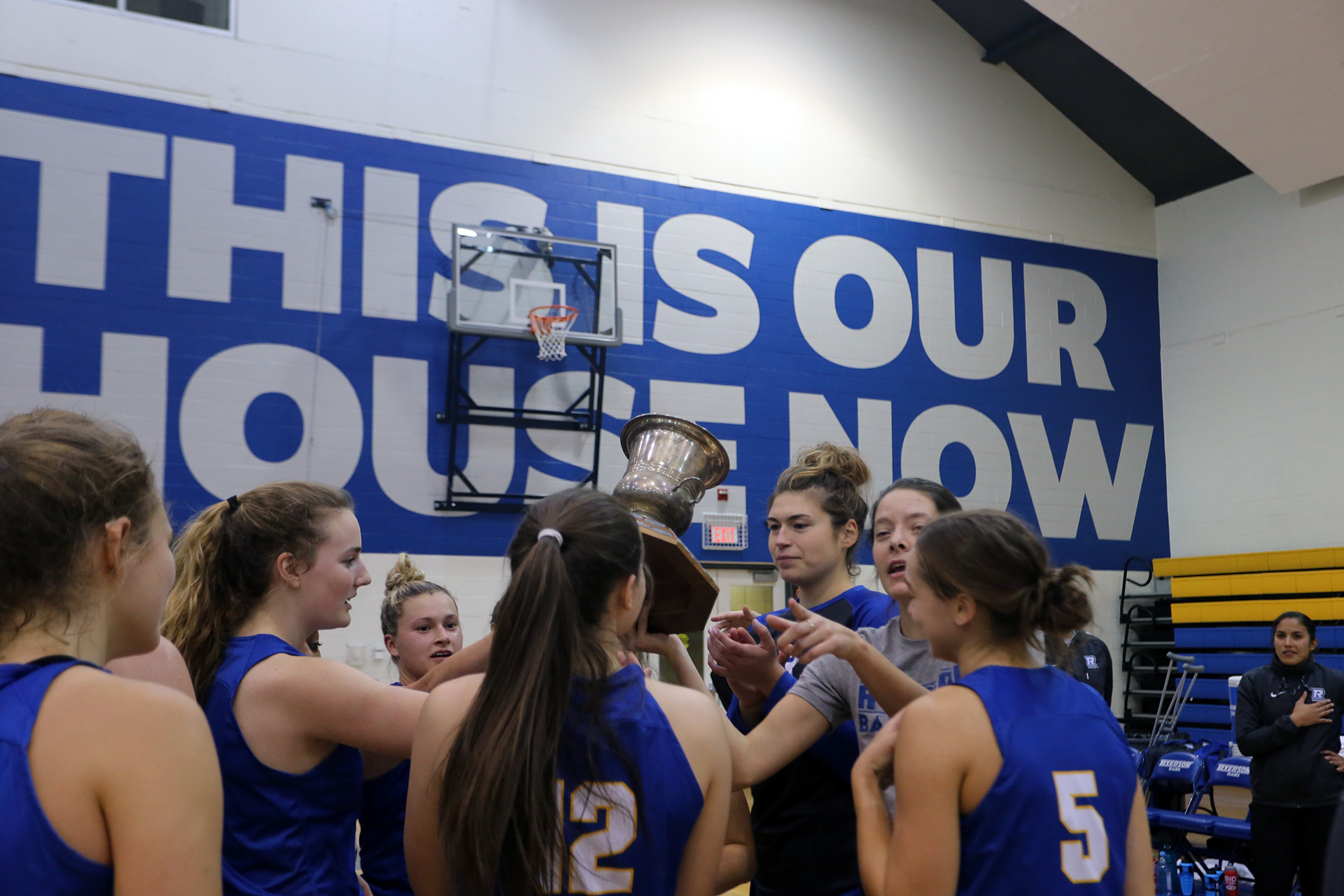 The Darcel Wright Memorial Classic: A Peek into 2019 U Sports Women’s Basketball Final 8 Championships and the Growth of Women’s University Basketball

It’s a Saturday night with less than one week before the 2018-2019 U Sports basketball season opener, and the McMaster Marauders faithful inside of Mattamy Athletic Centre is raucous.

The Marauders are applying pressure to their opponents with 5.2 seconds left in the fourth quarter in a preseason tournament date with the Saskatchewan Huskies, who were at this point hanging on to a 71-69 lead.

Smothering defence forces the Huskies into a five-second inbounding violation, and McMaster quickly takes advantage by advancing the ball up the court for a buzzer-beating transition three, sending the McMaster crowd of family and friends into a frenzy, and Saskatchewan’s head coach Lisa Thomaidis into a brief moment of disbelief.

“We did a really poor job managing the end of the game,” Thomaidis told On Point one day after the 72-71 loss. “We didn’t use the foul we had to give, we had trouble getting the ball inbounded, we gambled on things we didn’t need to. And then credit to [McMaster], they hit a big three at the buzzer to win it.”

Thomaidis added, “At the end of the day these are all about those learning moments and taking what you can from them… being in a tight game and having those situations simulated, I think are going to be a great takeaway for our team.”

McMaster and Saskatchewan were two of eight teams participating in the 31st Darcel Wright Memorial Classic this past weekend, with Ryerson, York, Western, Regina, Bishop’s and McGill also opting for a chance to squeeze in quality last-minute preseason competition.

Ryerson, the host team, went on to beat out McMaster Sunday afternoon in a 79-68 victory, after winning its first two tournament games against Regina and Bishop’s, to earn top place over the weekend tournament. The Saskatchewan Huskies eventually topped the Bishop’s Gaiters in the third place match to take home bronze.

With teams traveling to Toronto from Canada West, RSEQ and the OUA, the weekend in many ways represented an unofficial teaser for the U Sports Women’s Basketball Final 8 Championships, which will be hosted at the Mattamy Athletic Centre in March 2019, returning to Toronto for the first time since 1989.

The Ryerson Rams came out on top at the Darcel Memorial Classic, defeating McMaster Marauders 79-68 in the championship game.

“Obviously this is a basketball hotbed,” Ryerson Rams head coach Carly Clarke told On Point. “The Raptors are here, there’s lots of basketball excitement, lots of basketball development happening in Toronto, and I think it’s just a great location to have the tournament for U Sports exposure.”

Thomaidis echoed the same sentiment, adding, “I know a couple of years ago when the men hosted they did a great job. Last year, Ryerson hosted the [UConn Huskies versus Duquesne Dukes] game – they filled the gym, so I think there’s a ton of potential to really grow our game, gain some really good media attention and exposure around this tournament.”

With many teams using the Darcel Wright Memorial Classic to prepare for the upcoming regular season, the tournament also comes at a time where Thomaidis and Clarke are less than one month removed from their time in Spain at the 2018 FIBA Women’s World Cup this past August, where Thomaidis led the Canadian Senior Women’s National Team as the country’s Head Coach, with Clarke working as Assistant Coach.

At the World Cup, Canada earned a bye to the quarter-finals after an exciting come-from-behind victory against France, only to fall short to Spain (second in world rankings) for an eventual seventh place finish in the World Cup standings.

Ryerson Rams women’s basketball head coach, Carly Clarke, gets set to lead the Rams into a season where the university will be the host of the U Sports Women’s Basketball Final 8 in March 2019.

As the basketball talent continues to grow in Canada in tandem with the increasing number of athletes who decide that staying at home is the right decision, both Thomaidis and Clarke believe that the opportunity for Canadian university athletes to contribute to the national program will increase.

“The more players we have staying in Canada, I think the higher the level of the product is going to be, and it’s just going to perpetuate itself,” Thomaidis said. “So in terms of the qualification process moving forward and the tournaments we’re going to have to compete in, U Sports athletes may play a bigger role.”

“Two of twelve is a decent number to have some recognition,” said Clarke, “and we’ll certainly keep working to grow that when we can.”

With Canada’s Senior Women’s National Team basketball action now having passed, the Darcel Wright Memorial Classic showed those in attendance at the Mattamy Athletic Centre that if the weekend represented any indication for the level of play that Women’s U Sports basketball is capable of showcasing in March 2019, it will be an experience Toronto’s fiery basketball fan base won’t want to pass up on. A lot has changed in 30 years.

International Flair at 2019 U Sports Women’s Final 8: A Roundtable Conversation