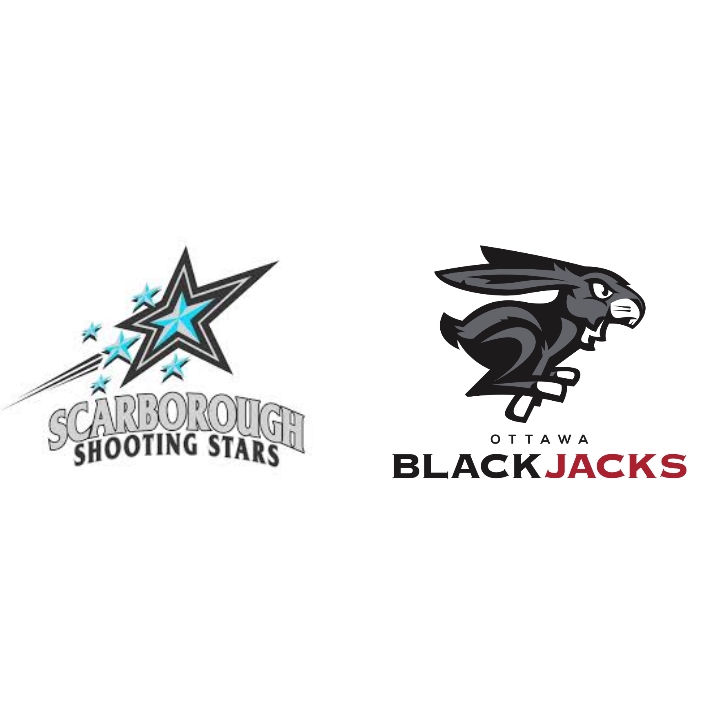 By Shaun McLeodJune 3, 2022No Comments

The Scarborough Shooting Stars found their shooting touch and their first win in franchise history with a 98-81 victory over the Ottawa BlackJacks.

Both teams were winless coming into this game, and the Shooting Stars went into the contest with the worst three-point attack in the league, shooting 25.9 per cent from deep. Within minutes it was clear Scarborough was looking to change that as they unloaded a three-point barrage from deep, led by Isiaha Mike, who had 21 points and nine rebounds on the game.

The BlackJacks would allow the Shooting Stars to hit 42 per cent of their threes throughout the game, with only Maxime Boursiqout applying sustained pressure on the three-point line. The league’s second-leading scorer, Deng Adel, was also kept in check as he scored 18 points and didn’t get on the board until late in the first quarter.

For the first time this season, the Scarborough roster clicked. Every player who checked into the game had at least three points. Point guard Jermaine Cole aka J.Cole, hit his second CEBL basket with yet another three-point shot, David Muenkat had seven points off the bench, and Jean-Victor Mukama continued to show the flexibility in his game with eight points and three rebounds.

Even with the bench production, the starting lineup truly shined the brightest this game. Mike set the tone early with his shooting, and it was matched by Jalen Harris, who scored 17 points, Kameron Chatman, who scored 12 points, Kalif Young with 10 points, and Xavier Rathan-Mayes showed up in the manner everyone expected him to with 14 points, nine assists and dagger in Elam time to put the game away.

The Shooting Stars will now head home for the first time this season with a victory in hand. They’ll face the Hamilton Honey Badgers, one of the deepest teams in the league, who are coming off a 103-85 win over the Guelph Nighthawks on Wednesday night. The game is already sold out – making it the fourth game in a row the Shooting Stars will be playing in front of a packed crowd.