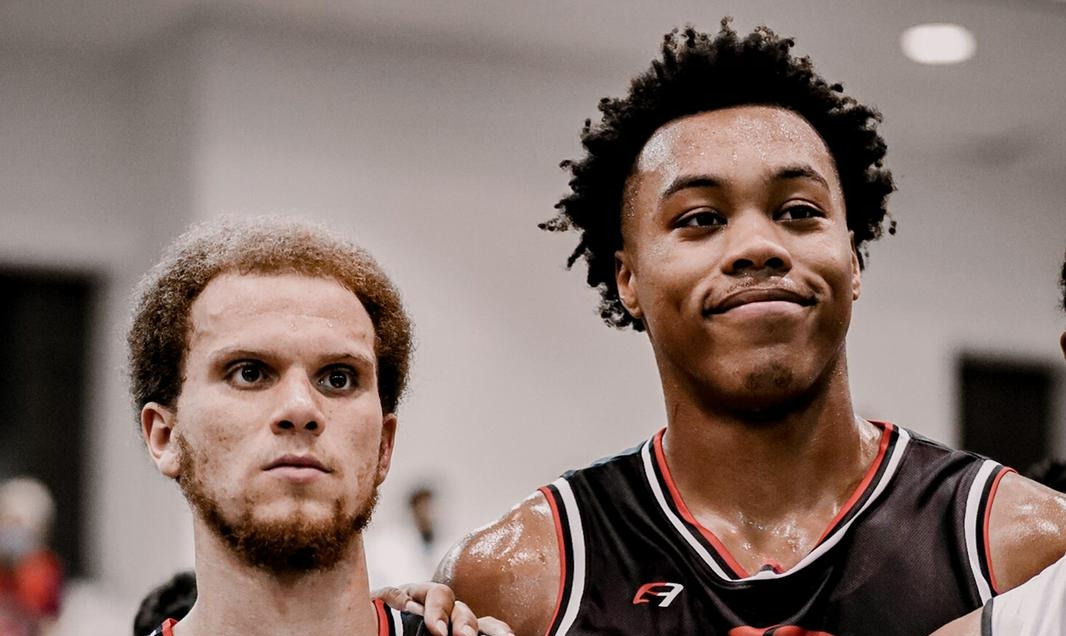 By Kyle OliveiraAugust 23, 2022No Comments

Starved Raptors fans were treated to some exciting basketball this past weekend at the Mattamy Athletic Centre in downtown Toronto.

After back-to-back showcases in Vancouver, the ‘Ball Don’t Stop Pro-Am’ – one of Canada’s biggest summer basketball events – travelled east for the 2022 edition, and featured a couple big names.

2022 NBA Rookie of the Year Scottie Barnes and fellow Raptor Malachi Flynn announced shortly before the event that they would be taking part, drumming up excitement and creating a large crowd at the old Maple Leaf Gardens on Saturday afternoon.

Barnes was electric, scoring 34 points and making a long list of highlight-reel plays, but it was actually the 2020 first-round pick out of San Diego who took over the event.

Flynn scored 54 emphatic points in front of a raucous crowd, including an arsenal of heat-check threes that almost seemed pre-destined to fall. Everything went right for Flynn, down to the showmanship and swagger that Raptors fans will be hoping carries into next season.

The incredible performance was not just a one-off, as Flynn has been making his mark across pro-am circuits all summer long. The 6’1 guard scored 73 points at Jamal Crawford’s CrawsOver pro am in Seattle a month ago, and dropped 52 in a Drew League game at the end of July.

Flynn regressed in his sophomore campaign both in playing time and efficiency, but the performances on display this offseason should give Raptors fans hope for next year. Of course, it’s expected for NBA-calibre players to dominate summer showcases, but the sheer confidence from Flynn alone is something to take note of heading into the 2022-2023 season.

For Barnes, the performance continues his hype into next season as he looks to further prove himself as the best in his draft class. The Florida State product has the potential to become one of the league’s biggest stars, and Saturday’s crowd at the Mattamy definitely gave him that respect.

All in all, the 2022 ‘Ball Don’t Stop Pro-Am’ was an overwhelming success, both in terms of the Raptors angle as well as from a basketball angle in general. The atmosphere was top-notch for summer ball, and shows just how excited the city is for the NBA season to get underway.

Check out our On Point Basketball Instagram page for more content from the event including photos and videos from the High School ballers action.