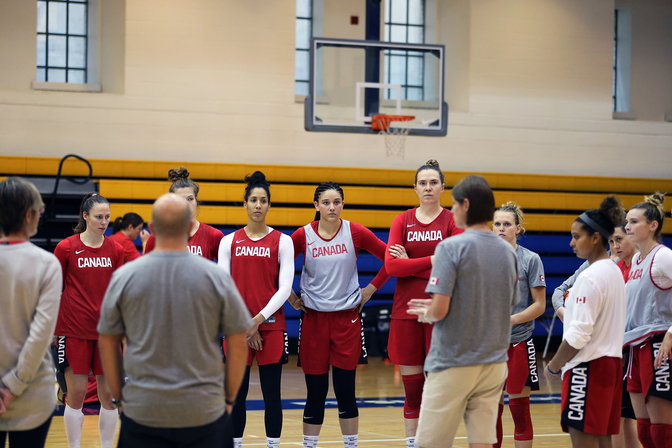 “After a very competitive training camp, we have a roster that we’re really excited about,” said Lisa Thomaidis, Head Coach, Senior Women’s National Team.  “We’re looking forward to this next stage of training and competition, where we’ll be able to measure ourselves against some of the best teams in the world prior to competing at the FIBA Women’s Basketball World Cup.”

Canada is in Group A for the 18th edition of FIBA’s flagship women’s eventand will face Greece (Sept. 22), Korea (Sept. 23) and France (Sept. 25) in the Group Phase. Click here for the competition schedule.

“Training camp was a great chance to see the athletes compete and observe the progress they have each made over the past year,” said Denise Dignard, Director Women’s High Performance. “Each one of them is an incredible ambassador of our Canadian team and committed to the goal of getting Canada to the podium.”

“The upcoming opportunity to compete at the FIBA Women’s Basketball World Cup and against other top nations is invaluable towards our team’s preparation for Tokyo 2020,” Dignard said.

The FIBA Women’s Basketball World Cup is the biggest international women’s basketball competition and brings together the 16 best teams from across FIBA’s four regions – Africa, Americas, Asia and Europe.

Prior to the FIBA Women’s Basketball World Cup, Canada will travel to Webster Bank Arena in Bridgeport, Connecticut for a two-game exhibition series against Japan (Sept. 7) and USA (Sept. 8).  Before arriving in Tenerife, Canada will face France, USA and Senegal in a four-team tournament in Antibes, France (Sept. 15-17).