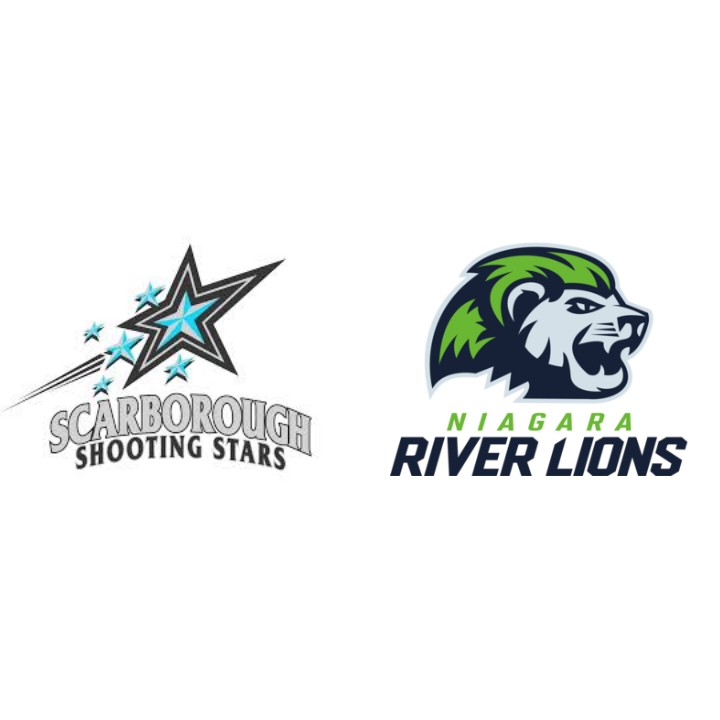 Shooting Stars go into the Lions’ Den and defeat Niagara 86-75, clinching a playoff spot in the process

Home » On Point Blog » Shooting Stars go into the Lions’ Den and defeat Niagara 86-75, clinching a playoff spot in the process

The Scarborough Shooting Stars have secured their first Canadian Elite Basketball League (CEBL) playoff spot with an 86-75 upset win over the second place Niagara River Lions on the road.

The Shooting Stars came into the game with confidence after finding their footing in the last game against the Edmonton Stingers on Tuesday. Isiaha Mike, a player who had barely got time to practice with the team before the first game, once again led all scorers with 20 points while showcasing his improved three-point shot, going five of eight from downtown. With the win, they improved to 10-7 on the season.

Khalil Ahmed, the league’s leading scorer, was also kept in check by the Scarborough defence, being held to just eight points on 22 per cent shooting. In his absence, Antonio Davis Jr.(Son of former Raptors forward Antonio Davis who was also in attendance) went off for 19 points while grabbing 10 rebounds and Elijah Mitrou-Long chipped in 18 points and six assists.

Scarborough’s depth and tenacity continued to shine through despite the River Lions’ standout performances. Kameron Chatman scored 12 points and had seven rebounds, Kalif Young, Marcus Anderson and David Muenkat had 10 points each and Calvin Epistola continued to carve out a spot for himself in the rotation with seven points, eight assists and four rebounds.

The loss comes as a huge blow to the Niagara River Lions’ chances of grabbing the top seed from the Hamilton Honey Badgers, as they will now need to win out to have any chance of catching Hamilton in the final two games of the season, and will likely need some help on top of that.

For Scarborough, it secures their spot in the CEBL playoffs in the inaugural season. The seeding will likely not be set until the final games are finished with just one game separating the third seed and the sixth seed currently – the difference between being in the play-in games, vs hosting a quarterfinal game at home.

Scarborough will now head home and play their final two home games on July 24 against the Saskatchewan Rattlers, and on July 28 against the Fraser Valley Bandits, which will be an important match up to watch with Fraser Valley currently in fourth place, just one spot behind the Shooting Stars.